Senator Paul said that the governor is not pointing to science in the decision and called it 'unreasonable' for Beshear to be involved. 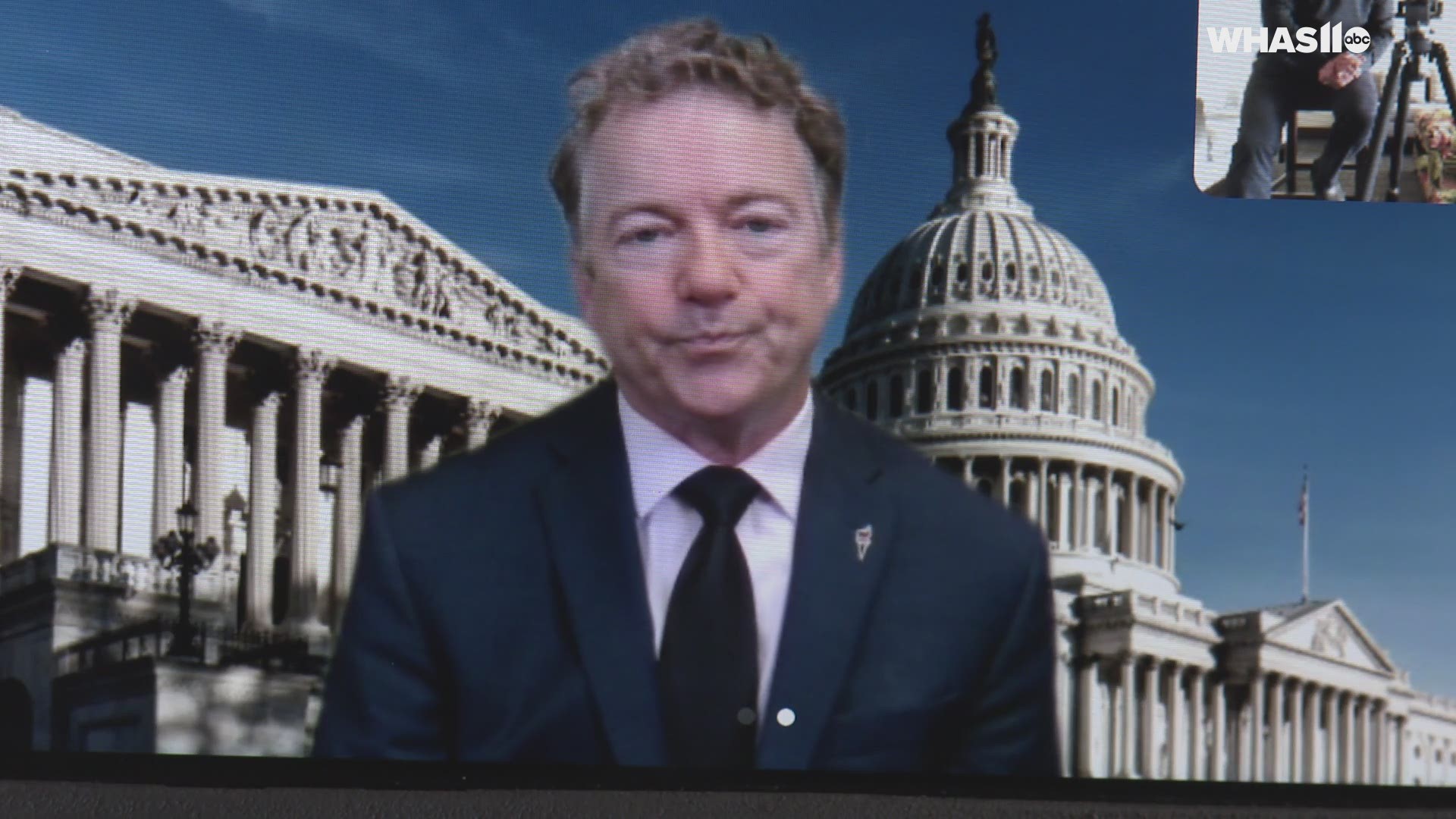 Earlier this week, the governor said when 2.5 million Kentuckians receive the first dose of the COVID-19 vaccine, capacity restrictions on nearly all events, businesses and venues that serve fewer than 1,000 customers would be removed.

Sen. Paul asserted that the governor is setting the goal without a scientific based approach in mind and that he "snatched a number out of the air."

"It's unreasonable for him to get involved with this at all," Paul said. "He could give suggestions, he could try to point to some science. He's not pointing to any science, he snatched a number out of the air and said, 'Oh, we've reached this number.'"

As of April 14, Beshear's Office said 1.6 million Kentuckians had received the vaccine.

Paul went on to call Beshear's ability to impose emergency order restrictions throughout the Commonwealth 'illegal.'

This topic has been subject to challenges in court and within the state legislature throughout the COVID-19 pandemic. Most recently with a Kentucky judge blocking an attempt by lawmakers to restrict Beshear's efforts to combat the pandemic.

"What he's saying in court is that he has unlimited powers, these are inherent powers that God gave to him that nobody can take away from him," Paul said. "I think that's a very, very dangerous argument. It would lead to unlimited power, he's already tried to exert this in closing down religious schools as well as closing down churches. Each time, the court has rebuked him. I think now the state legislature has rebuked him, and still yet he continues to carry on thinking that he's somehow king."

Paul said he agrees with the pause of the Johnson & Johnson vaccine with the discovery of unusual blood clots found in six women after receiving it.