SC governor signs bill banning most abortions in the state

The measures bans abortions after a fetal heartbeat is detected, which is typically about six weeks after conception. 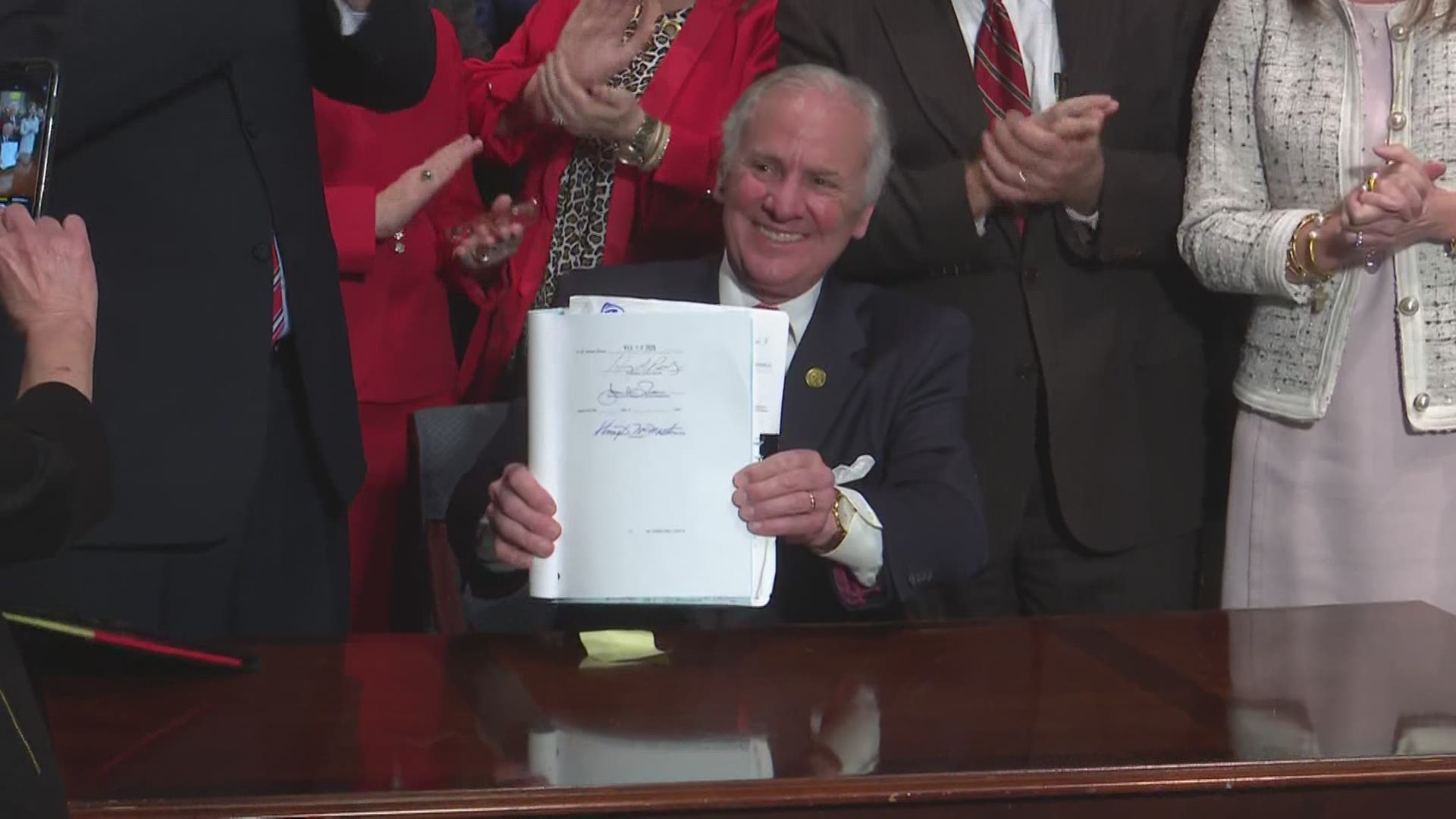 COLUMBIA, S.C. — South Carolina Gov. Henry McMaster has signed into a law a measure banning most abortions in South Carolina about two hours after it passed on a final vote.

The House gave the “South Carolina Fetal Heartbeat and Protection from Abortion Act”  a final procedural vote Thursday. They'd approved the measure  on a 79-35 vote Wednesday.

The bill officially passed in the House 74-39 Thursday morning.

"This has been a long time coming," McMaster said in signing the bill. "We have a duty...to protect life above all else."

There has been an expedited process this session to get the measure approved. The proposal passed the Senate on January 28.

The measure is unlikely to take effect, however, as it faces almost certain challenges in court. Shortly after getting final approval Thursday, Planned Parenthood and the Center for Reproductive Rights announced they'll sue over the law.

A dozen states passed similar measures before South Carolina. All of them are tied up in lawsuits.

The ‘fetal heartbeat’ bill has officially passed in the House 74-39. Governor Henry McMaster will sign it into law in a couple hours. @WLTX pic.twitter.com/zfPSN5N9Nm

The measures bans abortions after a fetal heartbeat is detected, which is typically about six weeks after conception. That's often before most women known they're pregnant.

The bill would fine doctors $10,000 for either failing to check if there's a fetal heartbeat or for performing a scan but proceeding anyway. They'd also face two years in prison on the felony charge. The bill makes no mention of penalties for women seeking an abortion.

The bill has exceptions for pregnancies caused by rape and incest and when the mother's life is in danger. Abortions are already banned in South Carolina after 20 weeks of pregnancy unless certain medical exceptions are met.

RELATED: 'State government needs to stay out of it.' Advocacy groups speak out about abortion bill

Ann Warner with the Women's Rights and Empowerment Network (WREN) says women have the right to an abortion. She says it's, "So extreme and so dangerous."

"The state government needs to stay out of it, and leave it up to the people who are most affected by that decision," Warner said. "Women and all the people who can get pregnant in this state have the ability, the intellectual and moral ability to make those decisions."

Dave Wilson with Palmetto Family Circle says the bill will save lives. He says, "A heartbeat is a very clear sign of life," Wilson said. "There have been more than 531,000 South Carolinians who have lost their life to abortion since 1970."