The Georgia Democrat has indicated before she was uninterested in being named a VP candidate during a primary run. 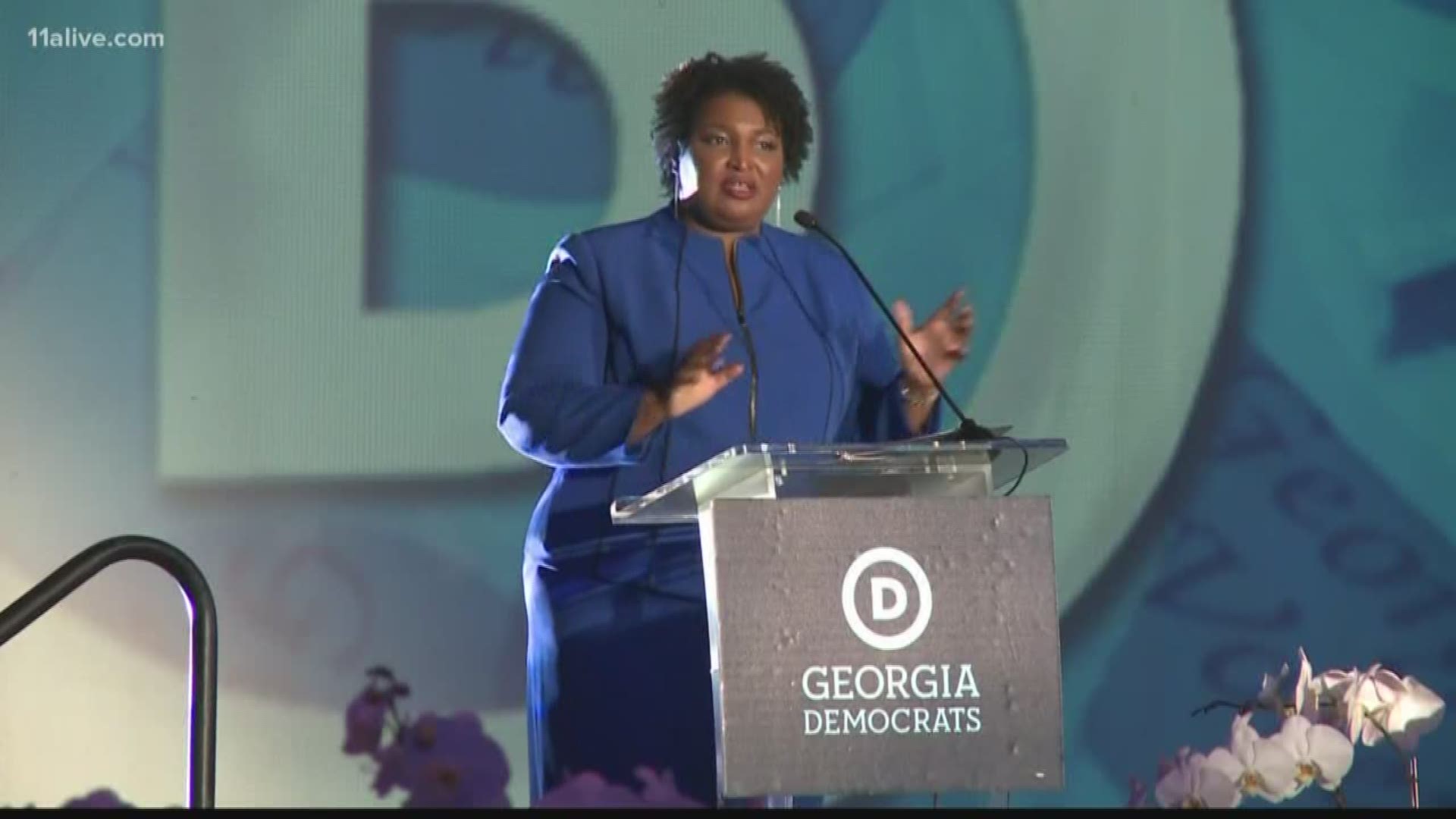 ATLANTA — Stacey Abrams would be "honored" to be chosen as a vice presidential candidate for the eventual Democratic nominee in the 2020 race, her campaign says.

Abrams has downplayed talk of the 2020 presidential race before, first ruling out a bid for president herself and then dismissing rumors she would join Joe Biden's campaign as an early nominee for vice president.

The University of Iowa student newspaper, The Daily Iowan, reported this week that the Georgia Democrat said she would be "happy" to run in the general election with the Democratic nominee, however.

She clarified that when she has said at times this year "you don't run for second place," that she meant in terms of a possible losing primary campaign.

"However, I'm not in the primary, but you can run as second in the general election, and I am happy to do so with the nominee," she said, according to The Daily Iowan.

"Leader Abrams, in response to media questions, has stated that she would be honored to be considered as a running mate for the eventual Democratic nominee," a statement said.

The statement added that Abrams' current focus remains on combating voter suppression, an issue she has prioritized since her close loss in last year's Georgia gubernatorial race. Earlier this year, she launched the organization Fair Fight 2020 to campaign on behalf of voting rights initiatives.

The Democratic race will see its first results with the Iowa caucuses on Feb. 3. So far, none of the candidates has made an early announcement of a running mate.

He had 76 bullet wounds from police guns. The DA is asking why