'It has been my distinct honor to serve': Texas GOP Chairman Allen West announces resignation

West will remain chair until a successor is selected on July 11, according to the Republican Party of Texas' website. 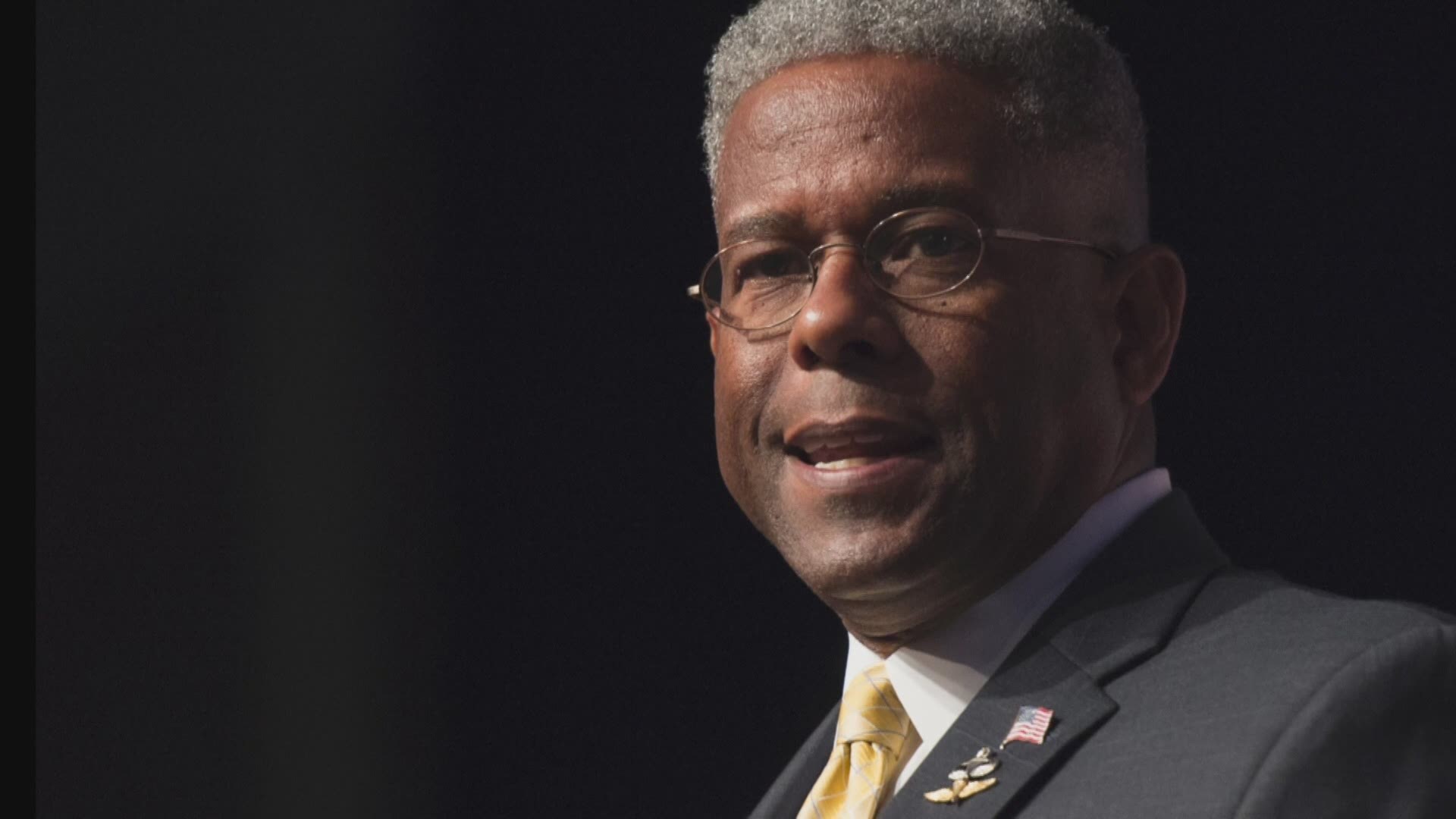 AUSTIN, Texas — Texas GOP Chairman Allen West announced his resignation Friday morning. He shared the news on his Facebook page saying he's been "humbled and blessed by the opportunity to serve."

A press release says West will remain chair until a successor is selected on July 11, according to the Texas GOP.

"It has been my distinct honor to serve as Chairman of the Republican Party of Texas. I pray Godspeed for this governing body," West said.

West was born and raised in Atlanta, and served in the military for years before being elected in Nov. 2010 to the United States Congress, representing Florida’s 22nd District.

West is also the former Executive Director of the National Center for Policy Analysis in Dallas, and former Director of the Booker T. Washington Initiative at the Texas Public Policy Foundation.

In July 2020, West was elected Chairman of the Republican Party of Texas.

West said he will take this time to prayerfully reflect on a new chapter in his career. According to the Texas Tribune, West has not ruled out challenging Gov. Greg Abbott.

West's resignation comes just days after he and other prominent Texas Republicans attended a QAnon-affiliated event in Dallas.

RELATED: QAnon convention is coming to Dallas. One resident is trying to stop it.

"The Republican Party of Texas wishes to express our sincere gratitude for his numerous contributions during his tenure. His efforts have been greatly appreciated by staff and grassroots alike," the party said.

This is a developing story. Download our free WFAA app to stay up-to-date on all news stories in the Dallas-Fort Worth area.