Crime labs repeatedly told lawmakers and budget officials that they couldn't distinguish between hemp and marijuana without new testing resources. 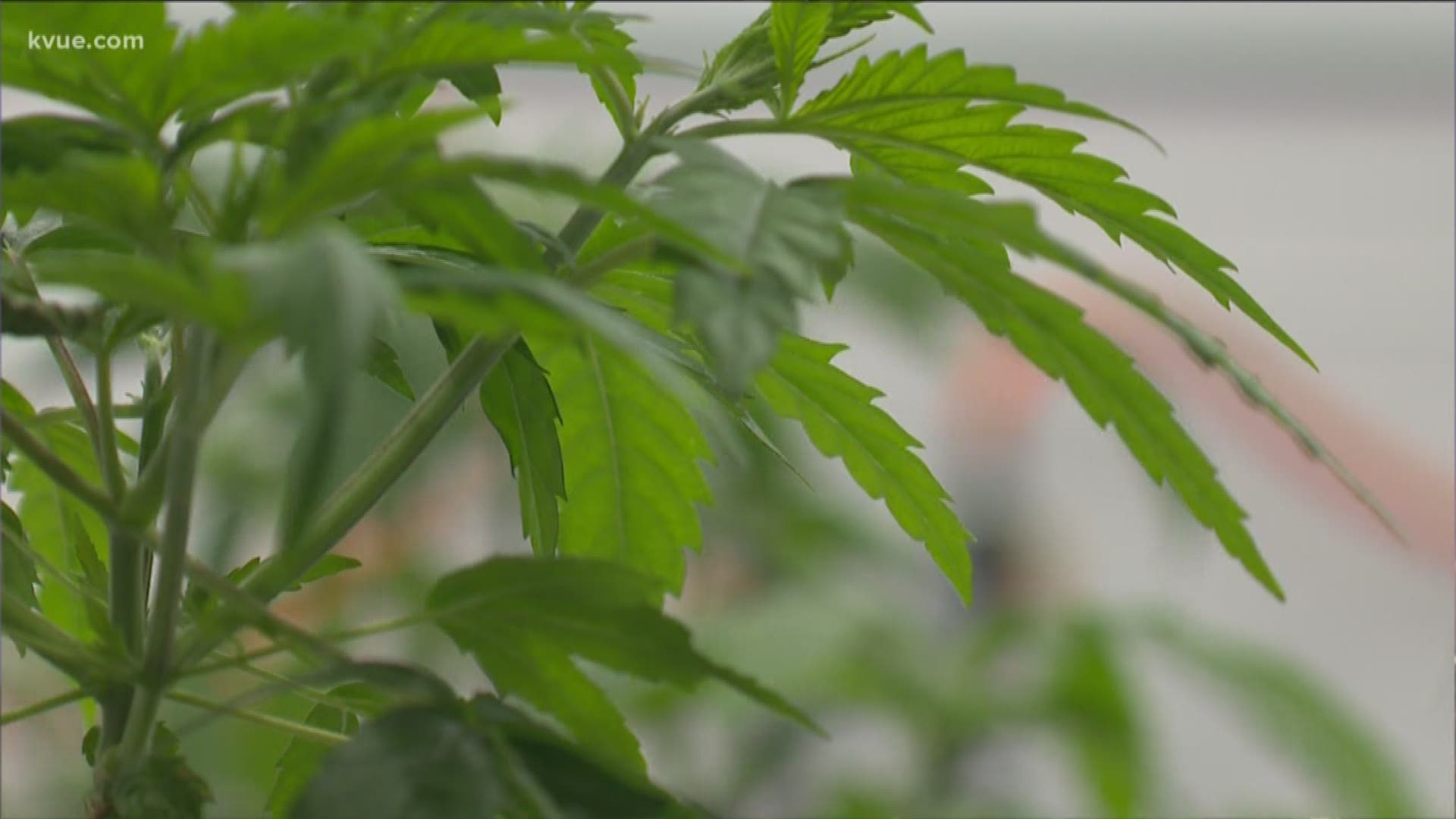 TEXAS, USA — The video above was published in July.

In early April, members of the Texas House Agriculture and Livestock Committee sat through two hours of testimony supporting a bill to legalize and regulate hemp and its derivatives, like CBD oil. Most of the discussion focused on farming and regulatory procedures. Near the end of the hearing, though, the Texas Department of Public Safety’s crime lab director, Brady Mills, was brought up to the microphone to address any law enforcement concerns the legislators may have overlooked.

Speaking in largely technical terms, Mills told the committee that DPS crime labs, which test suspected drugs for prosecutors across the state, did not have a way to differentiate what would become legal hemp under the bill from still illegal marijuana. He said the labs would need new equipment and time for internal reviews before they could begin testing for the difference.

The five other committee members sitting on the dais were silent and still, some with downcast eyes. The bill’s author, state Rep. Tracy King, D-Batesville, sat to the side, looking down with his face in his hand, as he had during Mills’ testimony. The director was dismissed, and the committee later approved the bill unanimously.

As the legislation moved through the Capitol, some questions did come up over how to ensure that Texans wouldn’t begin farming marijuana instead of hemp, but lawmakers repeatedly affirmed that the bill did not decriminalize marijuana in any way.

“This has been vetted a long time,” bill sponsor state Sen. Charles Perry, R-Lubbock said at a Senate hearing in May. “What this does not do is go down the road anywhere near — in fact, on the contrary — of legalizing marijuana.”

Largely absent from legislative discussions were concerns over the hemp law affecting the practicability of prosecuting marijuana cases unrelated to hemp farming.

Yet it wasn’t just Mills who outlined the problem prosecutors would have distinguishing hemp from marijuana. Other states and the federal government have already run into similar issues. DPS repeatedly told state budget officials the hemp bill would come with a hefty price tag for additional drug testing in marijuana cases. And a Houston crime lab employee told King’s office that without funds to allow for new lab testing, the legislation would “essentially legalize marijuana.”

The requested funds and the employee’s concern were both rejected. Perry later told The Texas Tribune that labs were trying to use the bill as a way to squeeze more money out of the Legislature.

Overall, the bill soared through the Texas Legislature with near-unanimous support and plenty of smiles and back-patting. Then, shortly after Gov. Greg Abbott signed the bill into law June 10, numerous district attorneys across the state began dropping hundreds of low-level marijuana cases and rejecting new ones without further testing — which, as Mills said, is currently nonexistent in state crime labs.

Republican state leaders chastised the prosecutors, and Perry said district attorneys halting pot prosecution, both Democrats and Republicans, are using the law as political cover to essentially legalize the drug in their districts. But the prosecutors deny that, saying the law now requires them to have more involved lab testing to prove beyond a reasonable doubt that something is pot. And the Houston crime lab employee said lawmakers should have seen this coming.

“They knew everything, including the fact that there was going to be a possibility that prosecution was not going to be able to move forward,” said Ramit Plushnick-Masti, a spokesperson for the Houston Forensic Science Center, which runs the crime lab used by Houston police. “Nobody wanted to hear that.”

Texas’ House Bill 1325 was filed in reaction to the U.S. farm bill passed last year.That bill legalized hemp on a federal level and allowed for states to submit regulatory procedures for growing, shipping and selling hemp. That is the crux of HB 1325, but it also mirrored the federal bill by changing the state’s legal definition of marijuana from cannabis to cannabis that contains more than 0.3% of tetrahydrocannabinol, or THC, the psychoactive ingredient in marijuana.

Before the law change, crime labs testing for marijuana simply checked for the presence of cannabinoids to designate something as cannabis and, therefore, marijuana. Measuring the level of THC requires different testing, currently unavailable in state-run labs. The definition change also cast doubt over circumstantial evidence, like the substance’s smell or look, which was often the only type of evidence presented in low-level marijuana cases.

Although the bill changed the Texas statute that defines illegal drugs, it didn’t get the attention of many people who work in the criminal justice system. Some officials have said that’s because it was moving through agricultural committees, which prosecutors don’t tend to follow.

“We did not hear a loud local voice from crime labs or the district attorney association, probably because it’s an ag bill — I assume it didn’t hit their radar,” Perry told the Tribune.

The district attorney’s office in Harris County echoed that point, stating it found out the definition of marijuana had changed from its local crime lab days after the law went into effect. Some knew and stayed silent. Other prosecutors and a spokesman for the Texas District and County Attorneys Association, which often lobbies for prosecutors in criminal justice committee hearings, said they knew the statute changed but didn’t realize labs were unable to test for the difference until the bill was passed. The association posted an advisory for prosecutors about new complications surrounding marijuana cases two weeks after Abbott signed the hemp bill.

This article originally appeared in The Texas Tribune.

The Texas Tribune is a nonprofit, nonpartisan media organization that informs Texans — and engages with them — about public policy, politics, government and statewide issues.