Both sides said there’s a willingness to work together to find common ground in the special session, but right now there are few areas where that's likely. 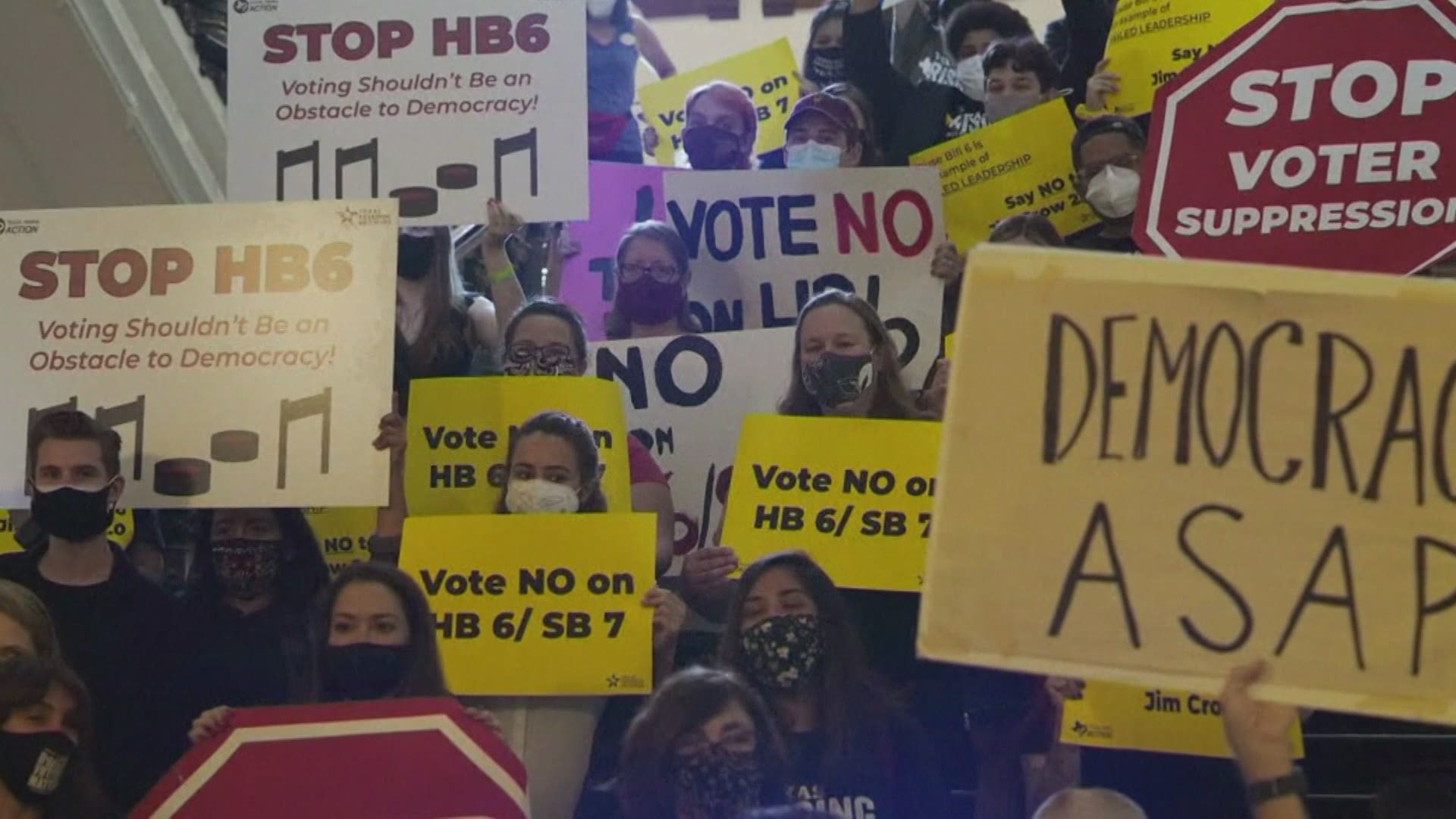 FORT WORTH, Texas — As soon as Democrats in the Texas House walked out of the chamber to block a sweeping elections bill from passing, Gov. Greg Abbott promised he’d call a special session to get it passed along with other goals.

Abbott hasn’t yet shared what all will be included in the session or when it will happen.

The elections bill -- Senate Bill 7 -- is one of a couple certainties for the session. Democrats fought back over changes to empower partisan poll watchers, making it easier to overturn elections results and creating uniform early voting hours.

That change also pushed Sunday early voting from 11 a.m. to 1 p.m., which Democrats said targeted Black voting efforts like "Souls to the Polls."

Several Republicans have since said that was a typo and Republican House Speaker Rep. Dade Phelan (R – Orange) told Inside Texas Politics the same.

“There’s other little typos in there,” Phelan said. “I think the word ‘equal’ was misspelled a couple times. Small typos like that can happen when you rush a bill to get it to the floor.”

“No Republican offered that defense at the time, that this was a typo,” Turner said. “This seems to be an after the fact correction.”

Phelan has said in previous interviews he’d prefer the bill, known as SB7 during the regular session, split into smaller parts, instead of a single large bill.

“If they simply break up the most offensive provisions of SB7 into single shot bills, that’s not going to make any Democrat less opposed to the legislation,” said Turner.

The special session likely won’t just be about elections. Abbott has also mentioned bail reform as another target and Republican leaders have pushed for banning transgender athletes from playing on sports teams based on gender identity, as well as more regulation of social media censorship.

“I would hope that the governor, if he’s going to add items to the special session agenda, will focus on those issues that affect all Texans and matter to all Texans as opposed to these divisive red meat issues,” said Turner.

Neither Turner nor Phelan said they know when the session will be or what issues they’ll tackle.

Turner said without knowing more, it’s too soon to say how he’d defend against a Republican majority. Still, he doesn’t believe the Democrat walkout backfired helping Republicans pass even more priorities on top of the elections bill.

“We’ll be ready with all of our members to fight in every way we know how when the time comes," said Turner.

Lieutenant Governor Dan Patrick and Phelan have also mentioned winter storm changes as areas where the legislature could go further.

RELATED: ‘If you're not at the table, you might be on the menu’: WFAA analysis shows power grid reform brings out the big lobbying guns in Austin

Both Phelan and Turner have called out Gov. Abbott for threatening to veto funding in the state budget designated for the legislature.

“My staff, I don’t want them to work for free,” Phelan said. "Austin, most of them live in Austin. It’s not an inexpensive place to live, so there’s maybe some unintended consequences.”

“The governor’s threat raises serious constitutional questions about the separation of powers,” Turner said. “The governor is the governor. He is not the emperor.”

Both sides said there’s a willingness to work together to find common ground in the special session, but right now there are few areas where that's likely.