What is Proposition B on Austin's May ballot?

Proposition B gives voters the opportunity to choose whether the City of Austin should reinstate its camping ban. 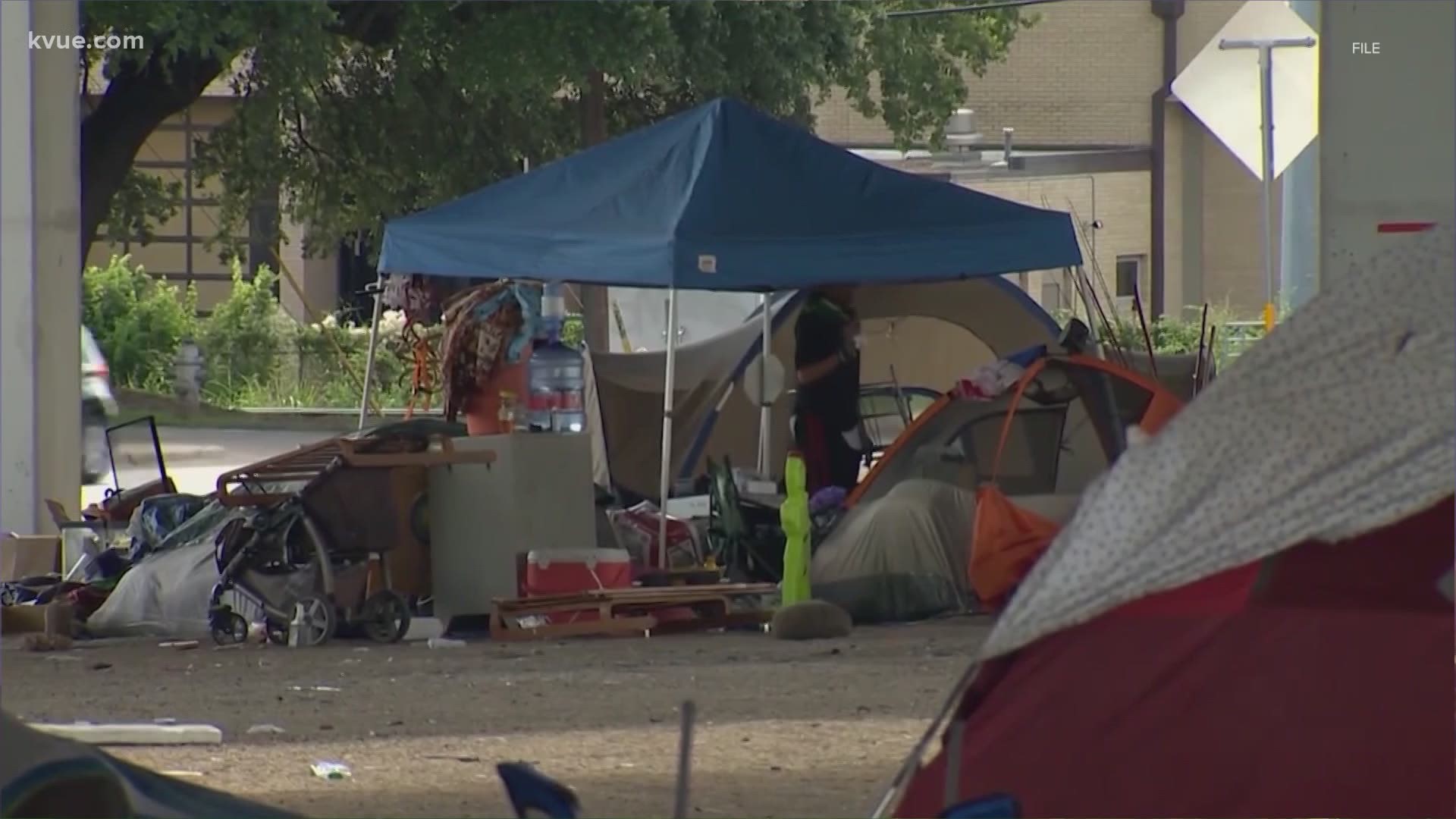 AUSTIN, Texas — The May 1 election in Austin is right around the corner. Early voting for the election runs from Monday, April 19, through Tuesday, April 27.

One of the major items on the May ballot is Proposition B. It aims to reinstate the City of Austin's homeless camping ban, which was reversed in July 2019. Both support for and opposition to the proposition has been strong in the months leading up to the election.

Let's take a closer look at Proposition B.

What is Proposition B?

In short, Proposition B aims to reinstate the City's camping ban. The ban would make it illegal to camp in certain places, to sit or lie on public sidewalks or outdoors in certain areas and to panhandle at night.

Proposition B's journey to the Austin May ballot

In February 2020, the PAC Save Austin Now started a petition to put an item on the November 2020 ballot to reinstate the City's camping ban. In August, the City clerk ruled that the group's petition did not succeed due to an insufficient number of signatures.

Save Austin Now continued its efforts to get the item on a ballot, starting a second petition. A day after the group reportedly secured enough signatures to potentially put the item on the May ballot, Gov. Greg Abbott announced that if Austin doesn't elect to reinstate its camping ban, the State will step in.

On Feb. 4, 2021, Save Austin Now announced the City Clerk's Office had certified its petition. Members of the group said they submitted more than 27,000 signatures and the clerk's office said more than 26,000 of them were valid. The next step was for the Austin City Council to approve ballot language, which happened a few days later.

WATCH: Homeless camping ban going to May ballot in Austin

In February, the Austin City Council also voted to pass its amended HEAL initiative, which would partially reinstate the camping ban going forward. The initiative's aim is to remove those experiencing homelessness from four high-traffic areas in Austin and connect them with housing and shelters. The first phase of the initiative is expected to be completed by late this summer.

Proposition B has not been without opposition in its journey to the ballot.

In March, area Democrats launched a campaign against Proposition B. Those involved said they believe passing the proposition would be a step in the wrong direction for people experiencing homelessness in Austin.

Austin Mayor Steve Adler has said he expects a close vote on the proposition.

On the final day of early voting, KVUE spoke to people on both sides of the issue about what they think the proposition ultimately stands for.

"None of it has to do with partisan – like, it's a humanitarian issue and it's negligence on the, on the part of the city for not providing safe places for them to go, letting them live the way they are. It's inhumane. And no one can say that this has been a success," said Cleo Petricek, co-founder of Save Austin Now.

"What we see around the country is that when we criminalize it and we push homelessness out of sight, it often dries up the efforts to actually try to address it because people don't understand how big of an issue it really is," said Chris Harris with Homes Not Handcuffs.

In February, the Austin City Council agreed on ballot language for Proposition B. In early March, the Texas Supreme Court ruled the City had to change one word of that language for the ballot item.

According to a sample ballot on the Travis County clerk's website, the final ballot language for Proposition B is:

For more of KVUE's coverage on homelessness in Austin, visit KVUE.com/homeless.