Twenty years ago, Jim Porter built Porter’s Wood Shop from the ground up. Months after a fire destroyed the business, his daughter said they are proud to be open again. 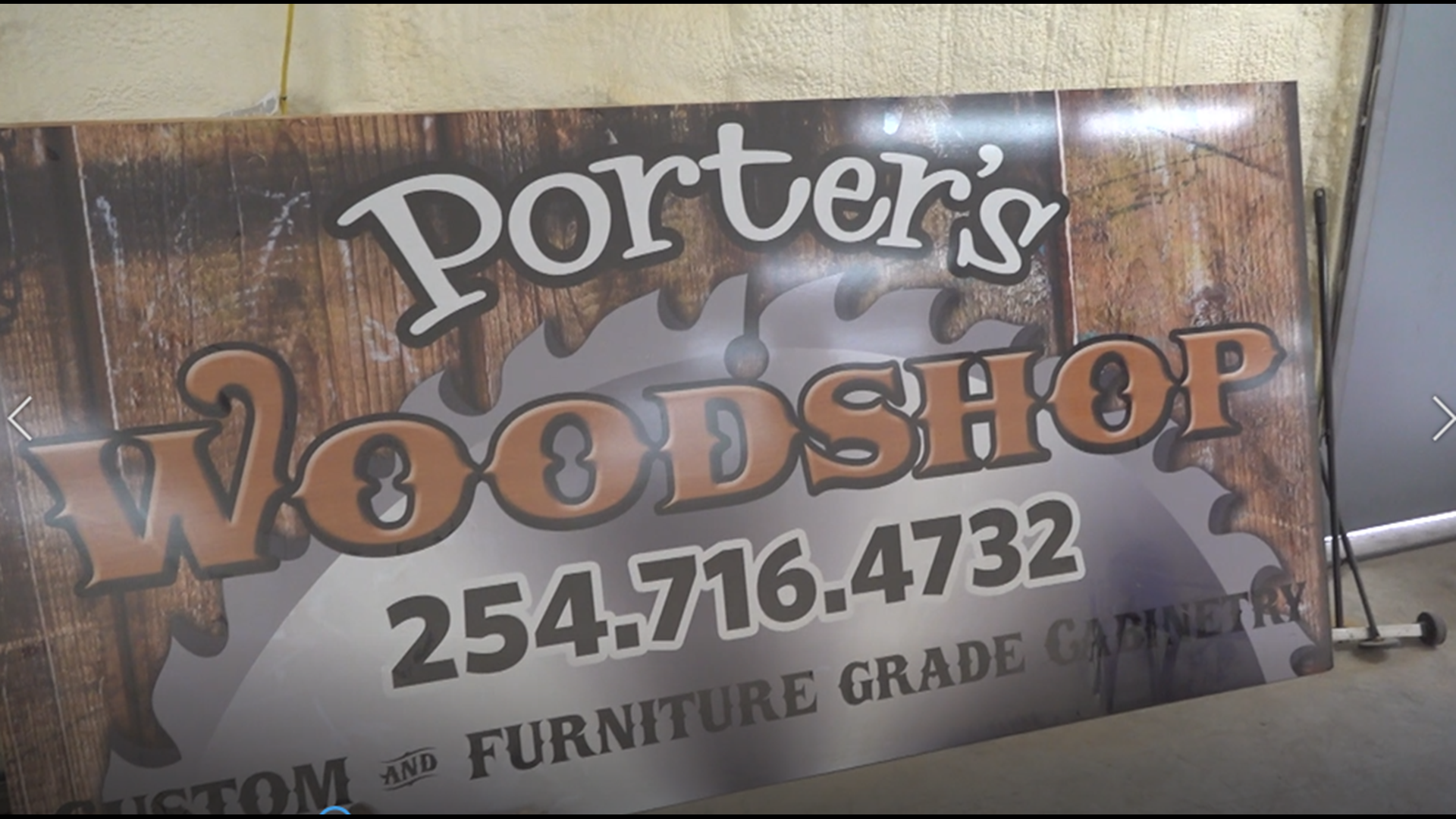 MCGREGOR, Texas — A family was left to rebuild a legacy after a fire tore through their McGregor business last September. After some hard work, the family is proud to say they are back open for business.

Jim Porter built Porter’s Wood Shop from the ground up 20 years ago.

The owner did not have any insurance when the fire broke out, but with donations from the community and finding another job, they were able to get enough money to supply cabinets to the Central Texas community, according to Porter's daughter Nicole.

"Without this shop we don’t make any money,” Porter said. “We were struggling. I had to work another job to get some kind of income until this came back."

As a way to give back, the Porter family employed many homeless people, so they could get on their feet.

Jeromie Miller was thrilled to learn he would get the chance to make cabinets again.

"I want to thank Jim Porter,” Miller said. The man gave me a chance when nobody would. I've been here, and he's been good to me. I plan to do the same for him."

A week after the fire, a bus load of homeless community members helped the Porters clean the charred rubble.

"I want to thank everybody who helped us get all the trash out of here and get this place together," Nicole.

Nicole said wood carving is in her family’s blood. Another reason why she's so thankful that the wood shop is back open is so that she can pass the family business down to her daughter one day.