The Bell County Public Health District had four possible cases -- three of which tested negative for the virus.

The district had four possible cases -- three of which tested negative for the virus.

BCPHD said Western Bell County child is "not school aged and was too young to have been vaccinated." The child has had very limited contact with the public and all the family members are up to date on vaccinations, BCPHD said.

Records from the BCPHD database show this is the first case of measles in Bell County in at least 10 years, director Amanda Robison-Chadwell said.

Killeen Independent School District chief communications officer Terry Abbott said based on ISD policies, parents who signed a vaccine exemption affidavit form also acknowledged they understand their child may be excluded from attending school during emergencies or epidemics declared by the Texas Commissioner of Health.

"Schools should maintain an up-to-date list of students with exemptions, so they may be excluded in times of emergency or epidemic declared by the commissioner of public health," the 2018-19 Texas minimum vaccine requirements for students grades K-12 from the Department of State health Services said. 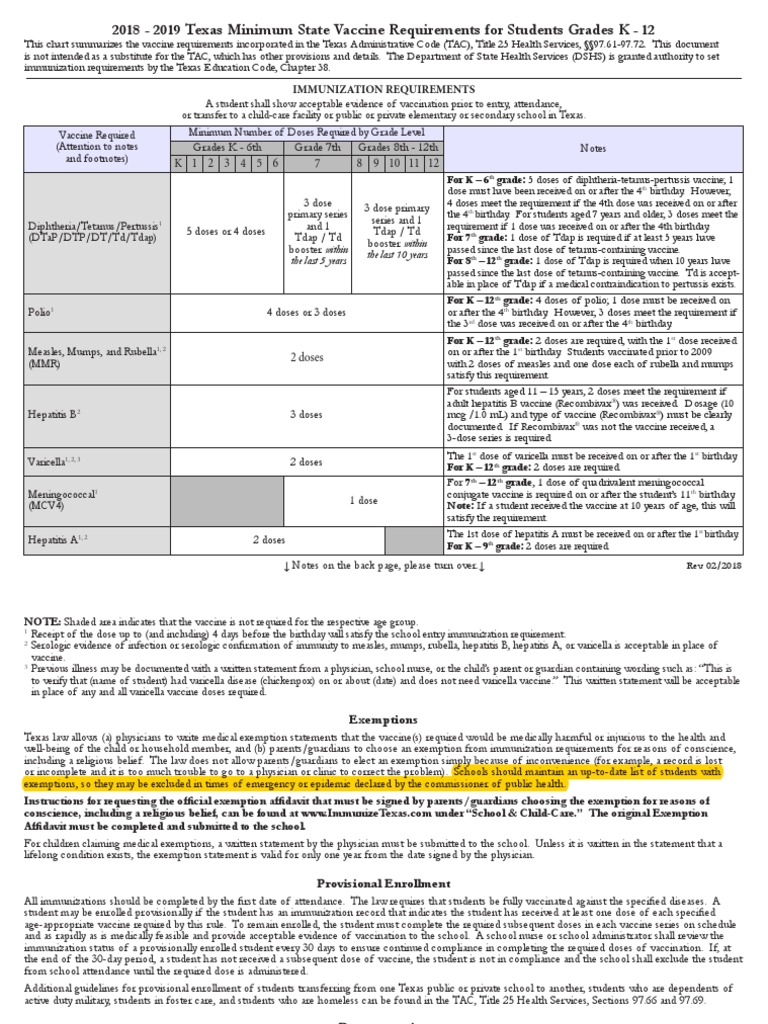 Immunization Requirements for Students in K12 in Texas 2018 | Vaccines | Public Health
This chart summarizes the vaccine requirements incorporated in the Texas Administrative Code (TAC), Title 25 Health Services, §§97.61-97.72. This document is not intended as a substitute for the TAC, which has other provisions and details. The Department of State Health Services (DSHS) is granted authority to set immunization requirements by the Texas Education Code, Chapter 38.

RELATED: Measles: 11 things you should know

In a Facebook post Monday, that a child in the western part of the county possibly has measles. Another child, who was thought to be affected, tested negative for the disease, health officials said.

Both children were not vaccinated, according to Health District of Bell County Director Amanda Robison-Chadwell. Other details were being kept confidential, the Facebook post said.

Even with the measles, mumps and rubella vaccine, it is not impossible to contract measles, Robison-Chadwell said.

Harris County Public Health on Monday confirmed in a press release that two boys younger than 2 years old, and a 25-to-35-year-old woman, have measles. The three patients live in the northwest part of the county.

The last confirmed report of the disease in Harris County was in 2018, according to the release.

Measles is highly contagious and can be dangerous for young children and infants.

Symptoms of measles generally appear about seven to 14 days after a person is infected and happen in stages, according to the Centers for Disease Control and Prevention. s and symptoms to look out for.The symptoms include:

The CDC also has a list of frequently asked questions.

Health officials urge anyone with symptoms to contact a healthcare provider.

Do adults need a measles shot?

Everything you need to know about the measles

The truth about measles: Experts answer your questions