Researcher from TAMUCC Task Force recovers from the coronavirus

Gillis reached out to the VA, and they sent him to a private clinic in Corpus Christi to get tested; two days later, his test came back positive. 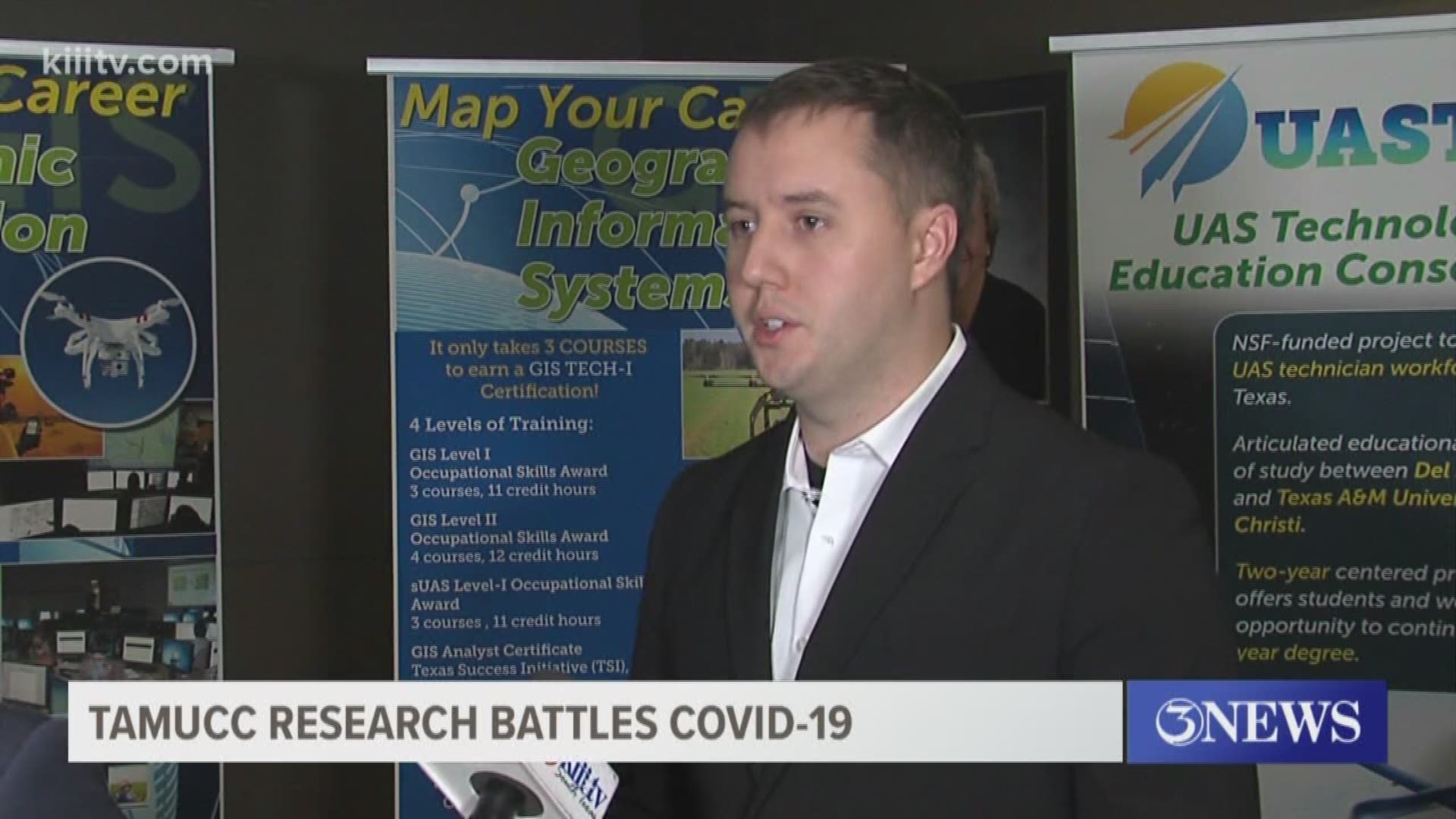 CORPUS CHRISTI, Texas — The Texas A&M Corpus Christi Coronavirus Task Force reports one of their researchers has battled through the coronavirus.

Bryan Gillis is the Director of the Spatial {Query} Lab at the Conrad Blucher Institute for Surveying and Science. He has been working with the city-county health district to track the effects of the coronavirus in the Coastal Bend and he has now found himself on the other side of his research.

“I had chest pains, extreme fatigue, and lack of smell, but I already have heavy nerve damage from my time in the Marine Corps," Gillis said. "Fever was unusual for me, so I started thinking maybe something’s off when that persisted.”

Gillis reached out to the Veterans Administration, and they sent him to a private clinic in Corpus Christi to get tested; two days later, his test came back positive.

“I had heavy symptoms for about four weeks, and because of the damage caused, I have to take medicine daily and will have to use a CPAP to get oxygen at night," Gillis said.

Officials with TAMUCC said he had been working from home before the campus was closed, following the stay-at-home order from Texas Governor Greg Abbott.

He said the only places he could have been exposed to the virus was at the grocery store or hardware store.

“Even when going out, we practiced social distancing and wearing masks,” Gillis said.

Gillis remains part of the task force even though he's had to battle the virus. Officials with TAMUCC said he is no longer contagious.