The Southlake Anti-Racism Coalition asked current and former students to share experiences with racism. More than 300 testimonies came in. 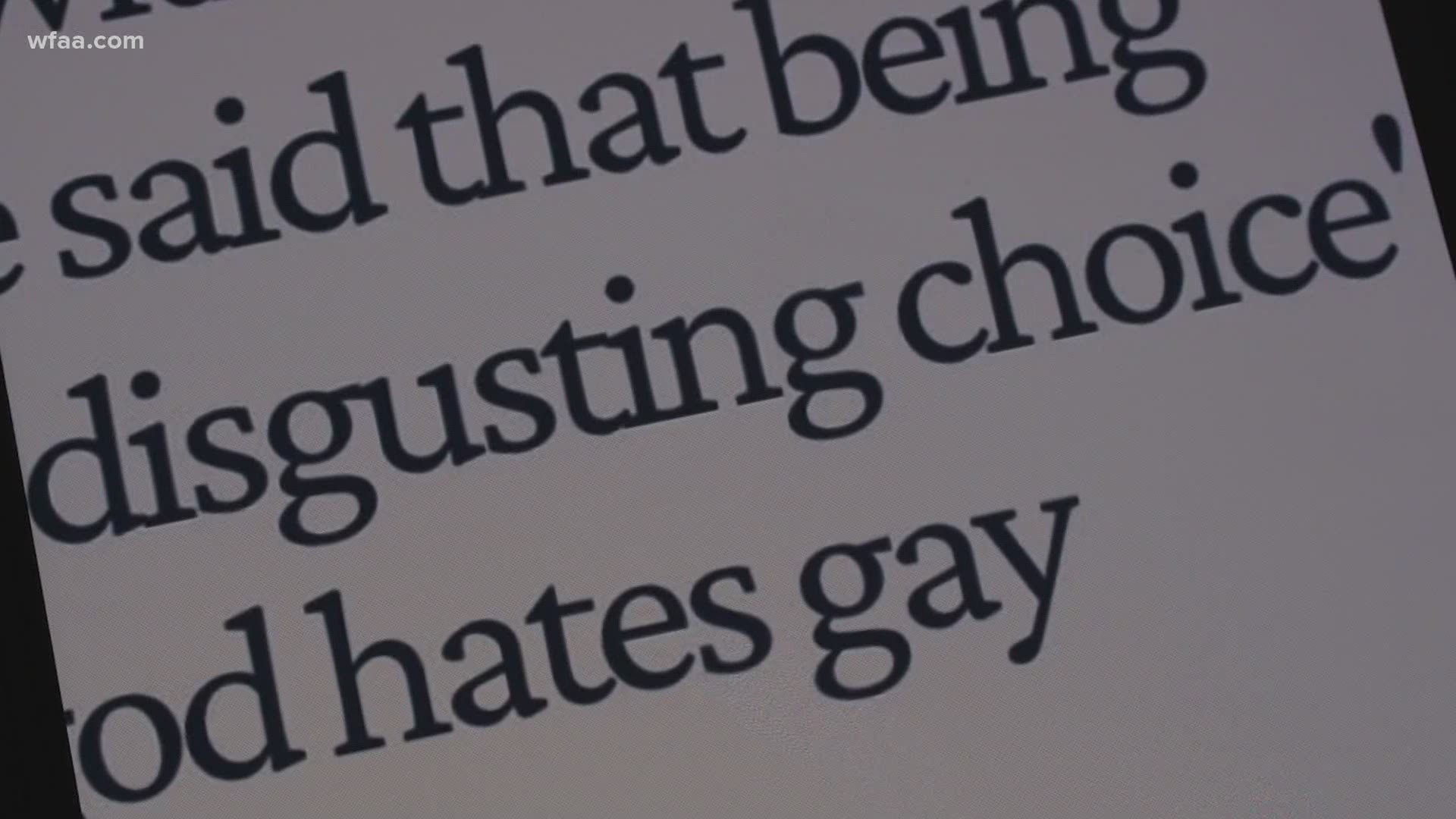 SOUTHLAKE, Texas — More than 300 personal accounts of racism were submitted to the Southlake Anti-Racism Coalition, prompting promises for action from the Carroll Independent School District.

The SARC asked past and present students to anonymously share their experiences with discrimination in Carroll ISD environments.

The group received more than 300 submissions, according to Nishita Pondugula, SARC member. Dozens have been posted to an Instagram account that grew to over 1,000 followers in nine days.

“They’re honestly all heartbreaking,” Pondugula said. “I wasn’t surprised to see the kinds of experiences that people have at Southlake, but what I was surprised about was the sheer number of testimonies we’ve received.”

The abuse came from classmates, teachers, coaches and staff, according to Ethan Koh, SARC member.

“It can be very harming to their future,” Koh said. “I think it is a very big problem.”

Caroll ISD officials are aware of the allegations, according to Julie Thannum, assistant superintendent for board and community relations.

“We are heartbroken to hear our current and former students recount these experiences in Carroll ISD,” Thannum said. “The students are very brave for sharing their personal stories. We know they are hurting and want them to know that hearing their stories has only strengthened our resolve to address racism, bigotry and acts of discrimination.”

The district’s diversity council will share a comprehensive cultural competence action plan with the school board Aug. 3, Thannum said.

Meaningful change is long overdue, according to the SARC.

Video surfaced of students using the N-word in October of 2018. It happened again four months later.

In January, the Carroll High School campus was vandalized with racial slurs. Those instances, combined with the recent testimonies point to a problem the SARC said is much larger.

“There’s a culture in Southlake that perpetuates racism and bigotry of all kinds,” Pondugula said.

The SARC plans to expand its efforts beyond social media. The group is drafting a list of demands to the school board, expected to be finalized by the end of the week.