'I feel like I've had my hands tied': For some DACA recipients, simply renewing a work permit can take months

A Houston-based immigration attorney says the process can be "hit or miss," and result in a temporary, uncertain period of unemployment. 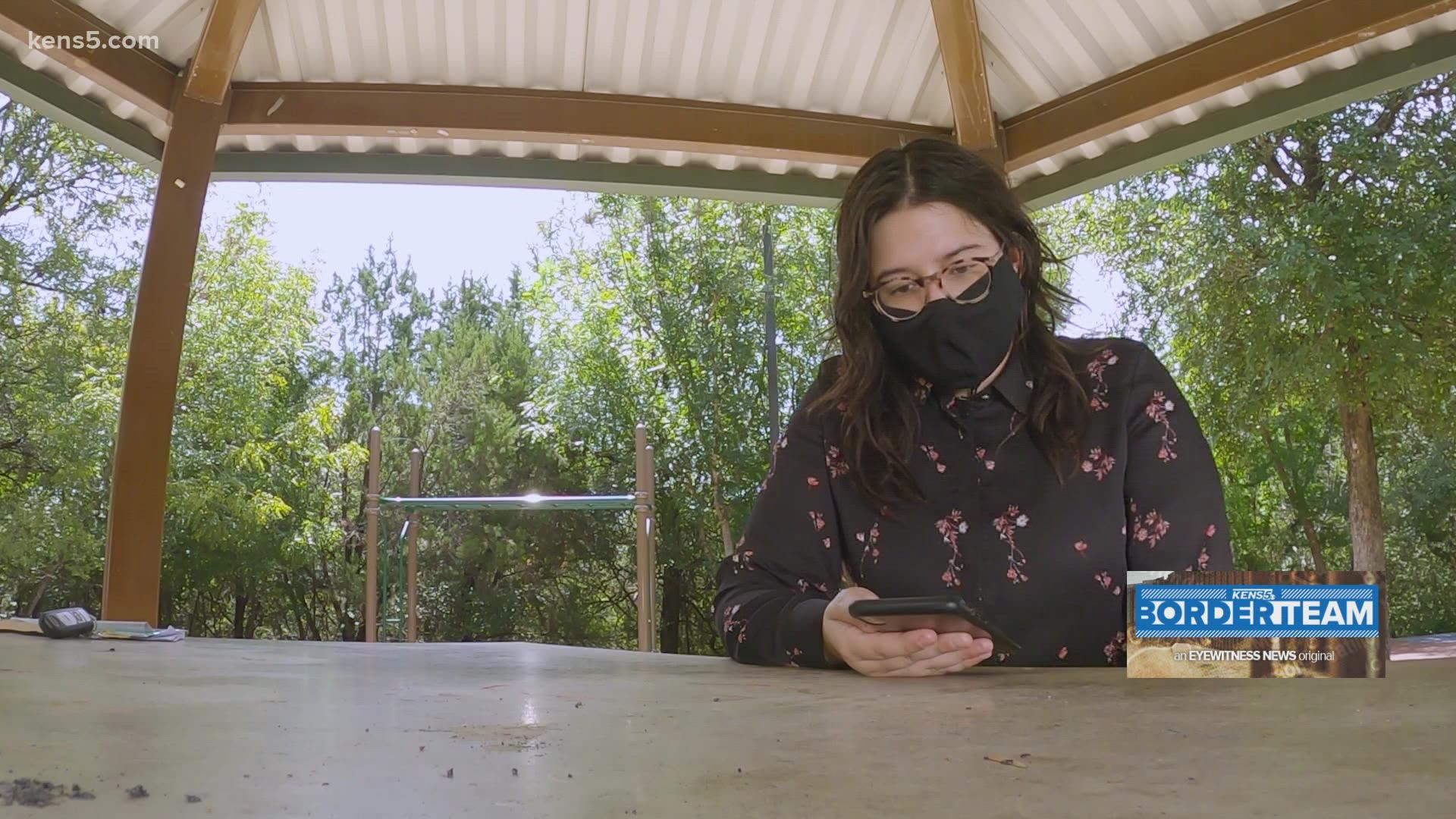 SAN ANTONIO — It’s hard not to give up or feel hopeless when trying to get an important question answered and calling customer services which only threatens to hang up on you if you ask for an agent.

Myrka Selena Limon Salcedo, a DACA recipient, has heard the message a number of times.

She’s been calling the U.S. Immigration and Naturalization Services (USCIS) to try and find out what the holdup is with her work permit renewal—a holdup of many months.

“Could I speak to an agent?” she tells the machine.

“I'm sorry, but there are some things our agents cannot help you with,” the USCIS virtual assistant replies. “If you continue to ask for an agent, I will need to disconnect the call.”

“It's not like I can talk to a specific, a real person from USCIS is to see exactly what is going on,” she told KENS 5.

DACA stands for Deferred Action for Childhood Arrivals, an Obama-era policy that gives people brought to the United States by their parents as children the ability to work. There are multiple requirements to be approved for DACA, including no felony convictions.

This summer, a Texas judge ordered the federal government to stop granting new DACA applications. The ruling doesn’t affect people like Limon Salcedo, who was previous approved for the program.

Some estimates put the number of DACA recipients in the U.S. at 800,000. DACA does not provide a path to citizenship.

Limon Salcedo told KENS 5 this was her second DACA application. The program requires renewal every two years. Limon Salcedo said she filed for renewal earlier this year and has been waiting seven months for her work permit.

Without it, she can’t be legally employed.

“I feel like I've had my hands tied here for the past seven months,” Limon Salcedo said. “I've had to burn through my savings account. It's taken a financial mental toll on me.”

The USCIS website shows about a three-month processing time for DACA renewals.

“It can seem to be a little hit or miss,” Powers said. “We have noticed that sometimes, when there might be a complication or potential red flag, the processing times may elongate. If it's a pretty clear-cut case, it might get renewed fairly quickly. But it also could be luck.”

“People are trying really hard to do it the legal way,” Powers added, “And even doing it the legal way, is taking a very long time for them to procure a status or work authorization. It's putting their livelihood and their family's livelihood in a difficult situation where they're having to be unemployed.”

Powers told KENS 5 the USCIS’s customer service deteriorated during the prior administration. It’s been slowly improving, she said. But it still requires “magic words” to get through to someone.

“Even as the attorneys will try to say the magic word, it still could take a long time. Eventually, you may get somebody who will help you,” Powers said.  “It can be hit or miss. If you're not knowledgeable enough or don’t know how to interact with the customer service, then you might not be able to get what you need from that interaction.”

KENS 5 emailed USCIS asking about its customer service practices. We’ll update this story when we hear back.

“I want to let DACA recipients know that they're not alone, that this is a struggle mentally, financially,” Limon Salcedo said.

She told KENS 5 she reached out to the station because she wanted to use her voice to create change.

“[What] we are looking for is a pathway to citizenship,” she said. “And at the very least, through this whole process, the communication and the updates could be a lot better. And we're not seeing that.”

In the several days that KENS 5 has been working on Limon Salcedo’s story, she found out the USCIS didn’t receive the address change she filed with the agency, causing them to send her work authorization to her old address.

Limon Salcedo was able to track her package by asking her former landlord. She told KENS 5 it was apparently returned to USCIS.

The last Limon Salcedo knows, after months of waiting and paying the original filing fee of $495, she finally got a hold of someone at USCIS, who said her work permit was now considered lost or stolen, which meant she had to apply and pay all over again.