Where do the thousands of migrants who traveled to Del Rio go to next?

The reasons these migrants left home may vary, but the hope for a future in the United States is universal. 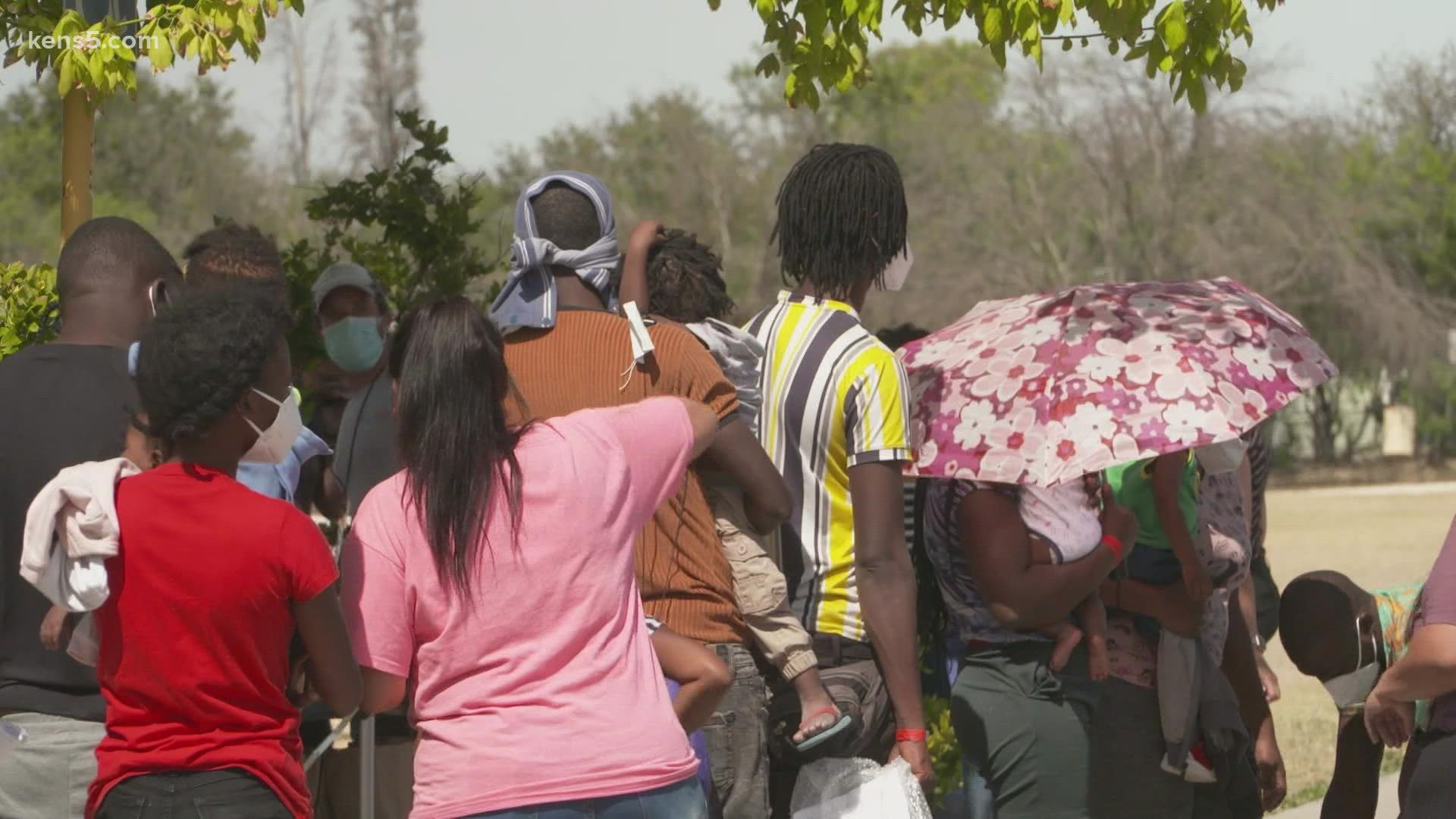 DEL RIO, Texas — It's been a month and a half travel from Chile for 10-year-old Reina and her dad, and then six more days under the bridge in Del Rio.

"They're not very good (conditions),” she told KENS 5 in Spanish, “because you have to live on the floor, and a bug can come bite you.”

Reina told us she made a friend under the bridge. Her dad’s reassurance that they’re going to leave soon helped.

“He told me to be calm, and that we would get out soon,” she said.

Reina’s dad, Pedro Fisime, said he’s not sure why his little family got to stay in the U.S. while others get deported.

“There’s no difference between us,” he said, “because we left for the same reasons. But I feel sorry if they deported somebody because that’s the government's decision.”

The family is originally from Haiti. Reina said she was five when they left home for Chile.

Hundreds of Haitian migrants and people from other countries, including Cuba, Venezuela, and the African continent, are slowly filing through the Val Verde Border Humanitarian Coalition, a group of local citizens and agencies that helps refugees get to their destination.

The way it works, ICE or Border Patrol drop off released migrants at the Coalition, which fascinated further transportation.

This week, it means big charter buses pulling in and out of the parking lot, seemingly constantly, on their way to Houston, where a non-profit is providing help. From Houston, organizers say, migrants are taken to George Bush International Airport to get to their next destinations, to family or friends in the U.S.

“We do not buy any of their tickets,” said Pastor Shon Young, President of the Val Verde Humanitarian Coalition and Associate Pastor at City Church Del Rio. “Most of them will come with money in their pocket. And they are willing to pay that smaller fee to at least get to San Antonio, get to Houston, get to wherever we have options. We want to get them to a major hub, because there's a lot more options than there is in Del Rio.”

The Coalition is seeing really big numbers this week, days after Border Patrol reported almost 15,000 Haitian migrants under the bridge in Del Rio.

The number of people under the bridge has been dwindling, as Border Patrol is bussing people out to processing sites. Some from the group are being deported by the U.S. government to Haiti. Some, like Reina and her dad, are released in Del Rio to the Coalition, which estimates it helped more than one thousand migrants between Monday and Wednesday of this week.

Just released either from custody or from infer the bridge — if Haitian families don’t make the buses today from del rio, the non profit helping them says they’d have to fend for themselves overnight to wait for tomorrow. @KENS5 https://t.co/KtAa4HVX4C pic.twitter.com/m0GSvG7zG4

In all of August, the Val Verde Border Human Rights Coalition said it helped 3,649 migrants.

“We have a great outpouring of support from the community throughout the state of Texas, the country,” Pastor Shon said. “A lot of people that are interested in what's going on and would like to volunteer however they can.”

The reasons the migrants left home may vary. But the hope for a future in the U.S. is universal.

“Very, very content,” Rabbiatu Yunusah told us with a huge smile visible from underneath her mask. “I’m very happy to be in this country, to be free.”

Pedro and Reina are on their way to relatives in Miami.

KENS asked DHS and Border Patrol in Del Rio how many Haitian migrants have been released from under the bridge with notices to appear. We’re still waiting on the answer.

We also asked to clarify what criteria is used to decide who gets to stay in the U.S. and who gets removed or deported.