You may not think about this cruising your grocery store, but someone has to pick the food we eat. Often undocumented, there aren't enough workers to go around. 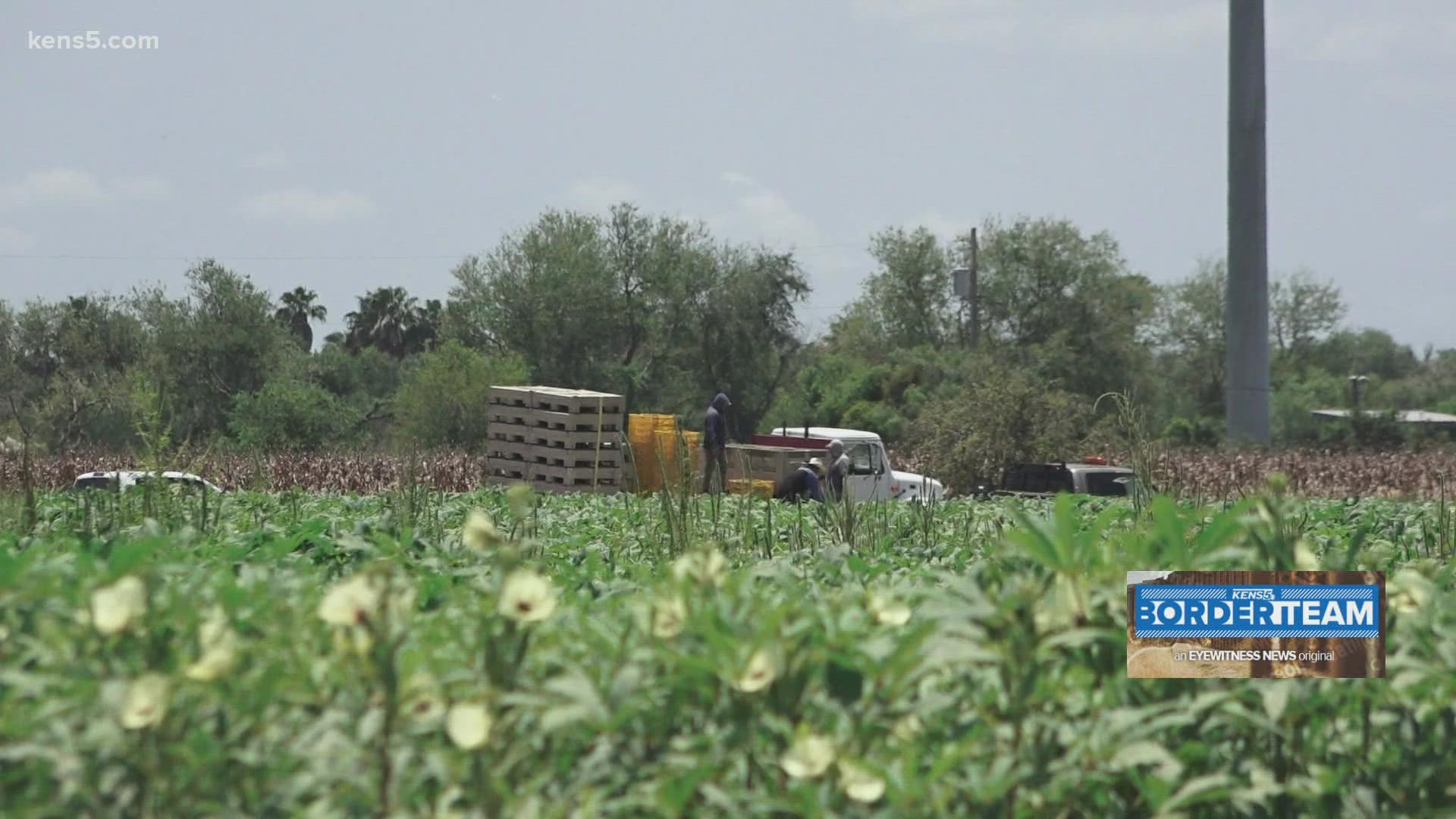 HIDALGO COUNTY, Texas — Scrubbing toilets and mopping floors are not Maria’s first work choices. But she has two daughters to feed, so she works where she can and dreams of more.

“I want to continue my university studies,” Maria said. “I want to have a worthy job. All jobs are worthy, but I am tired on working the fields.”

Maria said she’s undocumented and agreed to talk to us if we didn’t disclose her last name, or show the full picture of her face.

Maria used to pick food in the fields of the Rio Grande Valley. She did that for 15 years, she said.

“We started going from field to field with different contractors,” she said. “Wherever we could find work, it could be the onion, cilantro, cucumbers and chilies.”

“It's very difficult,” she added, “Because we don't have a steady job and in reality, we work day by day. If we work, we eat, and if we don't work, we have to settle for leftovers from the day before.”

Last year, Maria got COVID. She said the side effects still linger, making it physically painful to work in the fields.

“Now that I went through COVID, I have damage to one of my kidneys, so I’m giving myself time,” Maria said. “I’m cleaning homes and it’s heavy work, but I don’t bend as much as in the fields, and it’s painful to bend, so I want to wait a season.”

Undocumented, with no path to change that at the moment, Maria’s stuck.

And she’s not alone.

“I can guarantee you that there is no lines of people, of American citizens, waiting to apply for agricultural jobs to work in the fields or, in packing sheds,” said Elizabeth Rodriguez, farm worker justice advocate at LUPE.  “The majority of the workers that are working are undocumented.”

Rodriguez said she traveled the state of Texas talking to farm workers.

The U.S. has a VISA program for agricultural workers.

Employers may petition the government to bring in temporary employees if they can prove there aren’t enough Americans to do the work.

But it's still not enough, said Texas Agriculture Commissioner and rancher Sid Miller.

“It's limited, it's cumbersome,” Miller said. “We can improve it and have a much, much better program. We could really cut into what the cartels are doing with the cutting of the human smuggling, the human trafficking.”

Commissioner Miller said he’s not for what he calls amnesty. He has his own proposal.

Migrants applying for work in home countries, go through a background check. Miller said a portion of the people who come in now don’t leave the country, but abandon work in the fields for something else.

The way to address that, according to Miller’s proposal, is to withhold a percentage of their wages, until workers fulfill their contracts. Miller envisions people going home and being able to come back and work again.

Miller says he’s been pitching this for six years.

“I've laid it out in front of a lot of people,” Miller said. “But immigration's a radioactive subject, so no one really has the fortitude to take it on. It's almost a political suicide if you try to tackle it. But someone needs to tackle it. And that's what I'm trying to do.”

In Congress in March, the House passed The Farm Workforce Modernization Act of 2021. It would provide a path to citizenship to long-time farm worker VISA holders.

The Senate has not voted on it.

Having lived in the shadows for many years, Maria is now advocating for farm workers, who she says are essential, and for their kids, too.

“I want something better for my kids and I want them to be useful in this country,” she said.

More At The Border stories: