The family says President Biden has not made good on his promise to end land seizures in south Texas. 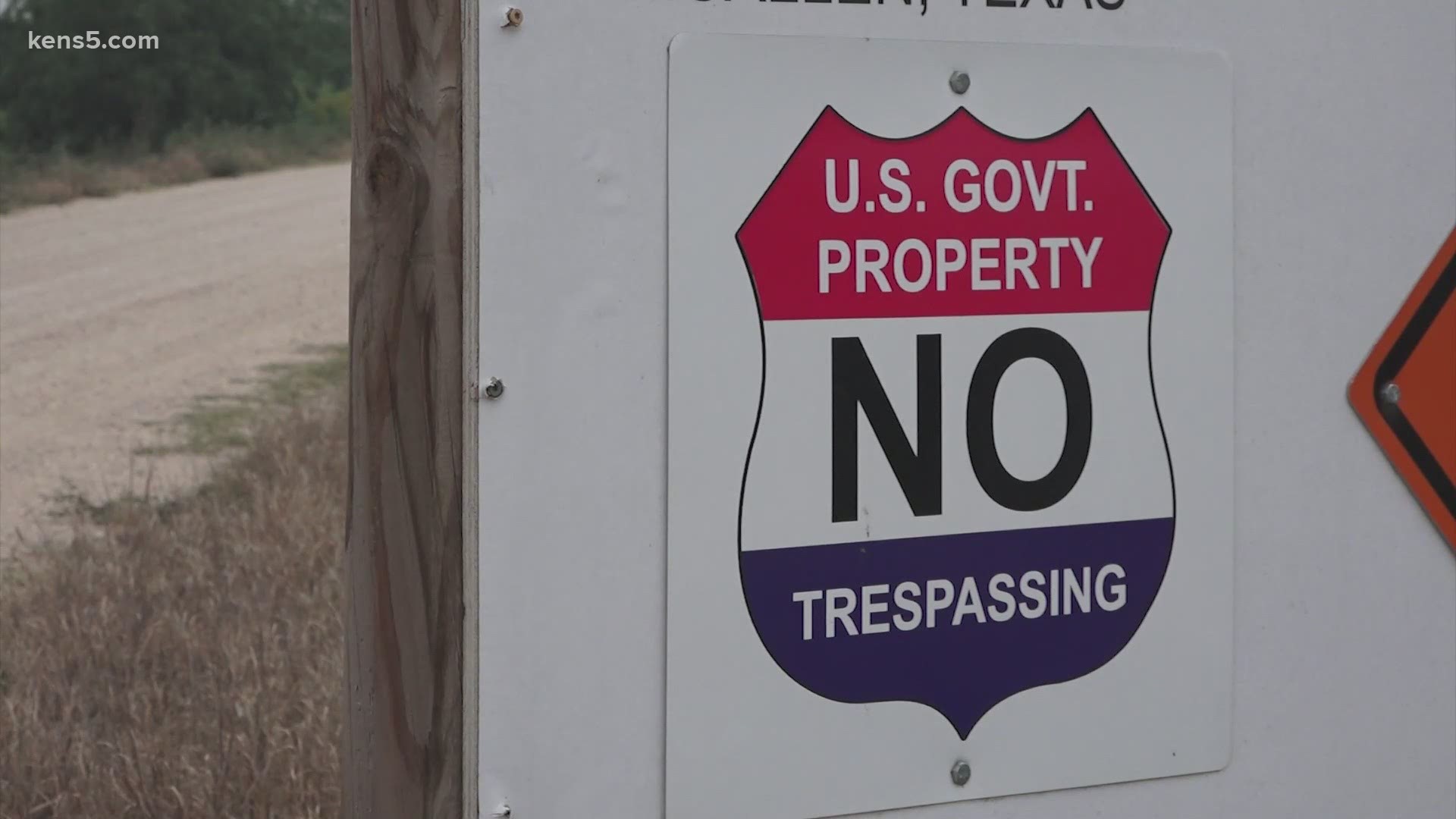 MISSION, Texas — When running for president, Joe Biden promised the land seizures along the U.S.-Mexico border would stop, saying as much in an interview with NPR.

This week, a federal judge gave the U.S. government a parcel of land its owners have been fighting to keep.

“We don’t want to lose the land. This is our land,” said Reynaldo Anzaldua.

One of his family members, Eloisa Rosa Cavazos, is named in the suit.

Anzaldua is tired of fighting for what belongs to his family. Especially in the country, where he says it’s not supposed to happen this way.

“We lost either to unscrupulous people or the government. You know, just in the last 60 years or 70 years, my family has lost over 200 acres of land to eminent domain. It's too much,” Anzaldua said.

On April 13, a federal judge in McAllen granted the government immediate possession of 6.584 acres of Cavazos’s land.

According to the court order, the government described the “public purpose for which said property is taken is to construct, install, operation, and maintain rods, fencing, vehicle barriers, security lighting ,cameras, sensors, and related structures designed to help secure the United States/Mexico border within the State of Texas.”

A U.S. Department of Justice official told KENS 5 "in light of President Biden’s proclamation terminating the national emergency at the southern border of the United States and directing ‘a careful review of all resources appropriated or redirected to construct a southern border wall,’ DOJ asked for continuances in pending cases, including in this case, in which the government had previously filed motions for possession of land on the southwest border."

The hearing that was supposed to take place April 13, was continued from Feb. 16.

However, before the hearing, the judge granted the DOJ’s motion for possession that was originally filed in 2020, a DOJ official said.

The Texas Civil Rights Project has been representing the family in their fight against the land seizure. Roberto Lopez is the Project’s Community Outreach Coordinator.

“It's on President Biden for not withdrawing this lawsuit,” Lopez said. “He said, ‘We're not going to confiscate any lands in my administration.’ And this is exactly what has happened.

“Even if this land isn't used for a border wall explicitly, the government could still seize it and put in a large surveillance tower that could be monitoring everybody in the area right next to the family's property. So, in some form, we are still fighting a border wall."

“That's un-American,” Anzaldua added. “That shouldn't happen in the United States. Why is it? Probably because we're a minority and they can take it and they can just run over us.”

“Freddy” Cavazos says not only is that not enough to divide between the many cousins, their fight and objection to the take over is not about the money.

“Our grandmother told us never to sell this land because we could always live off the land,” Anzaldua said.

“And we have deep roots here in the Rio Grande Valley,” Anzaldua added. ”We've been here since before there was a United States. So, our roots here are very deep and we have a love for the land. We don't want to lose the land.”

KENS 5 reached out to the White House for comment.  A spokesperson didn’t provide one, and instead suggested we contact the Department of Homeland Security.

KENS5 reached out to U.S. Customs and Border Protection as well, but haven’t heard back.