Innocent mistake or murder? Amber Guyger's fate now in the hands of the jury

The prosecution and defense left jurors to decide whether Amber Guyger is guilty of murder or simply made a tragic mistake the night she killed Botham Jean. 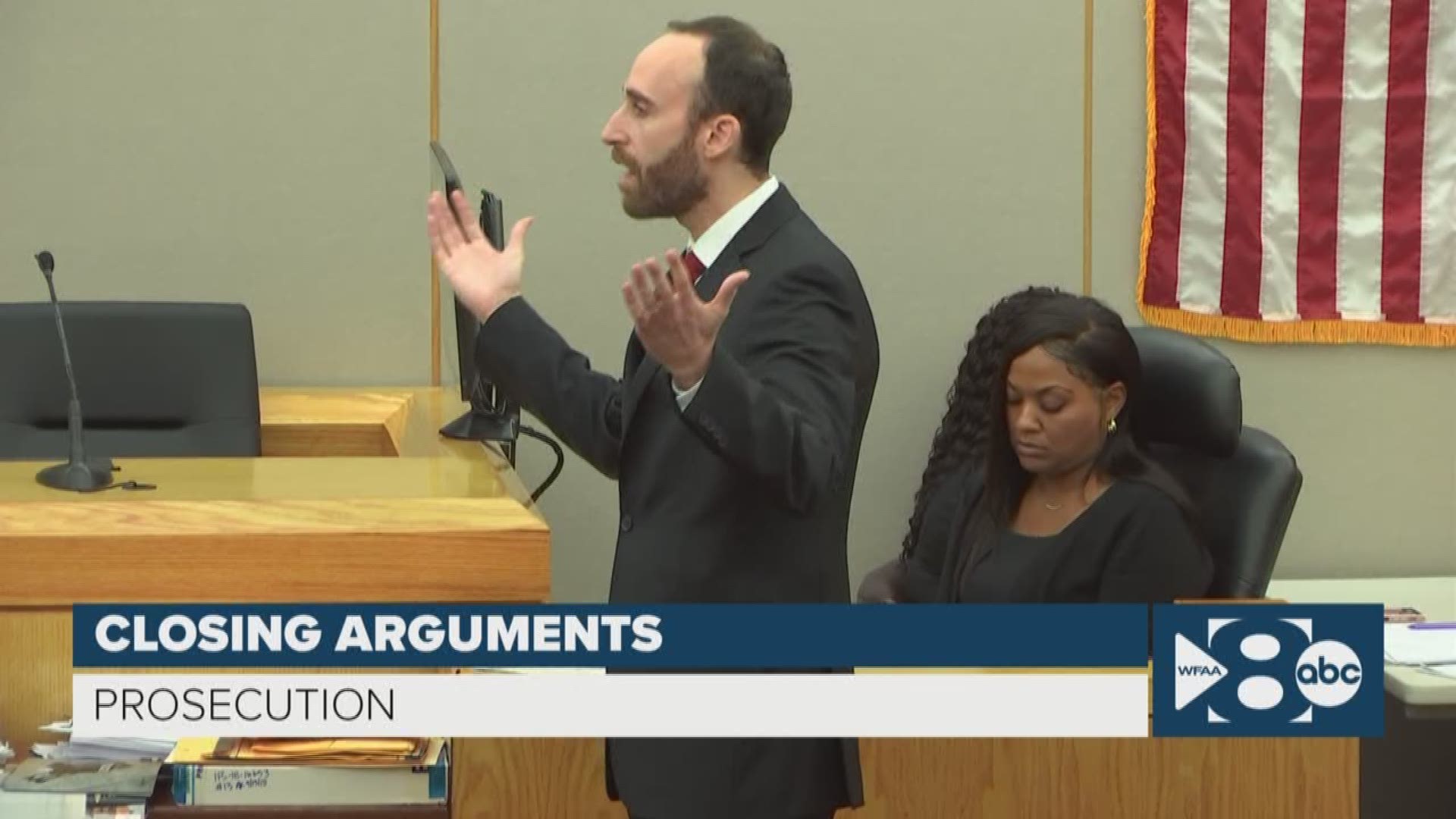 Prosecutors and defense attorneys gave impassioned closing arguments Monday morning and now, jurors must decide for themselves if former Dallas police officer Amber Guyger is guilty of murder, or simply made a tragic, innocent mistake when she killed Botham Jean.

During closing arguments, jurors showed no visible reaction, but paid close attention as the attorneys laid out their cases for and against a murder conviction.

“She made the decision outside the door,” said prosecutor Jason Fine, the first to address the panel. “She was going in there, commando-style, and was going to execute whoever was in there.”

He walked jurors through the jury’s “charge,” or set of legal instructions Judge Tammy Kemp read to panelists before final arguments began. The charge contains legal definitions and instructions on how to render a verdict, and summarizes possible legal defenses to consider during deliberations.

“It’s not a mistake,” Fine said of Guyger’s actions. “It’s a series of unreasonable decisions.”

He said that the only evidence that matters is what led up to his client opening the door and shooting Jean at the South Side Flats. He said questions about whether Guyger performed appropriate first aid afterwards, whether she followed police procedure in an off-duty shooting, and salacious details about her relationship with a married officer were all irrelevant to whether she committed murder.

“They want you to be angry, upset,” Shook said of the prosecutors. “Jurors deciding things on emotions, bad things can happen.”

He acknowledged the case is politically charged, but cautioned jurors not to render a verdict based on how the public might react.

He reminded jurors that evidence showed that dozens of South Side Flats residents had also made mistakes about which floor they were on, and some had even gone to the wrong apartment thinking it was theirs.

He said the police vest and backpack Guyger was carrying could have obscured the red door mat Jean had in front of his door. Guyger had no mat in front of her apartment.

“The law recognizes that mistakes can be made,” Shook told jurors, calling the incident a “horrible perfect storm” of circumstances.

Robert Rogers, another defense attorney, called the state’s case nothing more than “sexting and speculation,” referring to lewd text messages Guyger shared with her partner.

“She’s an ordinary and prudent person who made a mistake,” Rogers said. “She believes this intruder is coming to kill her.”

The last person the jurors heard from was lead prosecutor Jason Hermus, who said jurors cannot let the death of an innocent man, sitting in his apartment, eating a bowl of ice cream, go unpunished.

“It was her intent at the moment she shot him, to kill,” he said. “The defendant has committed murder.”

He said Guyger did not give loud commands to Jean to show his hands, as she testified. Hermus said if she had, the defense would have found an ear witness and called that person to testify.

“For Amber Guyger, Mr. Jean was dead before that door ever opened,” he told jurors. “She wanted to engage him.”

He held up the red door mat Jean had in front of his apartment. “You can’t miss this! No reasonable person would have missed this.”

“You 12 people get to write the last chapter,” Hermus said. “You can restore justice in this case.”

RELATED: Full coverage of the trial of Amber Guyger