Could Amber Guyger be convicted of a charge other than murder?

A lesser charge could be included in the jury instructions after all evidence and testimony has been presented. Guyger is charged with murder in Botham Jean's death.

Credit: AP
Fired Dallas Police Officer Amber Guyger listens as her attorneys make arguments during her murder trial, Monday, Sept. 23, 2019, in Dallas. Guyger went on trial in the shooting death of a black neighbor as attorneys sparred over whether the officer was distracted by a phone call when she mistook the neighbor's apartment for her own and the victim for an intruder. (Tom Fox/The Dallas Morning News via AP, Pool)
Author: Tasha Tsiaperas
Published: 5:14 PM CDT September 27, 2019

UPDATE: Judge Tammy Kemp asked the jury to consider murder or manslaughter Monday ahead of closing arguments. Criminal negligent homicide was not included in the instructions to the jury.

Amber Guyger is on trial for a murder charge, but there’s a chance she could be convicted of a lesser criminal charge in the September 2018 shooting of Botham Jean.

Guyger, 31, was off duty but still in uniform when she mistakenly went into Jean's apartment and shot him. She is claiming self-defense because she thought she was in her own apartment and believed Jean was going to attack her.

The former officer was initially taken into custody on a manslaughter charge but was later indicted on a murder charge.

A manslaughter charge would mean Guyger acted recklessly. A charge of criminally negligent homicide could also be considered.

After prosecutors rested their case Thursday, defense attorney Robert Rogers asked State District Judge Tammy Kemp to give a directed verdict of not guilty of murder.

RELATED: What we've learned in the Amber Guyger murder trial

Rogers said prosecutors had not proved the murder case, nor a manslaughter or criminally negligent homicide case.

Kemp denied Rogers' motion, but the question shows the possibility that jurors could choose to convict Guyger of something other than murder.

During jury selection, prospective jurors were told about manslaughter. Prosecutor Jason Fine said that they have to offer a lesser charge if there is a "scintilla" of evidence to support that charge.

It won’t be clear whether prosecutors will ask to include a lesser charge in the jury instructions until all evidence and testimony has been presented. It will be up to the judge to decide whether the evidence supports including a lesser criminal charge for the jury to consider during deliberations. 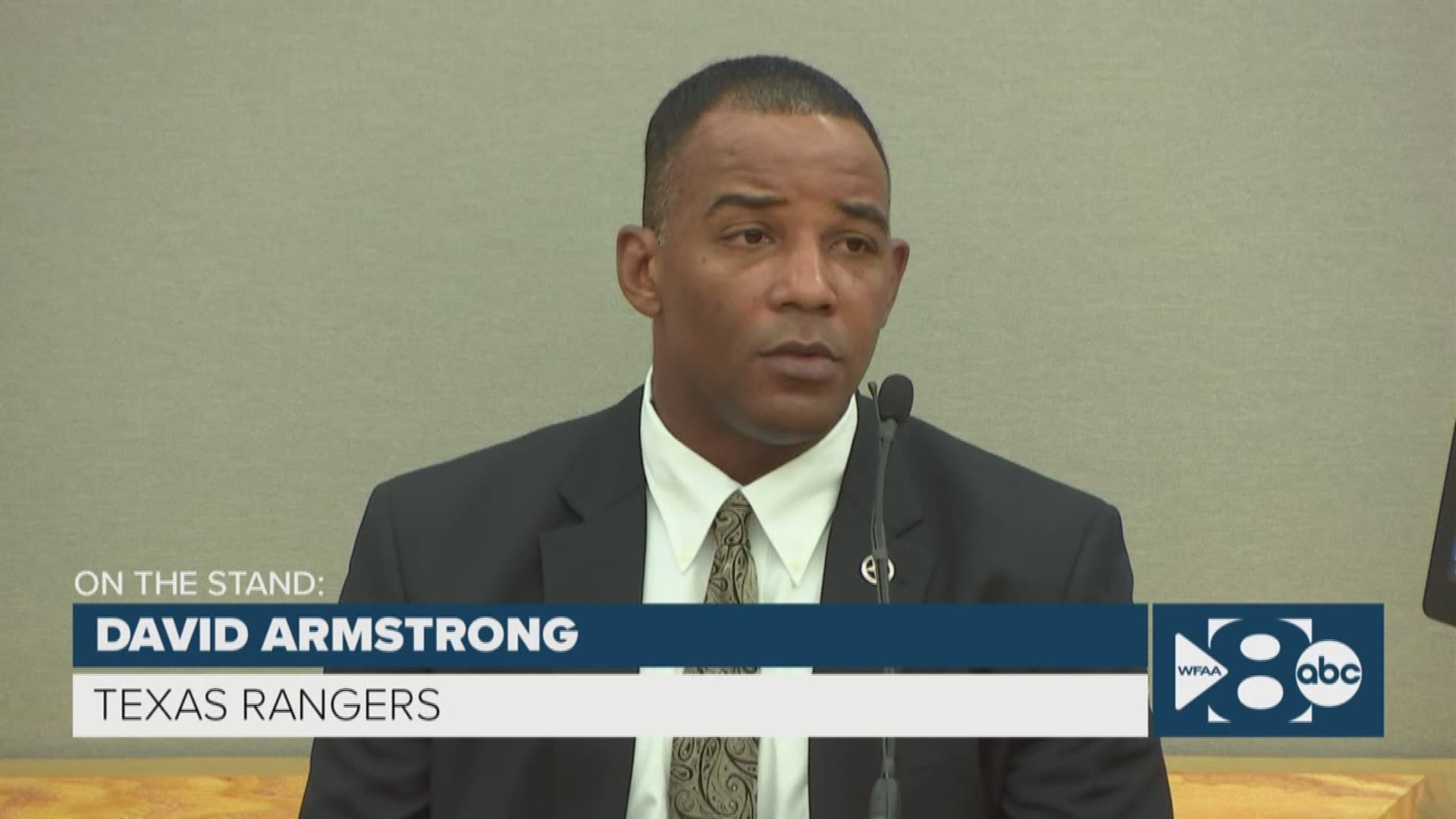 There is a precedent in police shootings to include a lesser charge of manslaughter.

In the case of fired Balch Springs officer Roy Oliver, the jury was given the option to find him guilty of murder or of manslaughter in the death of Jordan Edwards.

The charge given to the jury explained that if they believed Oliver was guilty of either of the charges but had reasonable doubt about which charge they should choose, “they should resolve that doubt in the defendant's favor and find the defendant guilty of the lesser-included offense of manslaughter,” court records show.

Murder carries a sentence of up to life in prison. Manslaughter, which is a second-degree felony, carries a sentencing range of two to 20 years. If Guyger is convicted of manslaughter and sentenced to less than 10 years in prison, she could receive probation.

Criminally negligent homicide is a state-jail felony, which carries a sentence of 180 days to two years in jail.

Defense attorneys will request probation if Guyger is convicted of a lesser offense.

RELATED: Who is Botham Jean? Dallas man shot by police officer was more than his death

RELATED: How to watch the Amber Guyger murder trial