Police handling of Petito, Laundrie domestic dispute to be investigated

"We take all complaints seriously and we are committed to fully addressing these concerns," the department's police chief said. 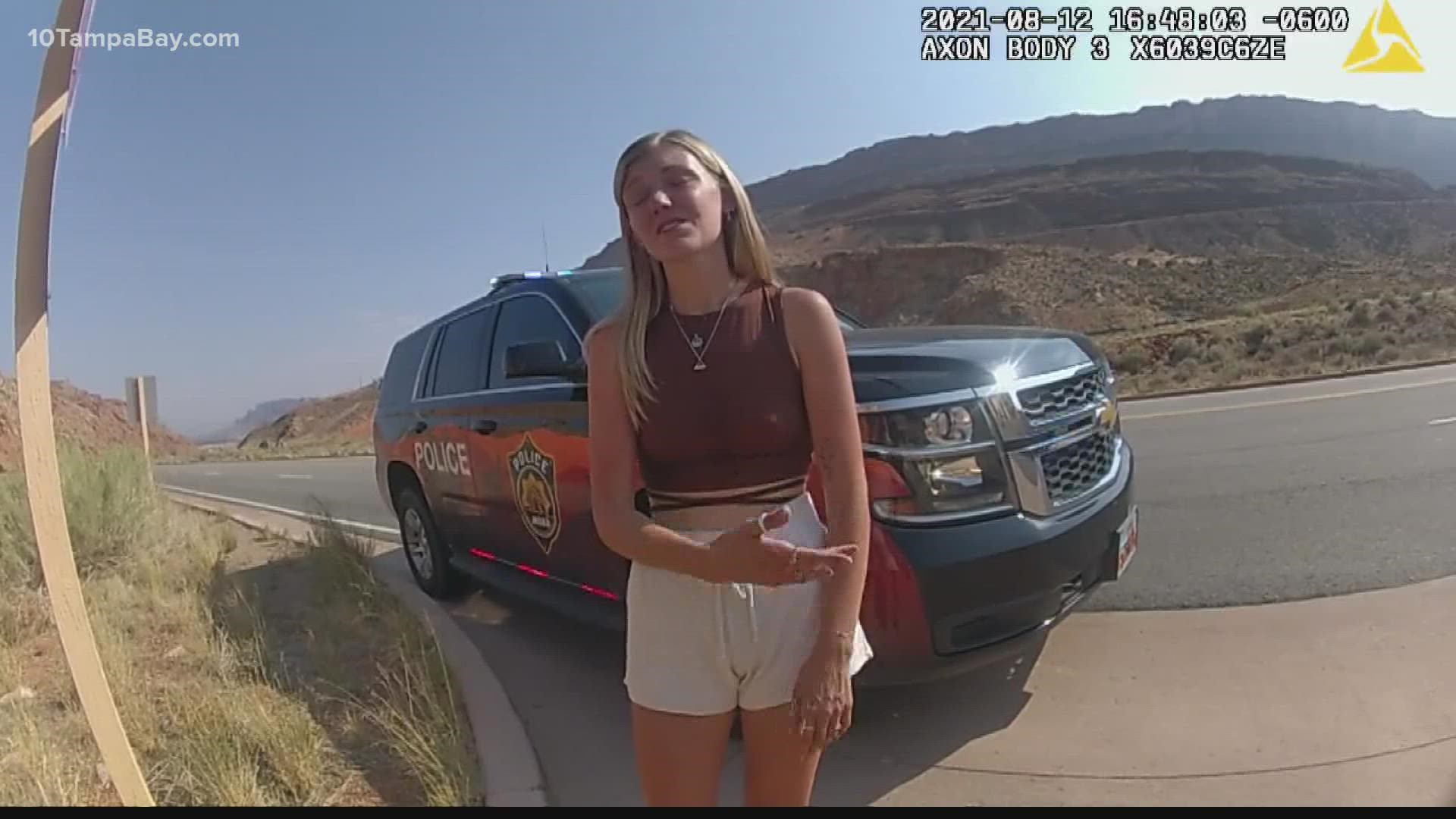 An independent investigation is set to be conducted into the Moab City Police Department's handling of an Aug. 12 domestic dispute between Gabby Petito and Brian Laundrie.

The argument is one piece of the puzzle in the FBI's larger investigation into Petito's disappearance and death. During the couple's cross-country trip, body camera video shows police pulling the two over after receiving reports of possible domestic violence.

Authorities would later determine the incident to be more of a mental health crisis and recommended the two separate for the night.

No criminal charges were pressed.

RELATED: 'Something seemed off' says witness of Gabby Petito and Brian Laundrie's fight

In the time since, Petito's case and the video of the reported argument have gained national attention — and apparent questions into how officers handled the situation.

According to Moab City Police Chief Bret Edge, an outside party filed a request with the police department for a formal investigation of the incident.

"We take all complaints seriously and we are committed to fully addressing these concerns," he added.

The investigation will be conducted by an unaffiliated law enforcement agency which the police department says it is working to identify.

"We look forward to the investigation. Should the investigation identify areas for improvement we will take that information to heart, learn from it, and make changes if needed to ensure we are providing the best response and service to our community," Edge said.

The city of Moab said there are clear standards for officer conduct when it comes to potential domestic disputes and that at this time it is unaware of any breach of policy. Should the investigation show otherwise, it adds, it will "take any next steps that may be appropriate."

"We understand that individuals can view the same situation in very different ways, and we recognize how the death of Ms. Petito more than two weeks later in Wyoming might lead to speculation, in hindsight, about actions taken during the incident in Moab," the city said.

The investigation will look to gather any underlying facts and evidence to thoroughly evaluate the actions taken on Aug. 12. The city of Moab called Petito's death a "heartbreaking tragedy" and offered its condolences to her family.

FBI in Denver positively identified the body found in the Bridger-Teton National Forest as Petito on Sept. 21. Law enforcement says the coroner's office determined the initial manner of death is a homicide. However, the official cause will be determined following the final autopsy.

Laundrie, whose whereabouts remain unknown, is considered a person of interest in the case.

RELATED: TIMELINE | The disappearance and death of Gabby Petito: What we know