Texas woman wakes up to bloodbath in bedroom, caused by decomposing body above her

Officials said the man who lived above the woman's apartment died and his body was decomposing. 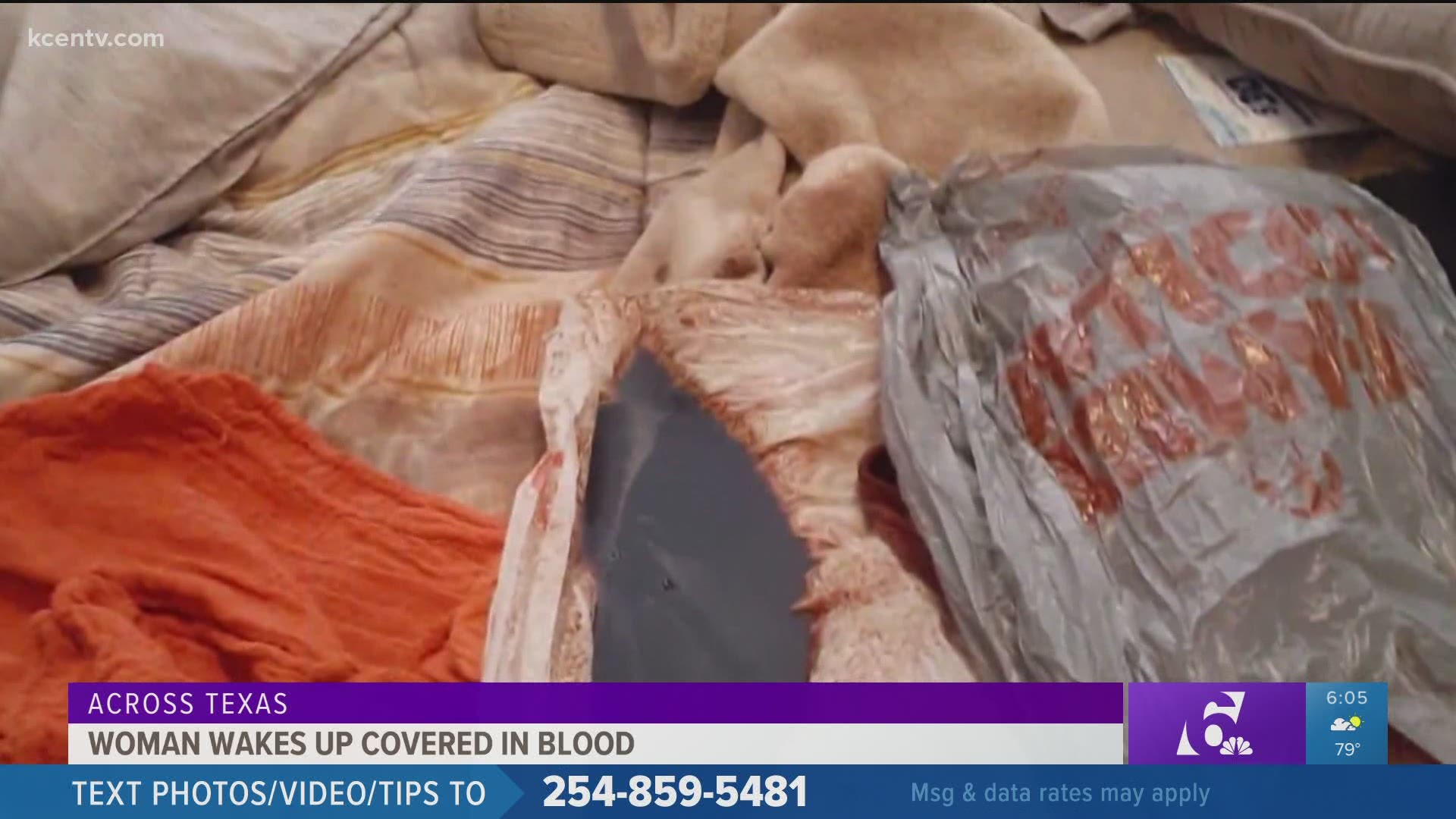 EL PASO, Texas — Ana Cardenas woke up to horror in her El Paso apartment on Tuesday. She called police and said blood was spattered across her ceiling, her walls, even on her face and hair.

"My apartment is covered in blood," Cardenas said she told him. The blood was coming from her ceiling and dripping onto her ceiling fan, which caused it to spray across the room.

Police arrived on scene and went upstairs to investigate. She said officers found her upstairs neighbor had died and had been decomposing for five to six days. They later determined he had died of natural causes.

"The firefighters knocked down his door and the body was laying exactly where my fan is underneath," Cardenas said. "He had carpet but the blood seeped through to my ceiling."

Cardenas said maintenance came to look at the damage to her apartment. "They took my fan down and a pool of blood came pouring down," she said. Her mattress was destroyed from the blood and other fluids. "I called maintenance and they said 'are you sure' and I said blood is falling on me."

Cardenas said she is battling the apartment's management company to compensate her for her damaged property. She's been living at the complex for nearly two years but didn't have rental insurance. She said she is not renewing her lease.

Cardenas also said she was going to see a doctor in case she has any medical situations she has to be worried about.

"It grossed me out, I was in shock," Cardenas said. "I thought this isn't real this is a dream, wake up."

A GoFundMe has been set up to help Cardenas help her replace her belongings.