President Donald Trump is in North Carolina to tour a facility that is participating in work on a COVID-19 vaccine. 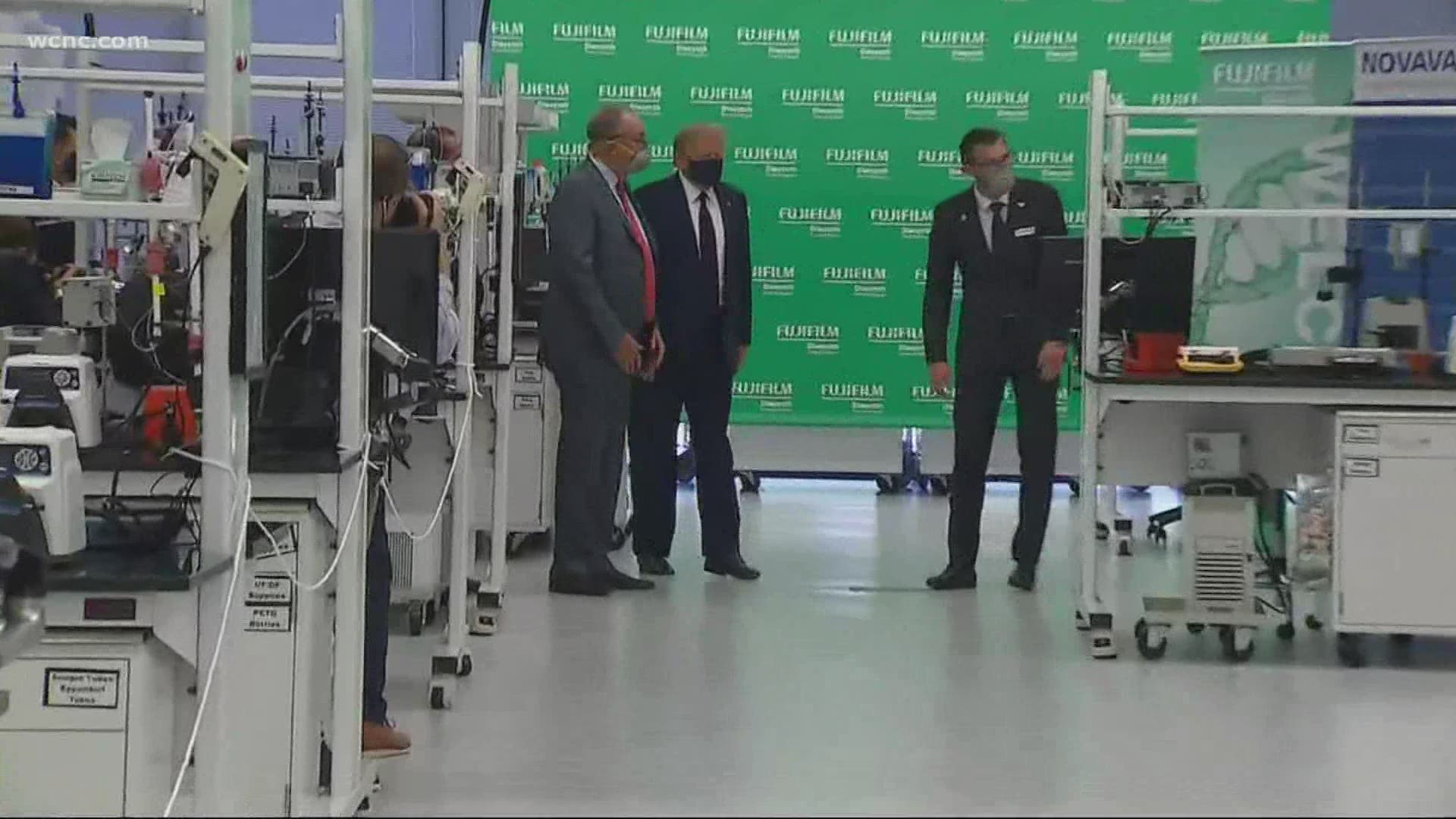 RALEIGH, N.C. — President Donald Trump will be in the Triangle on Monday to tour a Morrisville, North Carolina plant that is making key components of a potential coronavirus vaccine, a White House official said Thursday.

FUJIFILM Diosynth Biotechnologies, a contract manufacturer for vaccines and gene therapies, is working with Maryland-based Novavax, which recently won a $1.6 billion federal contract to develop a vaccine. Diosynth, which is located in the Raleigh sububrb, has already started production of the first batch of Novavax's NVX-CoV2373 vaccine candidate.

"This is just really exciting for us. We're so happy to be involved in this," Diosynth Chief Executive Martin Meeson said. "Being able to respond to a global pandemic by having this ability to manufacture [a vaccine] is just a real honor for us."

The White House said the company is manufacturing key components of a COVID-19 vaccine candidate being developed by Novavax, an American vaccine development company based in Maryland.

Novavax has been chosen to participate in Operation Warp Speed, a U.S. government program that seeks to begin delivering millions of doses of a safe, effective vaccine for COVID-19 next year. The company has been awarded $1.6 billion from the federal government.

Trump won North Carolina's 15 electoral votes in 2016 by nearly 4 percentage points. The state is considered a presidential battleground this fall, too.

RELATED: Fauci says he wouldn't fly or eat out amid the coronavirus pandemic

A scaled-down version of the Republican National Convention is still set for Charlotte next month. Trump pulled his acceptance speech from there after conflict with Democratic Gov. Roy Cooper over convention safety. The convention festivities headed to Jacksonville, Florida, but Trump pulled the plug on that venue last week.

The White House said Trump is expected to speak about the collaboration between the administration and the private sector to rapidly develop a vaccine and ensure rapid distribution once ready.

Another $1,200 stimulus check? What we know so far

Virginia residents should report any unsolicited packages from China that contain seeds. Here's why.