Tender moment caught on camera of police chief helping a young boy, who was scared at protest

Watch this tender moment of San Antonio Police Chief William McManus helping a young boy who was scared of all the officers wearing riot gear near the Alamo. 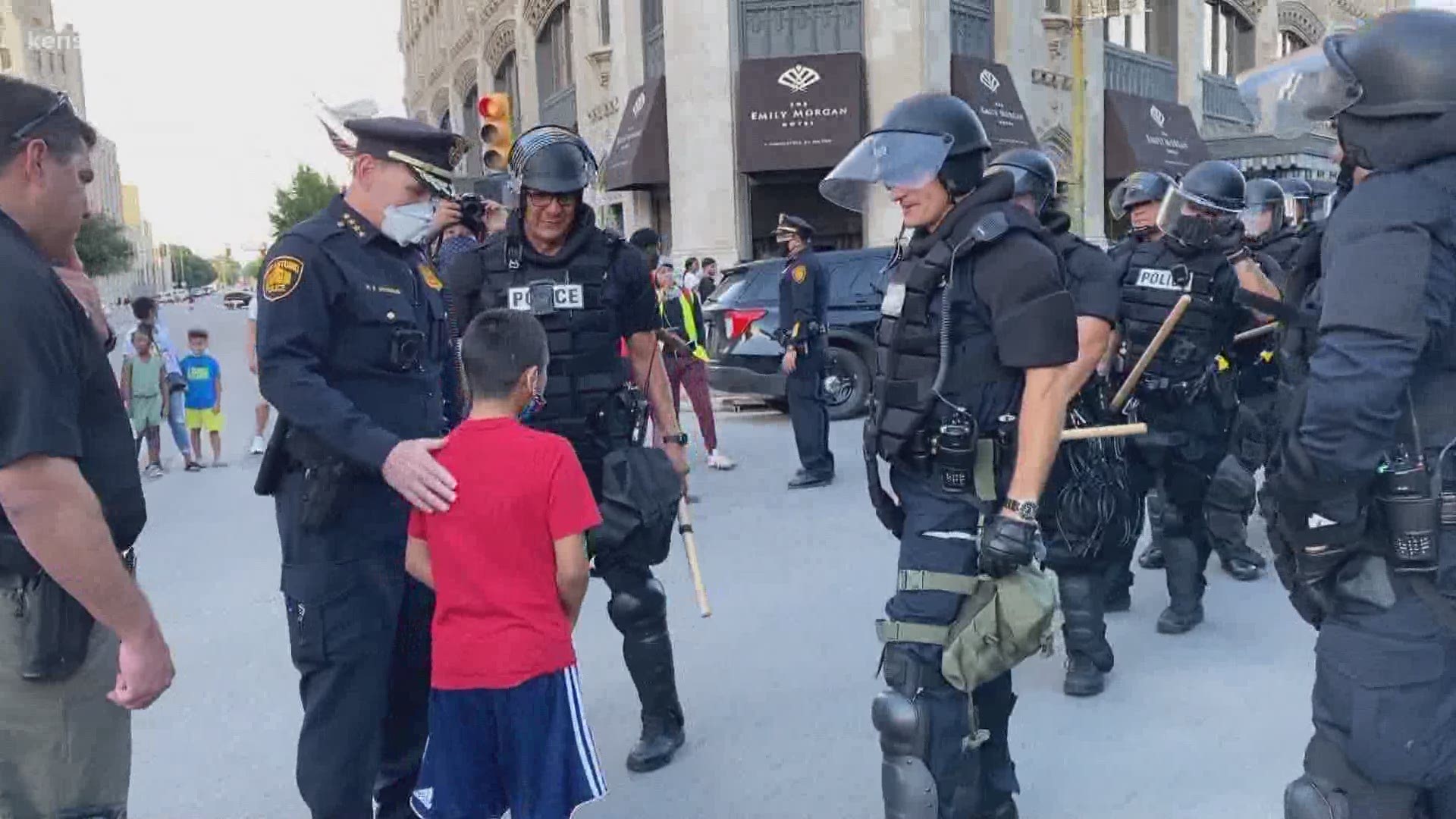 SAN ANTONIO — As a peaceful protest was underway Saturday afternoon, a young boy was struggling to understand what he was seeing - with dozens of police officers suited up in riot gear nearby the Alamo.

"He walked up to me and he asked me - he was crying and he said, 'Are these people going to hurt me? Are those men going to hurt me?' He was pointing to the mobile field force. They were all suited up in their riot gear and they looked pretty ominous."

Chief McManus assured the boy, who was only identifed as "Robert" - who is from Corpus Christi - that the officers were there to help him stay safe. They were among thousands gathered for a peaceful protest in honor of George Floyd, the Minneapolis man whose death was caught on video last Monday as he died while officers had him pinned to the ground.

"He (Robert) couldn't get it in his head that they weren't going to hurt him, so I said, 'Come on with me, I'll take you over there so you can say hi to those guys,'" McManus said.

Robert followed McManus and that's when dozens of officers made room for him to walk in between their rows to give them a high-five.

"He came out with the biggest smile on his face," Chief McManus said. "It was a really, really gratifying moment to see that little boy who was in tears because he was afraid of them - come walking out from the middle of them because he was all smiles."

RELATED: Man who died while being restrained by fired Minneapolis cop was from Houston, NAACP says