Despite the holiday, and the inclement weather, they were searching tirelessly in a neighborhood off Pentz Road alongside Oakland's FEMA Task Force 4. 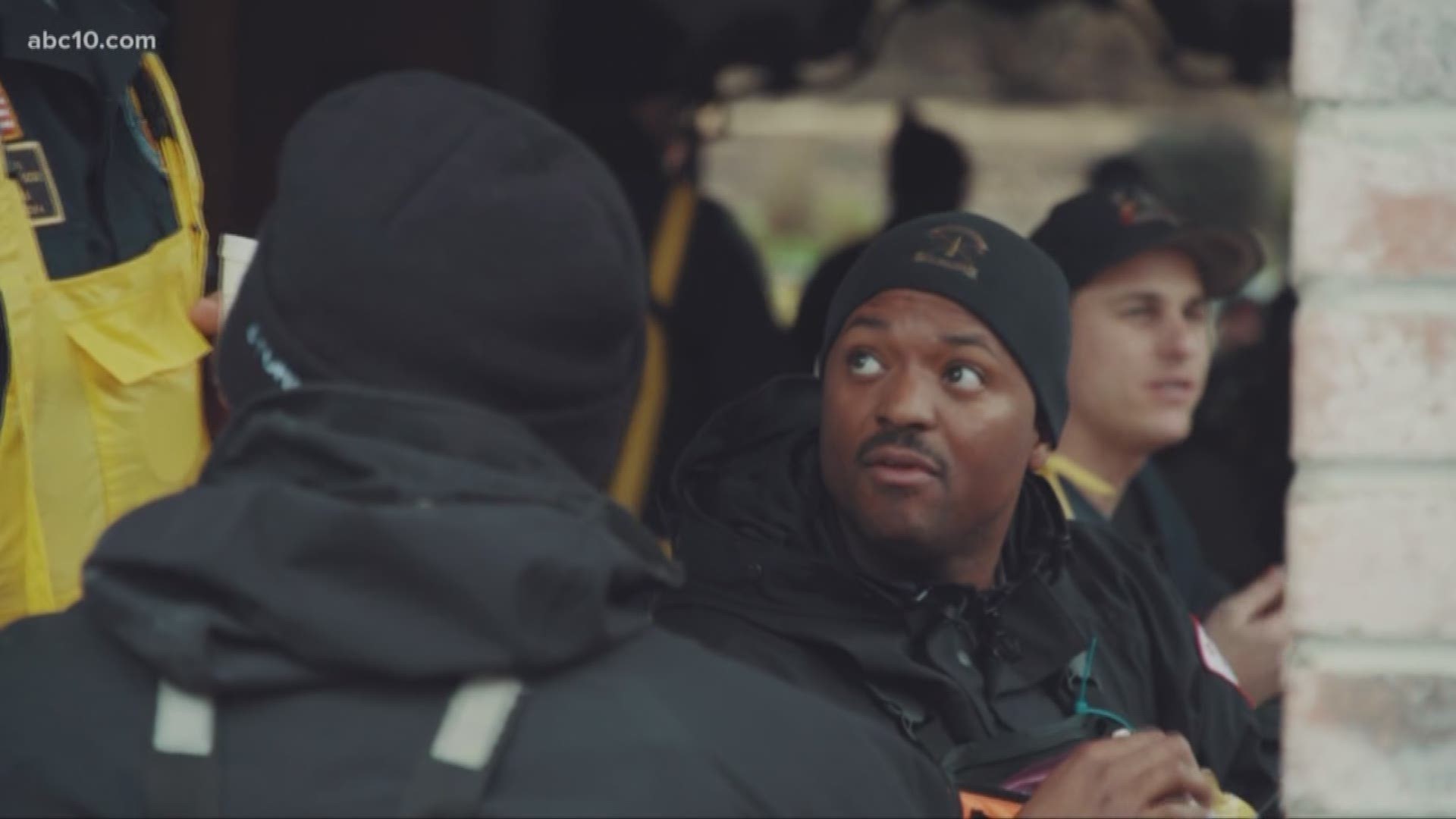 PARADISE, Calif. — It's Thanksgiving in Paradise, but the only gatherings you'll find here are groups of firefighters sitting around plastic tables set up under one of the few structures still left standing.

If they're eating turkey, they most likely got it from a deli outside of town. But most have just settled for brown bag lunches and warm coffee.

They have little time to eat. There's still hundreds of homes that need to be checked.

“We're literally going home to home, foundation to foundation, to try and affect recovery to provide closure for those lost in the fire,” said John Graf of Sacramento Metropolitan Fire Department.

Graf is a strike team leader from Metro Fire of Sacramento. He and his crew arrived in Paradise two weeks ago to fight the fire. Now they have a new mission.

“The strike team is currently assigned to the Paradise branch, which is a recovery--search and recovery operation-,” Graf explained. “So we're working 12-hour shifts, and we are working with a forensic team and anthro teams to recover what remains we can within the foundations of the home.”

ABC10’s Michael Anthony Adams spotted Graf's team on my drive through Paradise. Despite the holiday, and the inclement weather, they were searching tirelessly in a neighborhood off Pentz Road alongside Oakland’s FEMA Task Force 4.

On a day many were spending in the comfort of their own home, these first responders were combing through what was left in Paradise, searching for the Camp Fire dead and trying to bring closure the thousands of people who have been displaced.

"Our focus is really on those that are affected by this fire," Graf said. "There are many people that had a great deal of loss of life on this fire. We're keeping those people on the front side of all of our thoughts, and our prayers go out to all those people. And that's helping us to carry through with our mission."

RELATED: "California Wildfires: The New Normal" is ABC10's new 9-part series on how wildfires are changing lives across Northern California.

Watch episode 4 "The Hotshots" now: The Navy has SEAL Team Six. The Army, Delta Force. But in the world of firefighting, hotshots are the tip of the spear.