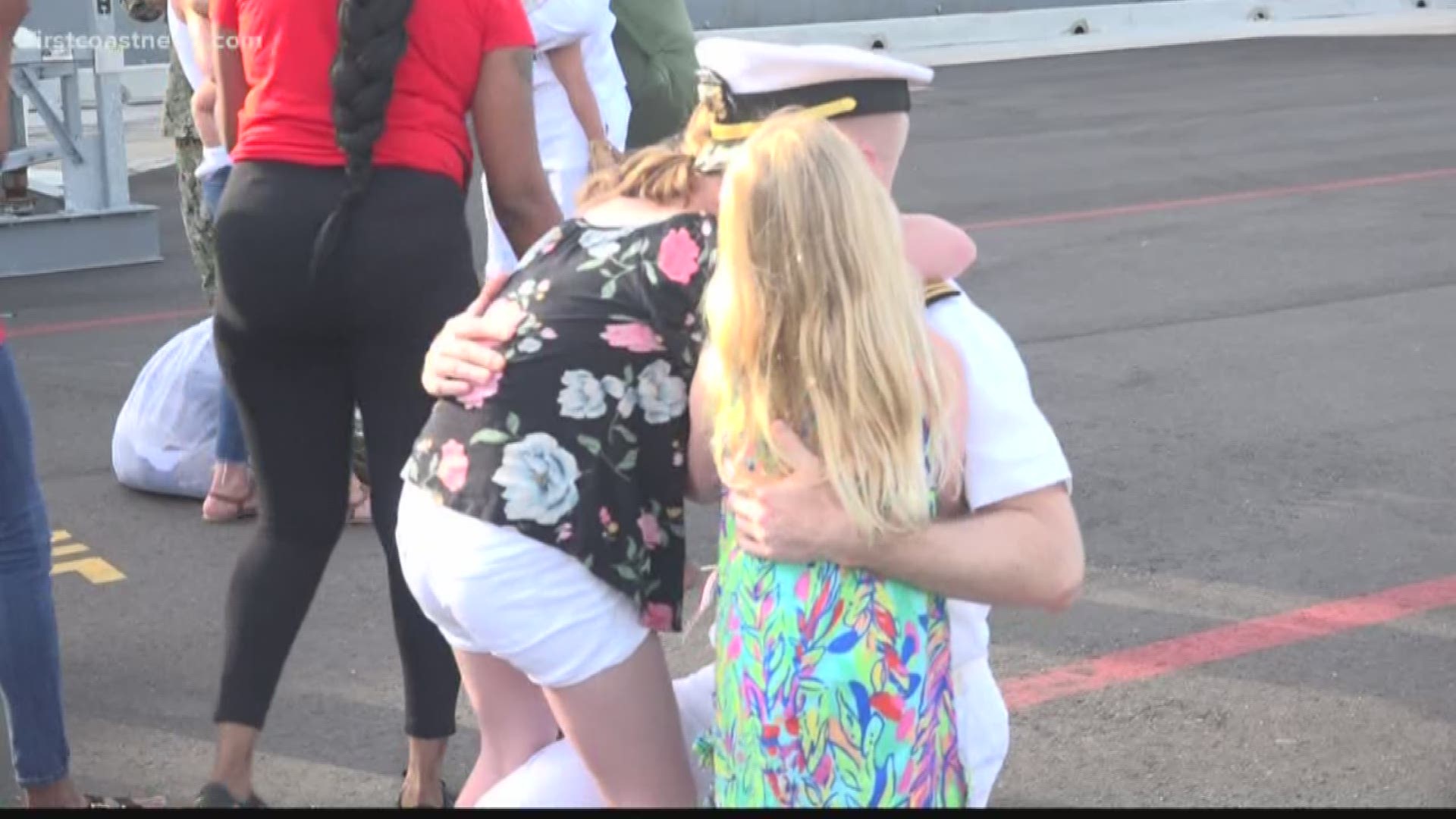 JACKSONVILLE, Fla. — After seven months, over 300 sailors assigned to USS Fort McHenry returned home to their families on Thursday.

For Robert Kennedy, it was also the first time he held his daughter Eli, born four months ago.

During their seven-month deployment, the sailors supported maritime security operations in Europe and the Middle East.

It was Ashley Vescera's first deployment. She enlisted in the Navy right out of high school and her dad, Joe, told First Coast News the uncertainties of serving in the military kept him up at night thinking of Vescera.

"Always a worry," he said. "Never really thrilled or completely content with the decision, but respected it. You support whatever she wants to do."

The ship was part of the more than 4,500 Sailors and Marines serving in the Kearsarge Amphibious Ready Group (ARG) and the 22nd Marine Expeditionary Unit.

RELATED: Hundreds of sailors deployed from Mayport, will miss Christmas with families

While deployed, the ARG participated in several military exercises and made port calls in the Baltics, Black Sea, Mediterranean Sea and the Middle East that deepened existing relationships with allies and partner nations.

The ship pulled into Naval Station Mayport around 7:30 a.m.

1 / 10
Bill Austin
After seven months, over 300 sailors assigned to USS Fort McHenry returned home to their families on Thursday.