Turlock natives weigh in on Colin Kaepernick: 'The town turned their back on him'

If you came to Turlock in 2013 you saw cookies, hot dogs and jerseys of Colin Kaepernick. Today, a totally different story. 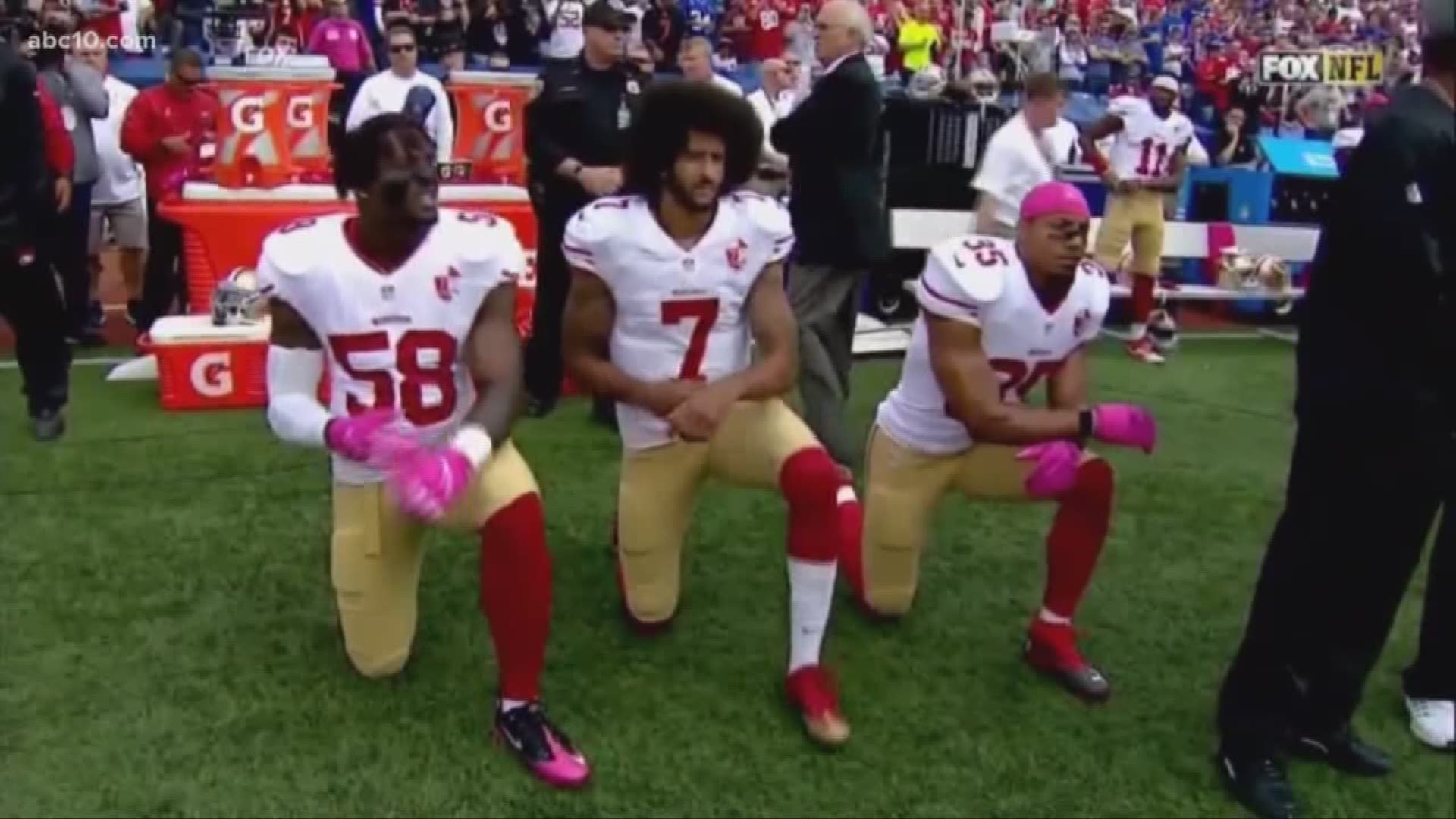 If you came to Turlock in 2013 you saw cookies, hot dogs and jerseys of Colin Kaepernick. Today it's a totally different story.

You would struggle to find anybody to even talk about the former NFL quarterback and Pitman High School star, and many Turlock natives echoed the same sentiment: Turlock turned its back on Colin Kaepernick.

"It's just sad to see that the hometown that he's from is totally not backing him anymore," Turlock native Sunshine Sakuda said. The 26-year-old said once the former hometown hero took a knee to protest police brutality in 2016 the town's support of the Pitman alum shifted.

"All of a sudden, there was no word of Kap around town,"Sakuda said. "There were no signs supporting him. There was no 'This is Kap's hometown.' There was no pride or honor that he represented us. It was... Gone."

Turlock High School sophomore Xavier Mason still proudly displays that scarlet and white No. 7 jersey that was once flaunted at sports bars around town. Mason says Kaepernick changed his life after he had a chance to meet the man who helped lead the 49ers to a Super Bowl in 2013.

"These are shirts we made to show our support for Kaepernick," Mason said as he scrolled through photos of him with the former NFL star. When the 15-year-old was asked what would happen if he were to wear a shirt supporting Kaepernick today, his response was "not too many people like him."

Nike's new 30th Anniversary ad campaign featuring Kaepernick has received backlash online, but Mason said he still supports the NFL player who had a major impact on his life. While Kap's hometown remains seemingly silent on the man it celebrated five years ago, Sakuda is voicing her support for the former 49ers star and the company backing him.

"To risk it all, to sacrifice it all for what you believe in... That's exactly what he's doing. But still people don't see that," Sakuda said. "They still see that he's kneeling protesting the anthem, protesting veterans. It's not that. Social injustices is what he's protesting about."

Videos of people burning their Nike apparel or cutting the trademark "swoosh" logo off their clothes have gone viral online but Sakuda is standing in solidarity with the sports apparel giant.

"I love the Nike campaign. I'm making sure that I had Nike on today," Sakuda said. "I saw so many people burning their Nike shoes instead of donating it to the Salvation Army or donating it to veterans who they say Colin is slandering."

Young men like Xavier Mason would gladly accept any donation of Nike apparel from those who wish to disassociate with the company. Because in spite of all the hate he's received over the course of the last several years, Colin Kaepernick is still a hometown hero in Mason's eyes.