Board members say it has been a while since they have done a school bond election, but now may be the time. 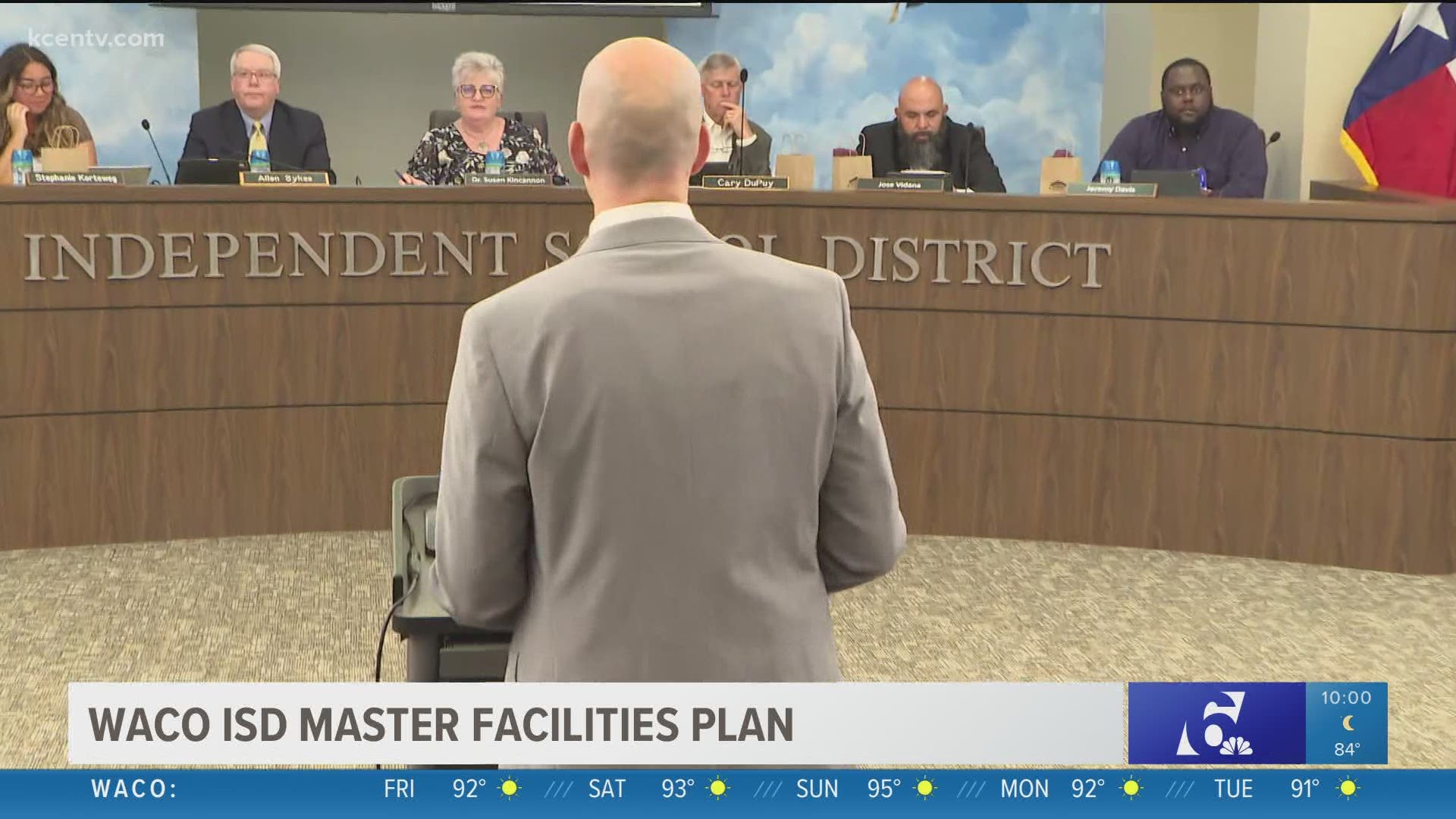 WACO, Texas — Waco ISD school board members are considering a $376.1 million facilities master plan to update a handful of schools built in the 1950's. For the first time, board members heard a presentation about the plan on Thursday.

Board members say it has been a while since they have done a school bond election, but now may be the time.

"I looked up the maintenance request at G.W. Carver and from January to March, and there were 80," said school board member Stephanie Korteweg.

The master plan includes replacing four of the district's oldest schools. When it came to replacing these campuses with larger buildings, the committee suggested the following:

“I think we have gotten to a point where we need to replace,” said Korteweg. “That pressure point is felt, but the pressure points of having 140 students over at Tennyson is also a pressure point. We are starting to look at safety at both campuses"

Board members said schools are so over capacity that it has driven the district to a very high number of portables on the campus.

"From my perspective, our students deserve better than having a portable learning environment they go to day in and day out with that large number of students," said Board Member Allen Sykes.

School board officials say this plan improves the equity among schools and provides better learning environments for students.

Moving forward, Waco ISD board members have until Aug.16 to decide if they want to call an election to get this item on the November ballot.