Where can you legally shoot off fireworks?

If a reporter were to buy some fireworks at the last minute, where could he legally shoot them off? Channel 6's Andrew Moore finally found a good spot. 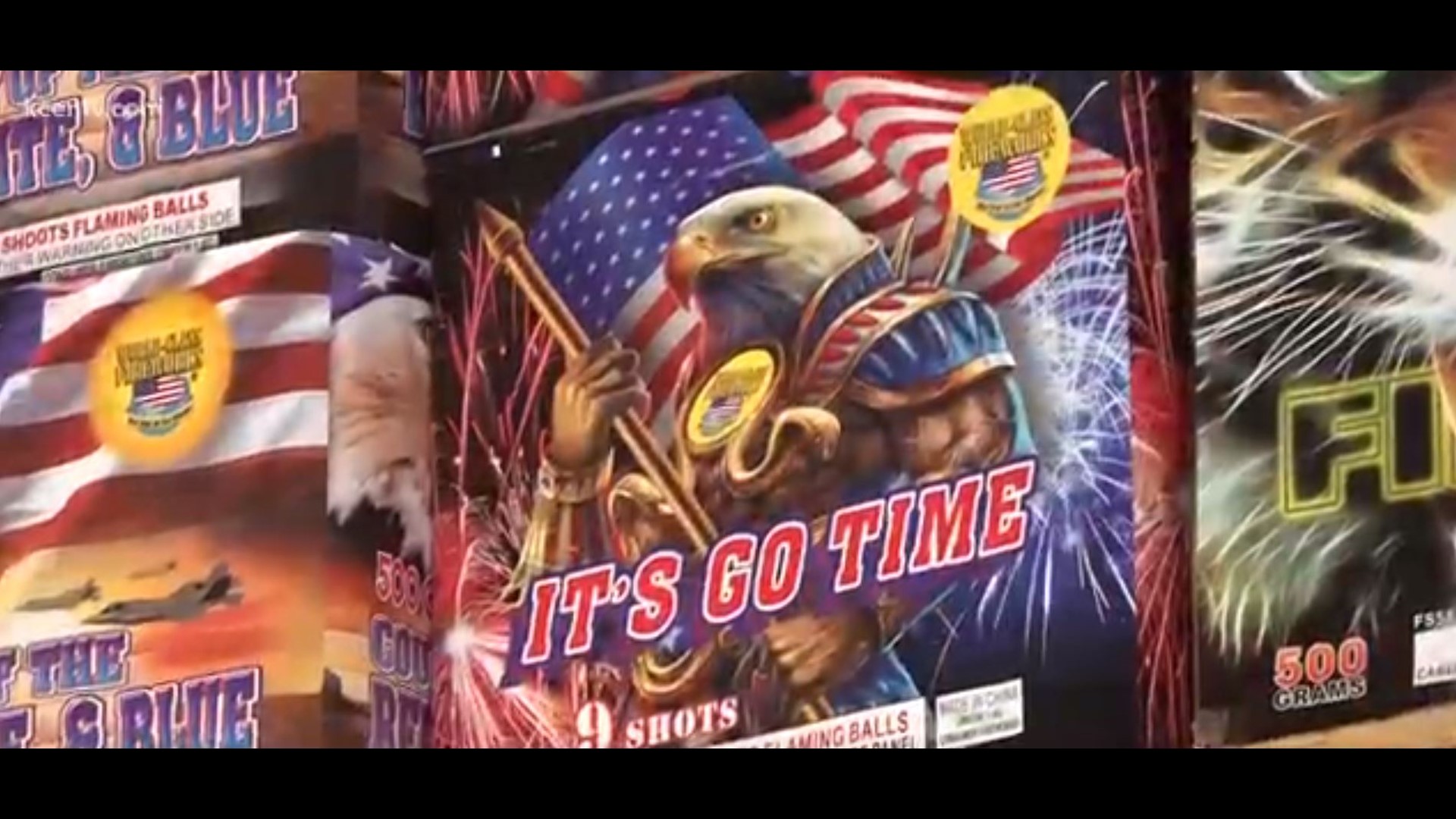 BELL COUNTY, Texas — Is it fun to shoot off fireworks on the 4th of July? Of course! Is it legal to shoot them off where you live? Unless you live in the county, probably not. After KCEN Channel 6 bought some fireworks Thursday morning, reporter Andrew Moore began to look for a good place to set them off.  At first, it seemed there was nowhere to do it.

An official at the Temple Fire Department said it was illegal to set off, or even possess, fireworks in Temple's city limits, so we would not be shooting them off at the station.

Moore then inquired at our local Army Corps of Engineers parks, but a park ranger told me that it was, unfortunately, also against the rules there.

"There's a lot of grass in the park areas and a lot of potential hazards. That's the main reason we don't allow it," Ranger J.T. Spivey said.

Spivey told Moore rangers would simply ask people found with fireworks to take them out of the park. He said rangers could also render the fireworks ineffective and dispose of them if the patrons preferred not to leave. He also told me it was unfortunately getting harder to find a place to set fireworks off.

With most cities and the local lake parks not game for fireworks, that only left private property in the county, assuming there is no burn ban active at that time.

So does that mean a certain local reporter, who lives in the city and just spent $16 on fireworks, is out of luck?

While the Bell County Sheriff's Office said it did not think you could shoot fireworks off local roads, no one knew about local public rest stops in the county.

According to Texas Transportation Code Sec. 203.112,  a Texas county has the option to prohibit fireworks at public rest stops in the county, but it requires them to pay for signs to be put up and maintained. At a local rest stop just south of Salado there were no signs, and the Texas Department of Public Safety said it was not aware of an issue, just the previously mentioned state law.

So, at the end of the day, public rest stops without any signs prohibiting fireworks could be a good option for a family looking to have a little fun on the right side of the law. If you do use a local rest stop to shoot a few fireworks, please pick up any trash after you are done.