Police believe the dog would have died had it not been freed from the vehicle. 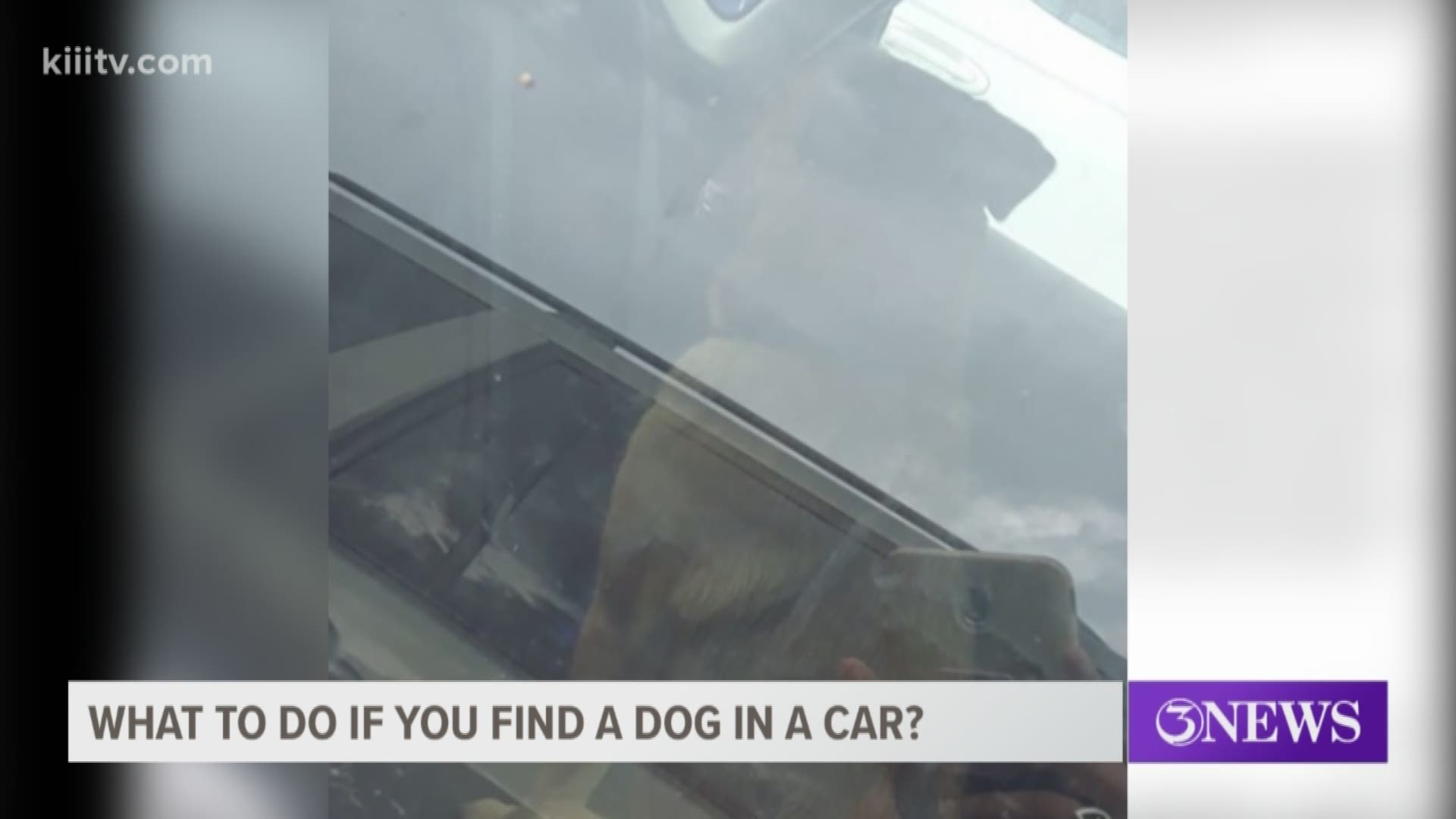 AUSTIN, Texas — A woman has been charged with cruelty to animals after a puppy was left in a hot car on Thursday.

The incident happened around 3:10 p.m. at Bob Wentz Park, according to an affidavit. Police said the dog was likely inside the vehicle for at least 30 minutes.

Coralia Gomez, 41, allegedly tried to enter “the point” area of the park with her small white Lab puppy when staff advised her dogs were not allowed. She then reportedly took her dog back to the car and returned.

Park intern Sean Giffin then went back to the parking lot and located the dog in the back of a gray Dodge Ram, the affidavit said. When police arrived the dog was severely panting, shaking and attempted to seek refuge under the seat.

RELATED: This dog's pads burned off while on walk in summer heat

“It was my perception that the dog was likely in pain and suffering,” said Deputy J. McGraw. “I did not observe any water in the vehicle that would have been accessible to the puppy.”

The car had a 1 inch opening in the passenger side rear window, police said.

Police used a window punch on the driver’s side rear window to break the window and retrieve the puppy. The puppy was taken to an air-conditioned car and given water.

The temperature at the time of the incident was 91 degrees and over 100 degrees inside the car, the document said.

When Gomez returned to her car around 4:35 p.m., officers pulled her over. She told police she had only left the puppy in the car for 20 to 25 minutes.

RELATED: Woman charged after dog dies due to heat stroke from being left in hot car

McGraw said he believed the dog would have died had it not been freed from the vehicle.

The puppy was turned over to animal control and taken to the City of Austin Animal Shelter.

Gomez is charged with cruelty to animals, a class A misdemeanor.

Families living without sewer in subdivision that may be illegal