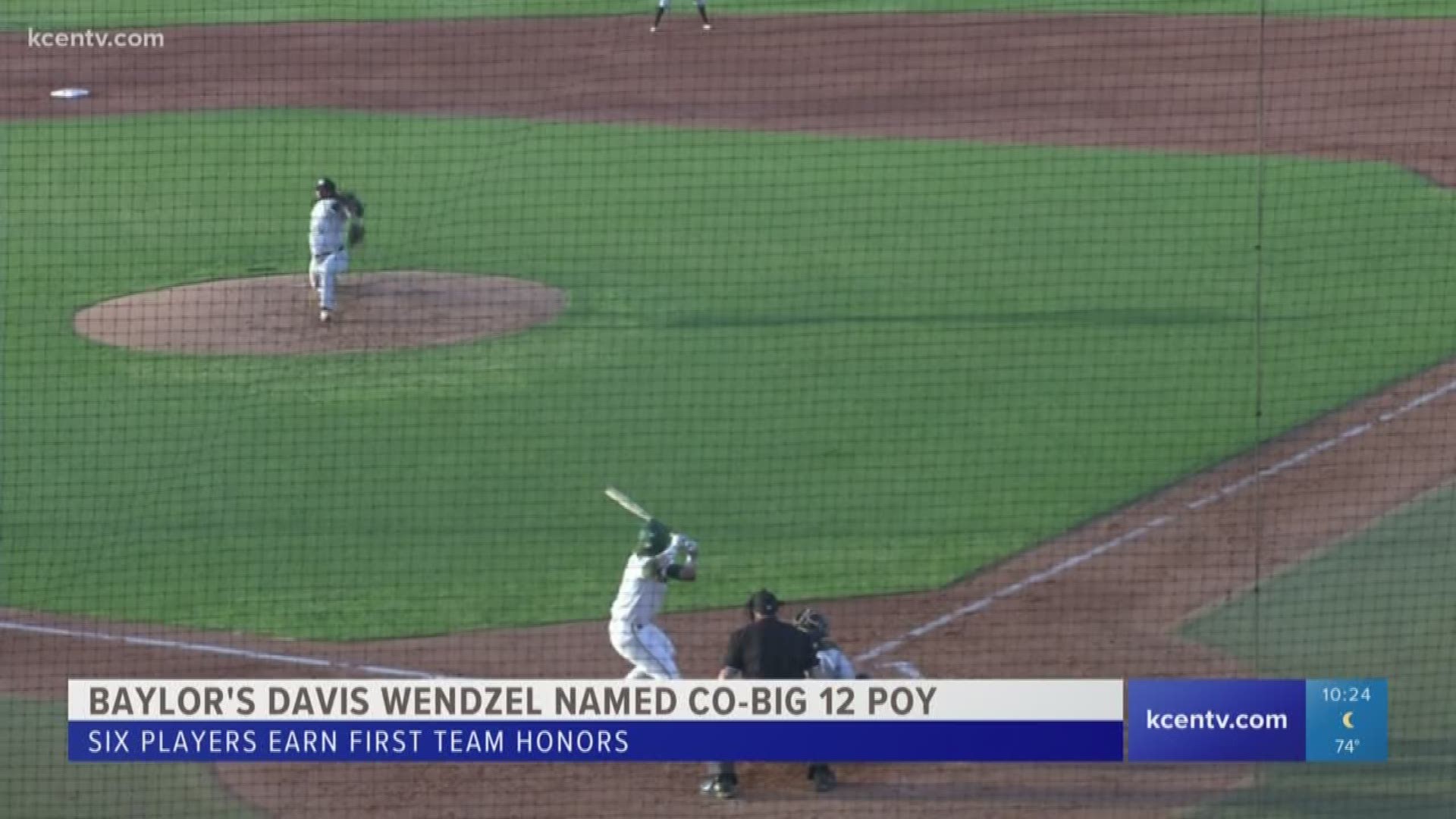 WACO, Texas — The 2019 All-Big 12 Baseball Awards have been unveiled by the Conference, as selected by a vote of the league’s head coaches. Coaches are not permitted to vote for themselves or their own players.

K-State’s Jordan Wicks became the second Wildcat to earn Freshman of the Year and TCU’s Jake Guenther is the first Horned Frog to earn Newcomer of the Year. For the first time during his tenure, West Virginia head coach Randy Mazey was selected as Coach of the Year.

Wendzel leads the Conference with a .385 batting average (60-of-156) and a .500 on-base percentage, while his slugging percentage of .647 ranks third in the league. The junior’s .404 batting average (23-of-57) in conference-only action also leads the league. He has registered a total of 17 doubles and eight homers for 25 extra-base hits and 39 runs-batted-in. Wendzel is the fifth Player of the Year selection from Baylor and the first since catcher Josh Ludy in 2012.

Manoah, a unanimous selection, registered a 1.91 earned run average in 14 games and fanned 125 during that span. He became the first Big 12 pitcher since at least 2003 to record 15 or more strikeouts in back-to-back Conference games. The junior finished with an 8-3 record and registered the nation’s 11th-best WHIP (0.90) during the regular-season. The Miami, Florida, native is the second Mountaineer to win Pitcher of the Year, joining Harrison Musgrave who won the award in 2013.

Wicks led all Big 12 freshmen with a 3.20 ERA and produced a 6-2 record in 81.2 innings pitched for the Wildcats. He struck out 82, which ranked eighth in the league, and allowed just 24 walks during that span. Wicks is the second K-State pitcher to win Freshman of the Year, joining Jake Matthys who won the distinction in 2013.

After playing two seasons at Sacramento City College, Guenther had an outstanding first season at TCU. The redshirt junior reached base in his first 50 games played – which is the third longest reached base streak in a single-season in Big 12 history. Guenther’s .348 batting average and .470 on-base percentage was third in the Big 12.