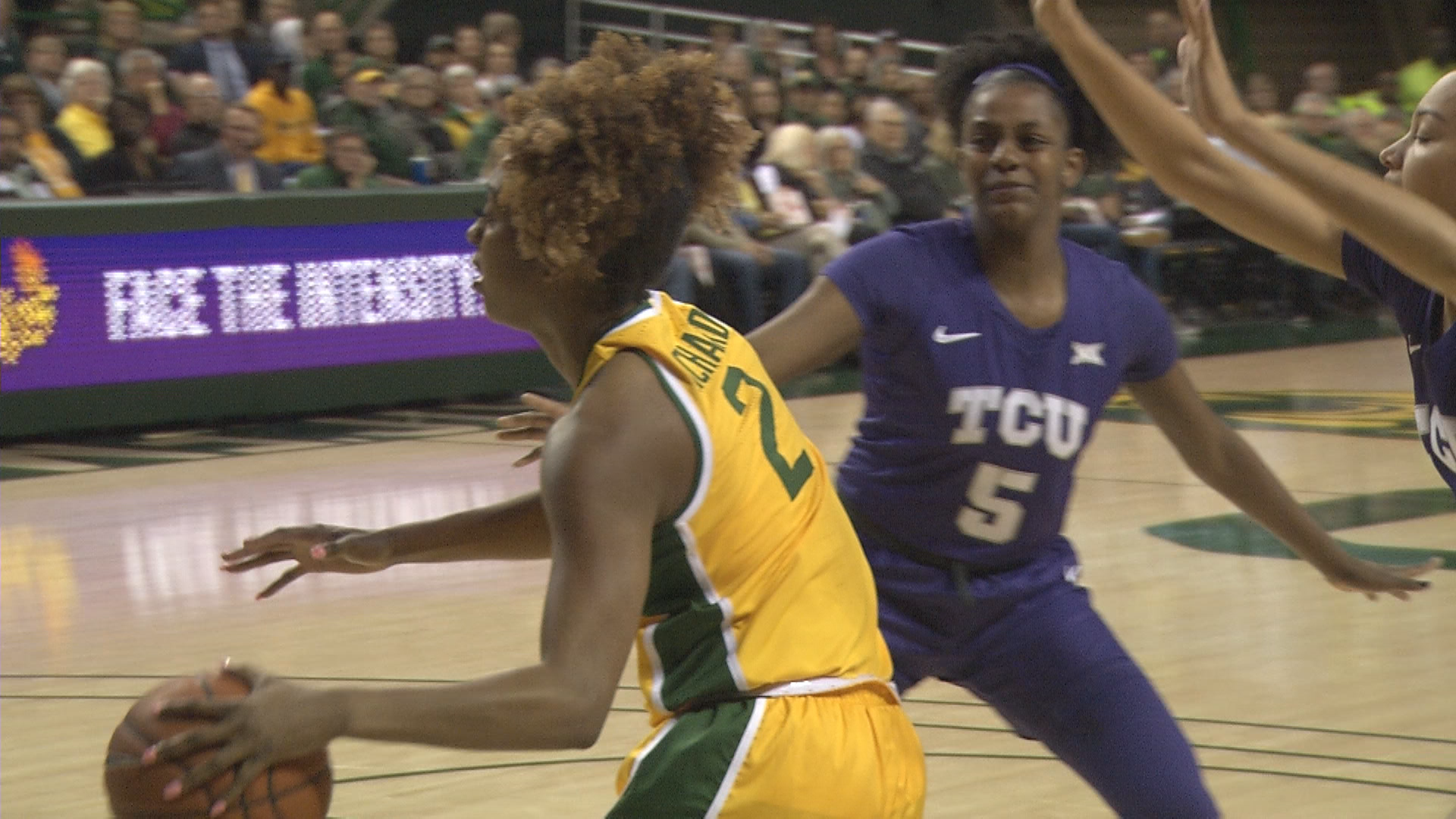 WACO, Texas — Undefeated on the road in conference play, TCU was in position to pull an upset Wednesday as the teams went to the locker rooms at halftime.

But, a third-quarter surge sparked No. 2 Baylor to an 81-62 win against TCU at the Ferrell Center in Waco on Wednesday, expanding its Big 12 lead to three games on the second-place Horned Frogs.

Baylor led 36-34 at the half before opening the third quarter on a 17-4 run forcing TCU coach Reagan Pebley to call timeout late in the third quarter. In that run, senior All-American Lauren Cox scored 10 of her 16 points.

And, according to both Pebley and Lady Bears coach Kim Mulkey, it all started on the defensive end.

“First thing is to stop dribble penetration," Mulkey said. "Second thing is help the helper. Cox and queen did good jobs of helping but then they’d get a layup because we’re hugging our man away from the ball. So we corrected those things a lot.”

Didi Richards scored a game-high 17 points along with nine assists. Cox (16 points, 10 rebounds) and NaLyssa Smith (12 points, 13 rebounds), who didn't play in the game in Fort Worth with a high right-ankle sprain, both posted double-doubles.

Its Smith's ninth double-double this season, the 12th in her two seasons in green and gold.

Next, Baylor travels to Stillwater, Oklahoma, for a game against Oklahoma State at 7 p.m. Saturday.