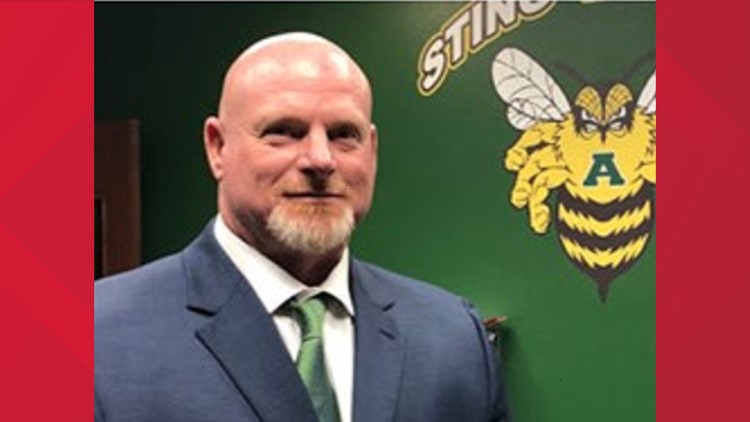 Lancaster replaces Paul Williams, who announced his retirement in January after six years at Academy, and 35 years coaching. As the head coach for the past two years, Williams led the Bees to a 6-15 record and a playoff appearance in 2018.

Coach Lancaster comes to Academy with over 30 years of coaching experience, including serving as the athletic director and head football coach, as well as deputy superintendent of his alma mater, Riverside Military Academy, in Gainesville, Georgia.

Academy ISD Athletic Director, Jared Hunt, had this to say about Coach Lancaster, “It's a GREAT thing to be a Bumblebee. Our athletic program and community are going to like what they get with Coach Lancaster. We have extreme confidence in Lancaster’s ability to relate well and communicate with our players and staff. He understands our mission and vision, and the critical components to establish a culture of family and student-athlete success on and off the field. We are excited to add Chris and his wife Amy to Academy ISD. Sting'em!"

Coach Lancaster's collegiate football background includes experiences as both a player and a coach. He was Clemson University’s starting fullback (1985-1987) under Head Coach Danny Ford before a career-ending neck injury led him to serve as a student assistant coach for the Tigers.

Along with being an asset to the athletic department, Academy ISD Superintendent Billy Harlan knows Lancaster will make a positive impact on campus, as well.

“Academy ISD is honored and proud to have Coach Chris Lancaster as our head football coach,” said Harlan. “He brings a wealth of knowledge and energy to the Bumblebee athletic program. We are ecstatic that Coach Lancaster wants to be a part of what is going on in the District and we look forward to his leadership and the example he will be for all of our student-athletes. It is a great thing to be a Bumblebee. Sting'em.”

In addition to his positions at Troy High School and Riverside Military Academy, Lancaster has also served as athletic director and head football coach at Bruceville-Eddy High School.

Coach Lancaster has been married to his wife Amy for 13 years. They have three grown children, Kalia, Klemson, and Haley.

Texas Longhorns softball grabs No. 1 ranking for first time since 2006

No. 4 Baylor holds on for overtime win against Texas Tech