The trophy has gone to the National Champion men's basketball team every year since 1991. 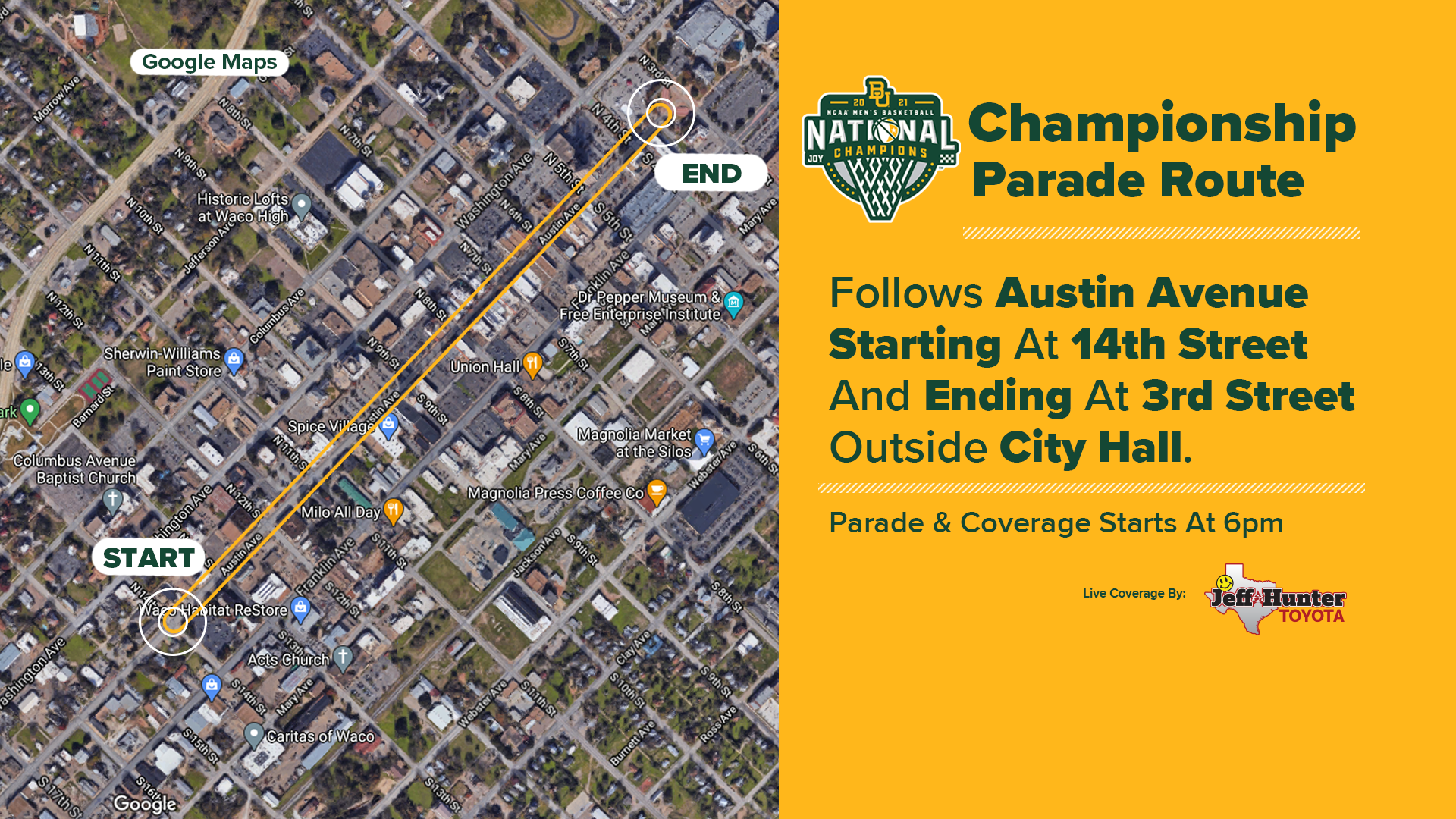 WACO, Texas — Baylor won its first National Championship in program history. This means that brand new hardware will make itself at home inside the Ferrell Center. Along with the National Association of Basketball Coaches Tournament trophy, the Bears will receive the Ferris Mowers NABC National Championship Trophy at Tuesday's parade.

The NABC and the trophy represent nearly 5,000 coaches at all levels with the mission to further the best interests of the game of basketball and the players and coaches who participate in the sport.

The hand-blown trophy, which is cut and polished in Waterford, Ireland, is individually made and takes three months to create. It has been awarded to the team that wins the men's basketball national championship every year since 1991.

This is the first season the trophy did a college campus tour, which began in Houston.

"So we went to Houston, then to the Baylor game against Kansas (in Lawrence), then we went to Clemson and up to Michigan for a trophy send-off party, then to Indianapolis and now we're here," said Jordan Dunlap, the NABC Trophy spokesperson.

The trophy that is worth 25-30 thousand dollars will remain permanently at the Ferrell Center, a new trophy is hand-made each year for the new winner.