Baylor Basketball: Will playing well in the Big 12 Tourney translate to the Big Dance?

Headed to Kansas City for the Big 12 Tournament, the Bears are hopeful for two deep tournament runs. But is there a correlation?

With about 80 percent of the league projected to be in the NCAA Tournament, winning can translate to better seeding.

But, is there a correlation between the performance in the two tournaments? 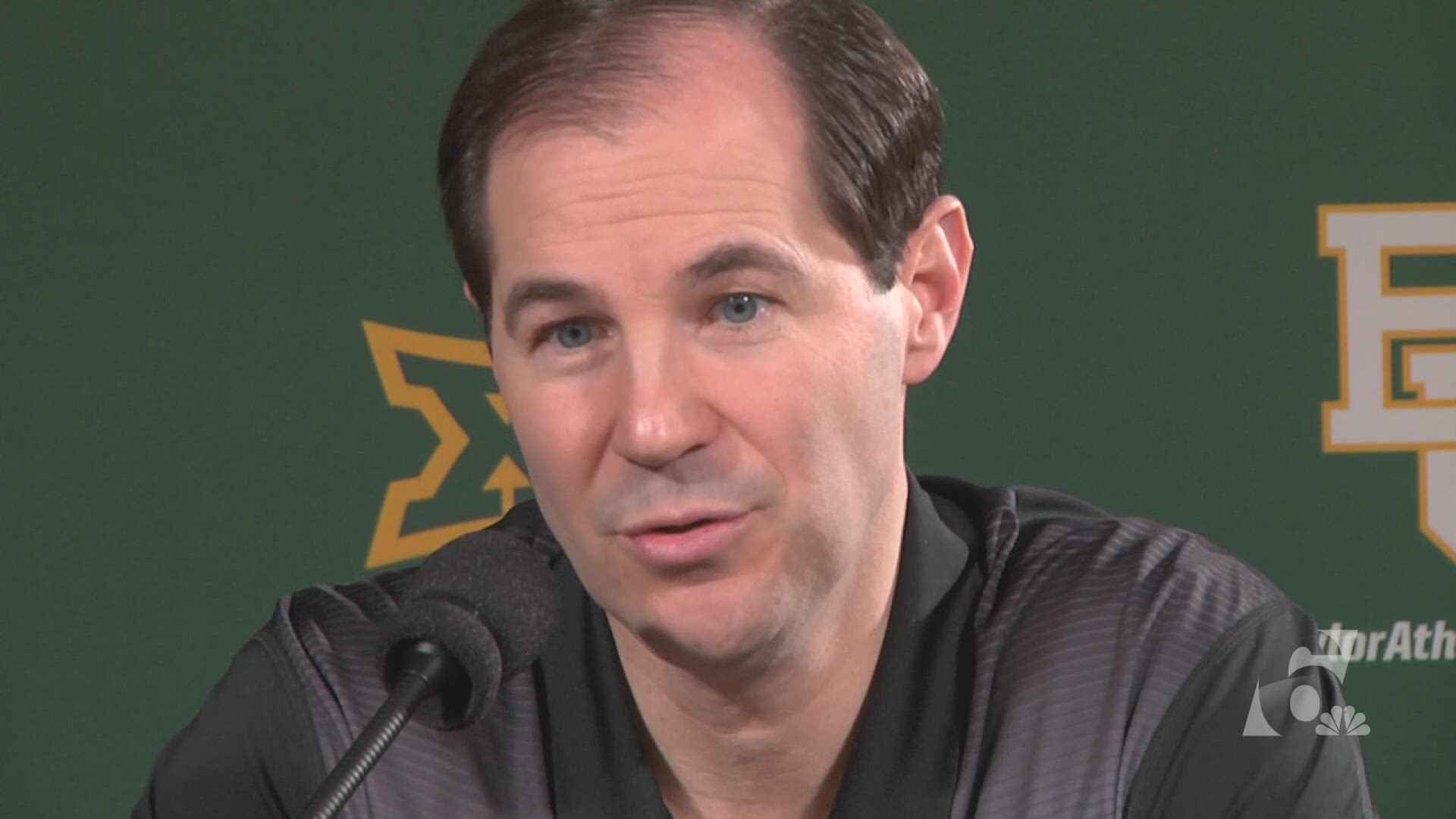 Long story short, Drew said he doesn't feel there's a correlation, at least with the Bears.

In 2017, No. 3 seed Baylor lost to No. 6 seed Kansas State in the quarterfinals. That season, the Bears were the third seed in the East Region of the NCAA Tournament, making it to the Sweet 16 before falling to the seven seed, South Carolina, at Madison Square Garden.

That loss came after arguably the greatest regular season the program has had under Drew's 16-year tenure, during which BU climbed to No. 1 in the AP poll for the first time.

In 2014, the Bears made it to the Big 12 Tournament Championship Game from the first round and made it to the Sweet 16, as well. That year, Big 12 No. 7 seed Baylor beat No. 10 seed TCU, No. 2 seed Oklahoma and No. 3 seed Texas before losing to No. 4 seed Iowa State on Saturday night.

Then, in the 2014 NCAA Tourney, as a No. 6 seed, they beat Nebraska and No. 3 seed Creighton before running into Wisconsin out in Anaheim.

In 2012, when Baylor lost to Missouri in the Tigers' final Big 12 Tournament, the Bears made it to the Elite 8. As the South's No. 3 seed, Baylor took out South Dakota State, Colorado and Xavier in that order. The Bears eventually lost to eventual national champion Kentucky, led by Anthony Davis, in the Elite Eight.

In 2010, another Elite Eight season for Baylor, the Bears went 1-1 in Kansas City, losing to Kansas State in the semifinals.

In 2009, the Bears lost in the Big 12 Tournament Championship Game and missed the NCAA Tournament, losing to Penn State in the NIT Finals.

Baylor went one-and-done in both the Big 12 and NCAA Tournaments in 2008.

In 2015, Baylor lost to top-seeded Kansas in the Big 12 Tourney semifinals.

Following that, the Bears fell in the round of 64 to Georgia State, when RJ Hunter sank a buzzer-beater.

Same in 2016, except to current Bear Makai Mason and Yale in the Big Dance.

So, is there a correlation in performance at the Big 12 and NCAA Tournaments?

For the Bears, it depends on the team, so Drew said he doesn't put much stock into it.

Plus, an automatic bid can only pad a resume, not hurt it.