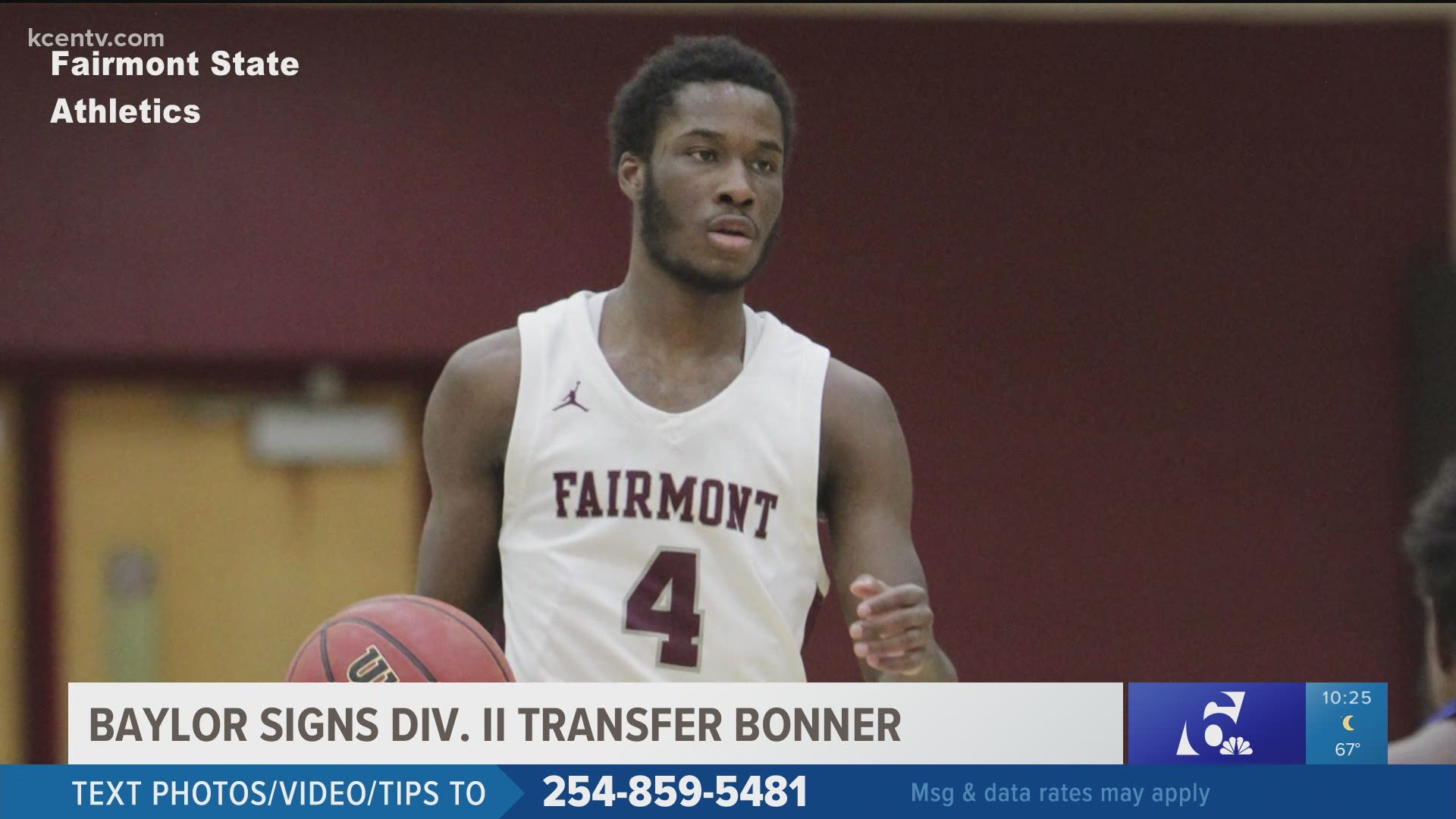 WACO, Texas — Scott Drew's Baylor Bears have added another piece to their 2021-22 puzzle.

Tuesday, the program announced it had signed Fairmont State transfer Dale Bonner. According to a Baylor spokesman, Bonner is immediately eligible and has three years of eligibility remaining.

Bonner led the Falcons, a member of the Division II Mountain East Conference, in scoring as a redshirt freshman and sophomore, scoring 21.2 points per game and averaging 4.5 assists per game.

Bonner becomes the second player in recent years to transfer from a lower division to Baylor after Freddie Gillespie did so in 2017 from Div. III Carleton College.

Final Four MOP Jared Butler's status for the 2021 NBA Draft is still undetermined, as well. Expected to declare for the draft, as of May 4, Butler has yet to make an announcement.