After the parade, the team was awarded the NABC National Championship Trophy. 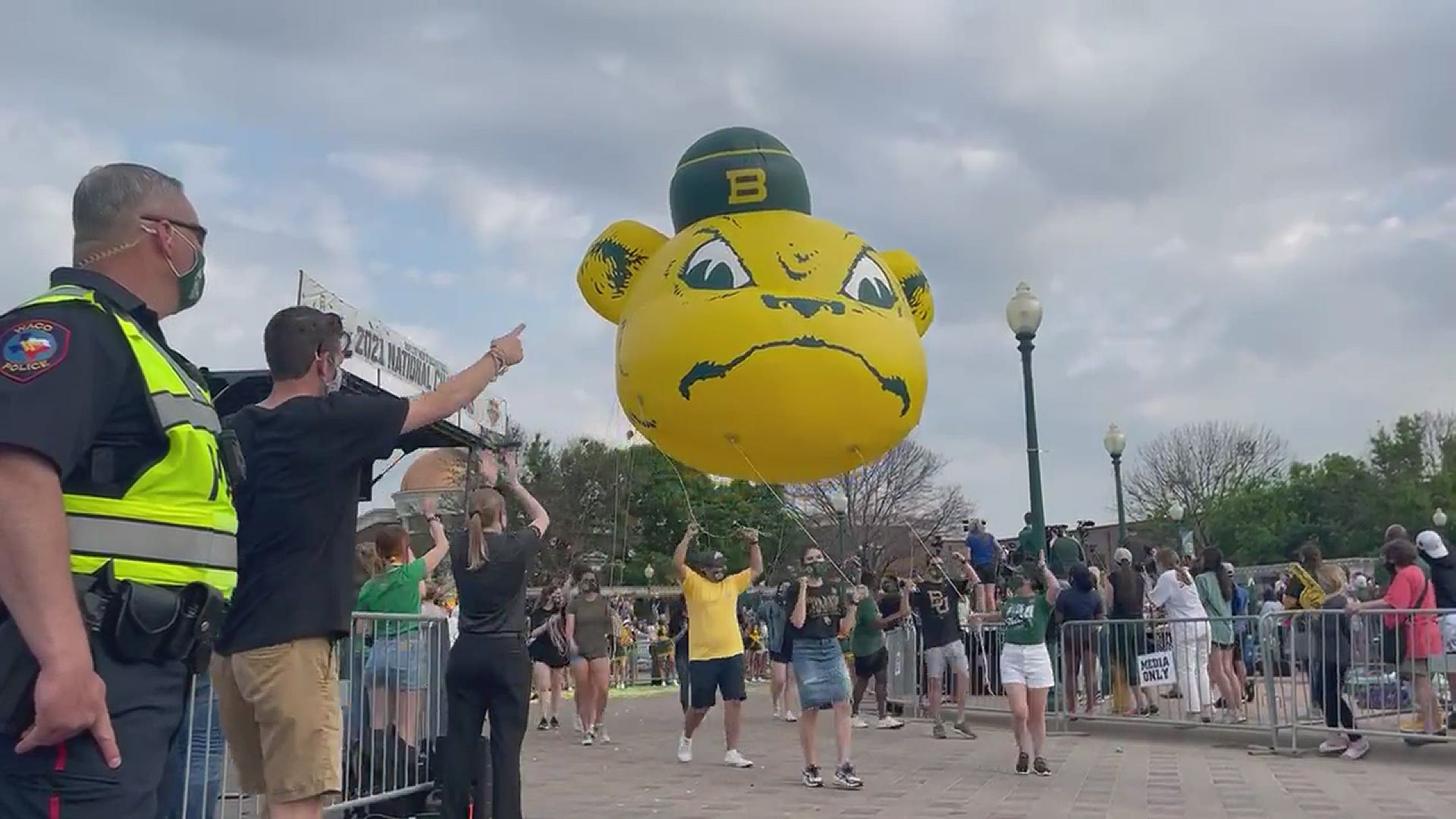 The men's basketball team was honored in a parade hosted by the City of Waco where they also took part.

It started at 6 p.m. at 14th Street where the team, student-athletes, coaches, administrators, invited guests, local city officials and other honorees trekked down Austin Avenue until they reached the outside of Waco City Hall on 3rd Street.

After the parade, a ceremony was held outside of Waco City Hall. Fans got to hear from Head Coach Scott Drew, the athletes and other special guests.

"There will never be another first team to win the national championship besides the 2021 Baylor Bears," Head Coach Scott Drew shouted to the crowd. "We like setting firsts and I think this crowd set a first ... largest crowd for a Baylor parade...Thank you guys and thank these guys because they did all of the work."

They also got to see the team be awarded the NABC National Championship Trophy, which is estimated to be worth around $30,000. 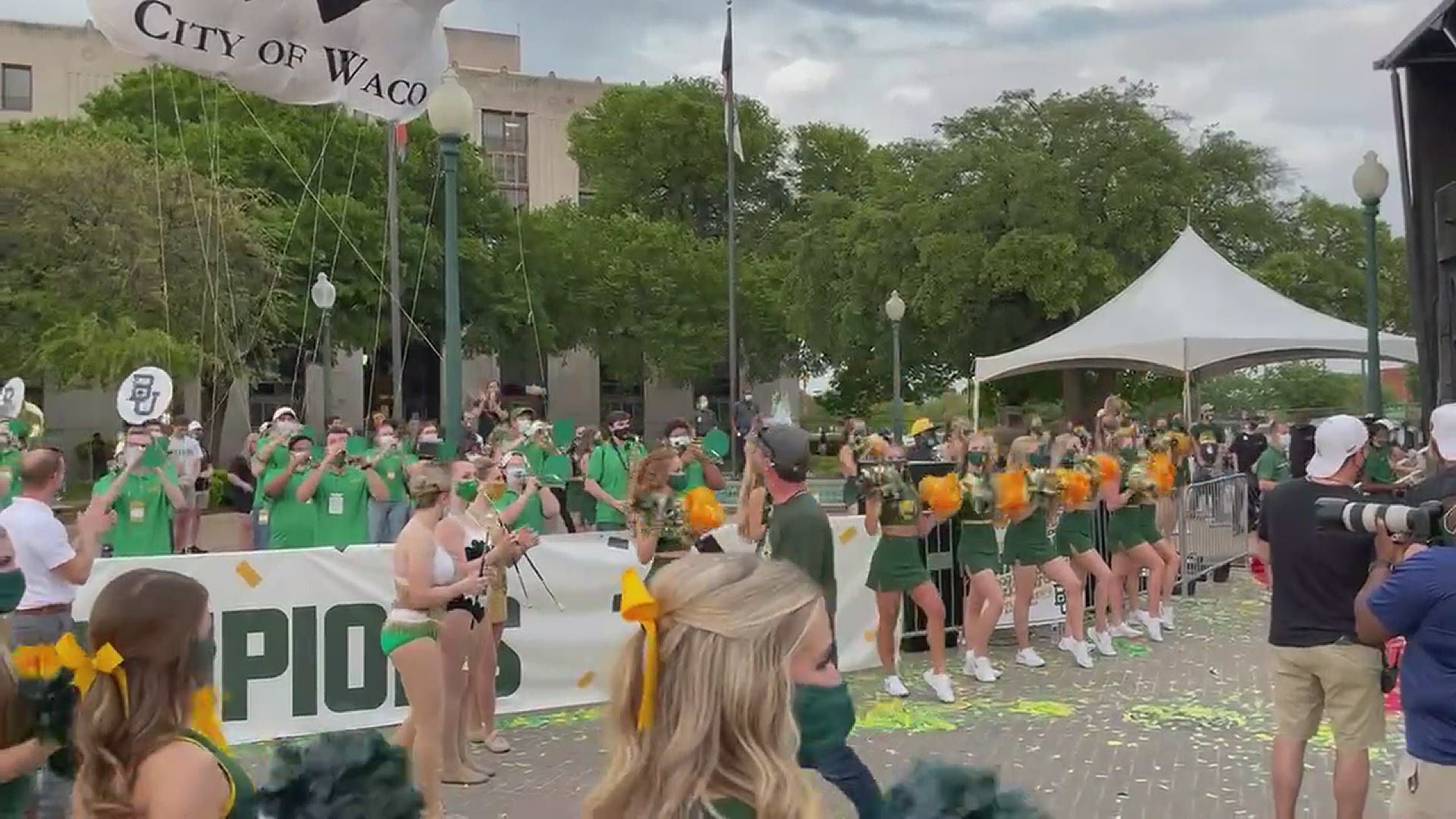