Baylor Bears: Waco's version of The Beatles at airport celebration

With fans and students ditching work and school for the Baylor Bears basketball team, it felt like Rockstar's were visiting town. 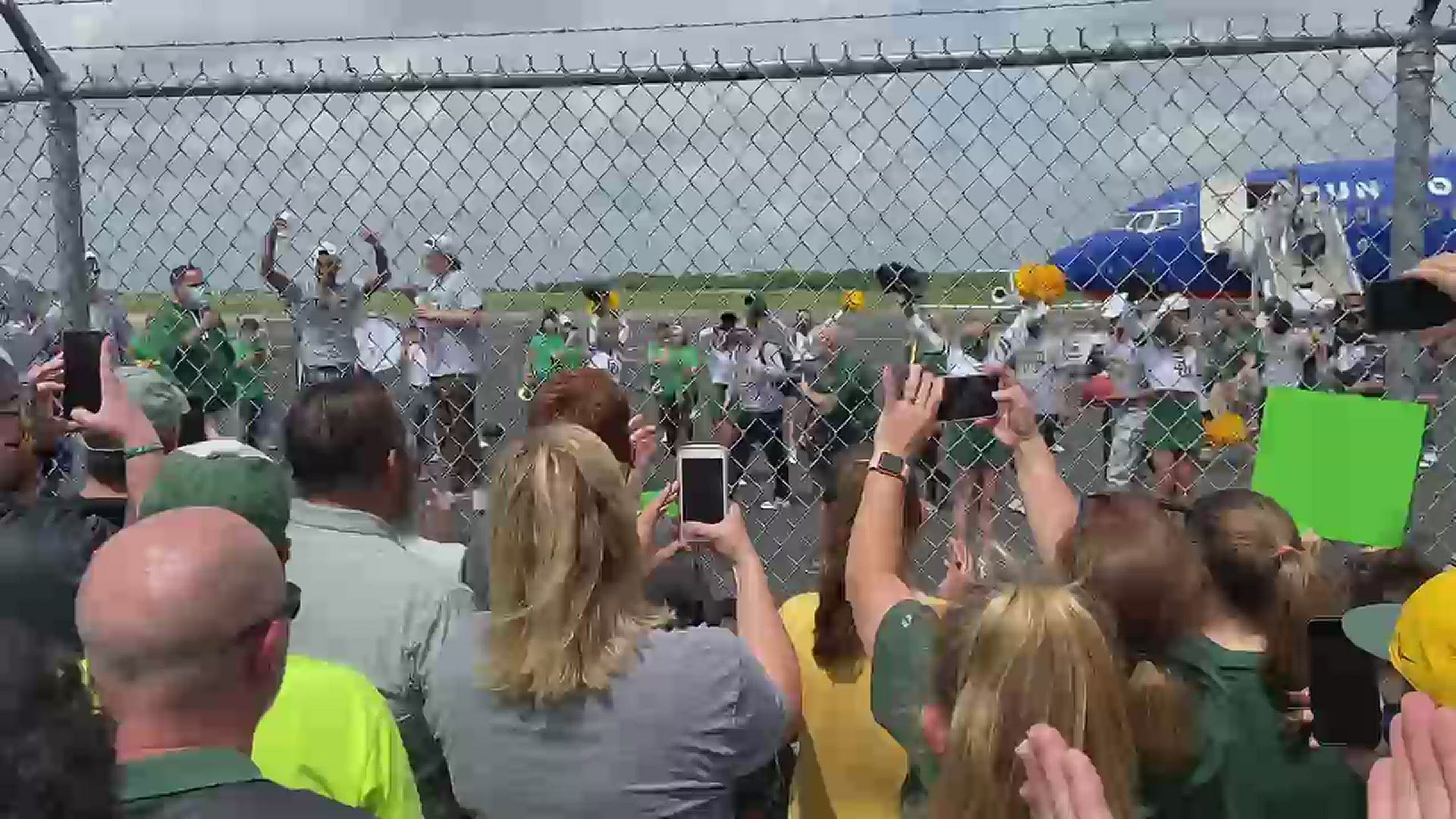 WACO, Texas — The Baylor Bears were greeted with tons of students and fans hoping to get a glimpse of the national championship trophy on Tuesday.

The Bears beat Gonzaga on Monday night in the Men's Basketball National Championship and claimed the program's first trophy. It was also the first time a team from Texas had accomplished the feat since 1966.

“There are a lot of people that weren’t around for that last championship team," Head Coach Scott Drew said. "For this group to do it and the way they represent Baylor University and Waco and Texas, you couldn’t find a better team to represent a national championship.”

It was as if work and school were a non-factor for Wacoans at the Waco Regional Airport.

"I didn’t get any sleep," a group of Baylor sophomores said. "I was too busy celebrating and everything man. Championships are forever, class is temporary. What can I say?”

For lifelong fan and Waco native Owen Burris, he was filled with joy and happiness because he was able to be there to experience it.

“I never gave up but it was really tough growing up as a little kid and seeing the team not make the tournament. But, from what Coach Drew went through all the way from 2003 to this point, just all the adversity that led up to this, I think it makes it all the more special," Burris said.

A championship parade will be held on Tuesday, April 13 at 6 p.m.