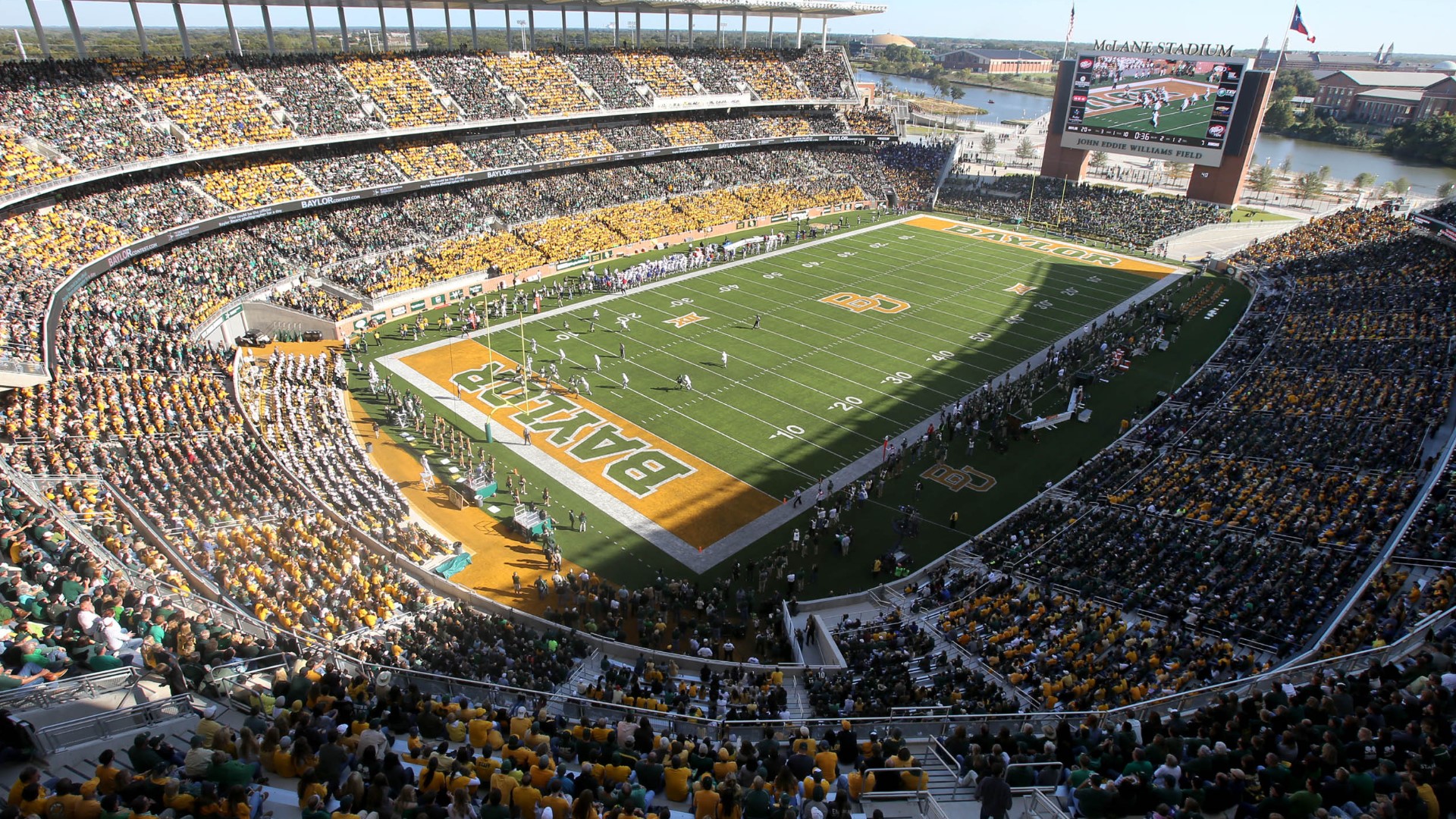 WACO, Texas — The Baylor Bears returned to McLane Stadium Saturday evening playing host to Kansas State. Both teams struggling down the stretch and in dire need of a win.

Baylor got off to a good start right out of the gate with an interception from JT Woods, which led to a 7-yard Charlie Brewer touchdown.

The Wildcats quickly responded with a 75 yard touchdown on the ground from Malik Knowles putting them ahead by one.

Baylor's defense came to play early in this one picking off two Will Howard passes in the first half.

Baylor rushed for just 26 yards in the first half while K-State rushed for 155, the Bears went into the break down 17-6.

In the third, after an unreal RJ Sneed catch at the baseline, Brewer passes for 23 yards to Sneed for the touchdown. Two-point conversion no good, Baylor down 17 -15.

Baylor went on to win it as the clock expired off a 30 yard field goal from John Mayers.

The Bears improve to 2-5 on the season and will face Oklahoma Saturday in Norman.