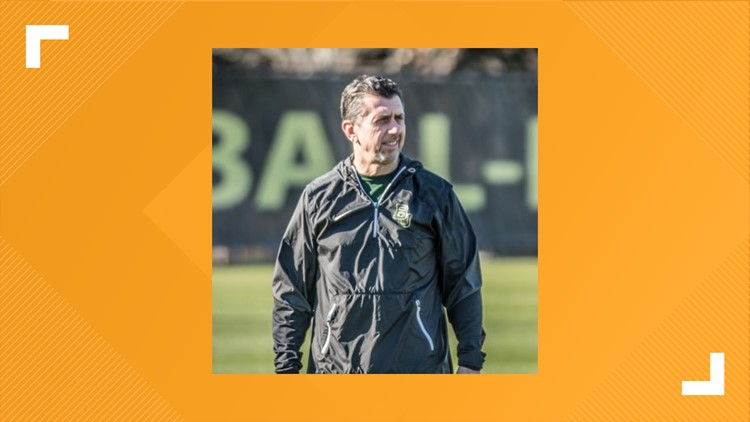 Baylor defensive coordinator Phil Snow was announced as a finalist for the 2019 Broyles Award Monday.

The award was created in 1996 to recognize college football's top assistant coaches.

Snow was one of the five finalists chosen from a group of 15 semi-finalists and 41 nominees.

A selection committee made up of former hall of fame coaches, broadcasters and members of the Football Writers Association of America chose the finalists.

Snow and the other four finalists will be invited to Little Rock, Ark. where the winner will be announced on Tuesday, Dec. 10.

This year, Baylor sits atop the Big 12 in scoring defense, allowing just 18.4 points per game, and passing defensive efficiency with a rating of 109.8. The Bears are also third in the conference in yards allowed, at 352.8 per game.

Snow is the only Big 12 coach still in the running for the award.

If chosen, he would be the fifth Big 12 coach to receive the award and the first since 2015 when Oklahoma’s Lincoln Riley received the honor.

Baylor tied a school record for wins, finishing the regular season 11-1 after beating Kansas, 61-6, in Lawrence. The Bears will now face Oklahoma, the only team to beat BU this season, in the Dr. Pepper Big 12 Championship Game at 11 a.m. Saturday at AT&T Stadium in Arlington.