Baylor holds off Wisconsin to advance to Sweet 16

For the first time since 2017, the Baylor Bears are back in the Sweet 16 of the NCAA Tournament. 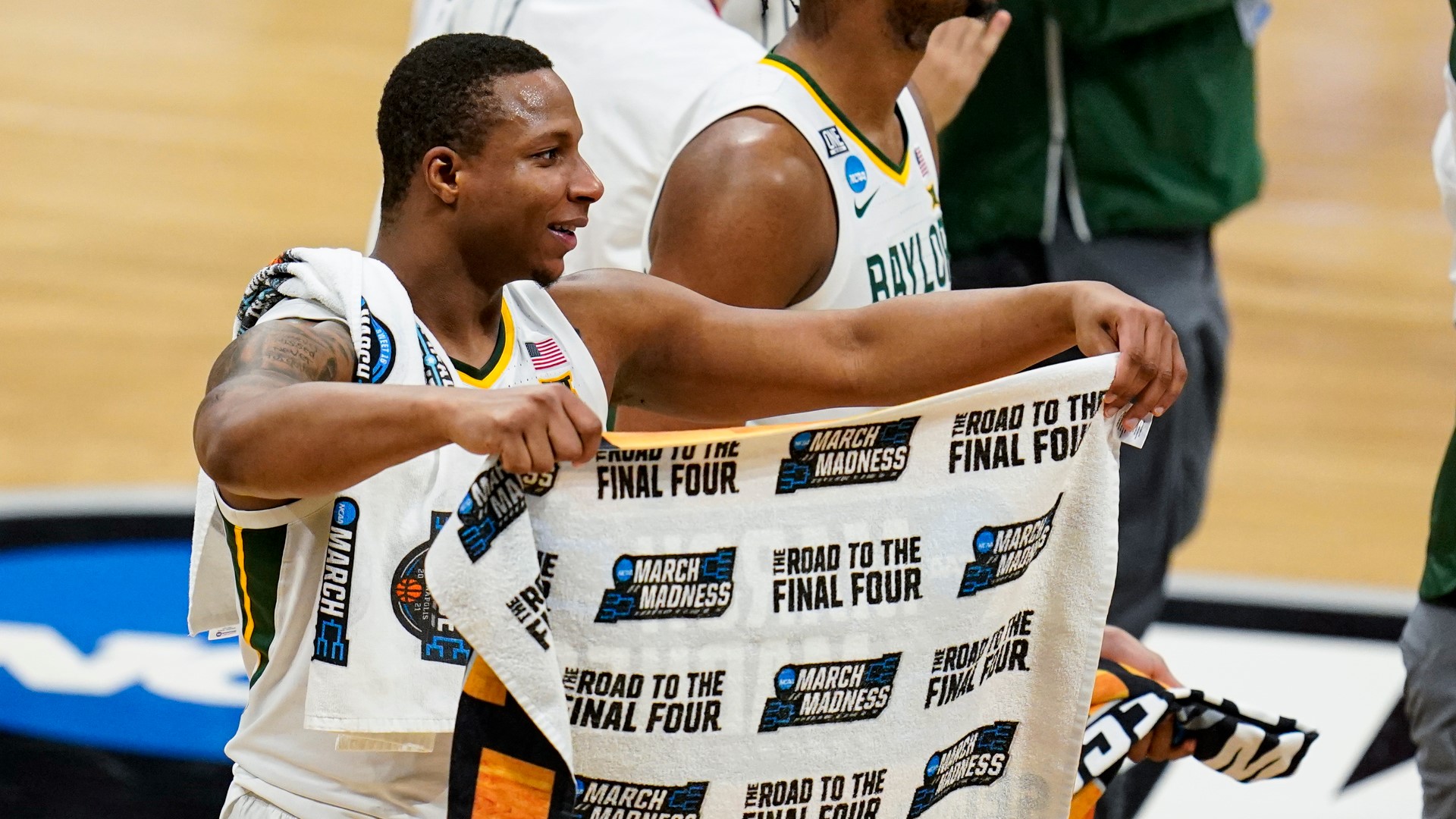 INDIANAPOLIS — For the first time since 2017, the Baylor Bears are on to the Sweet 16.

No. 1-seed Baylor beat No. 9-seed Wisconsin 76-63 inside Hinkle Fieldhouse in the second round of the NCAA Tournament on Sunday.

Baylor opened with a 5-0 deficit but quickly recovered, with a Mark Vital lay-up in the early minutes to tie the game at 7-7 before Jonathan Tchamwa Tchatchoua slammed home an alley-oop to take the lead.

Baylor took its largest lead to that point of the day with Adam Flagler hitting a buzzer-beater to make it 42-29 at the break.

In the second half, a 15-5 Badger run kept it close and cut the lead to single digits.

Matthew Mayer made several key plays off the bench for the Bears, finishing with a game-high 17 points. Davion Mitchell and Jared Butler added 16, each.

Baylor coach Scott Drew, coaching at his alma mater for the first time since arriving at Baylor in 2003, is now 5-1 in the second round of the NCAA Tournament. Baylor is now one win from its first Elite Eight berth since 2012.

Next, Baylor will face the winner of Sunday night's game between No. 5-seed Villanova and No. 14-seed North Texas in the Sweet 16. Site, time and TV will be announced later.

1 / 11
AP
Baylor guard Mark Vital (11) gets a dunk against Wisconsin in the first half of a second-round game in the NCAA men's college basketball tournament at Hinkle Fieldhouse in Indianapolis, Sunday, March 21, 2021. (AP Photo/Michael Conroy)