The former Baylor guard made the announcement Sunday afternoon on Instagram. 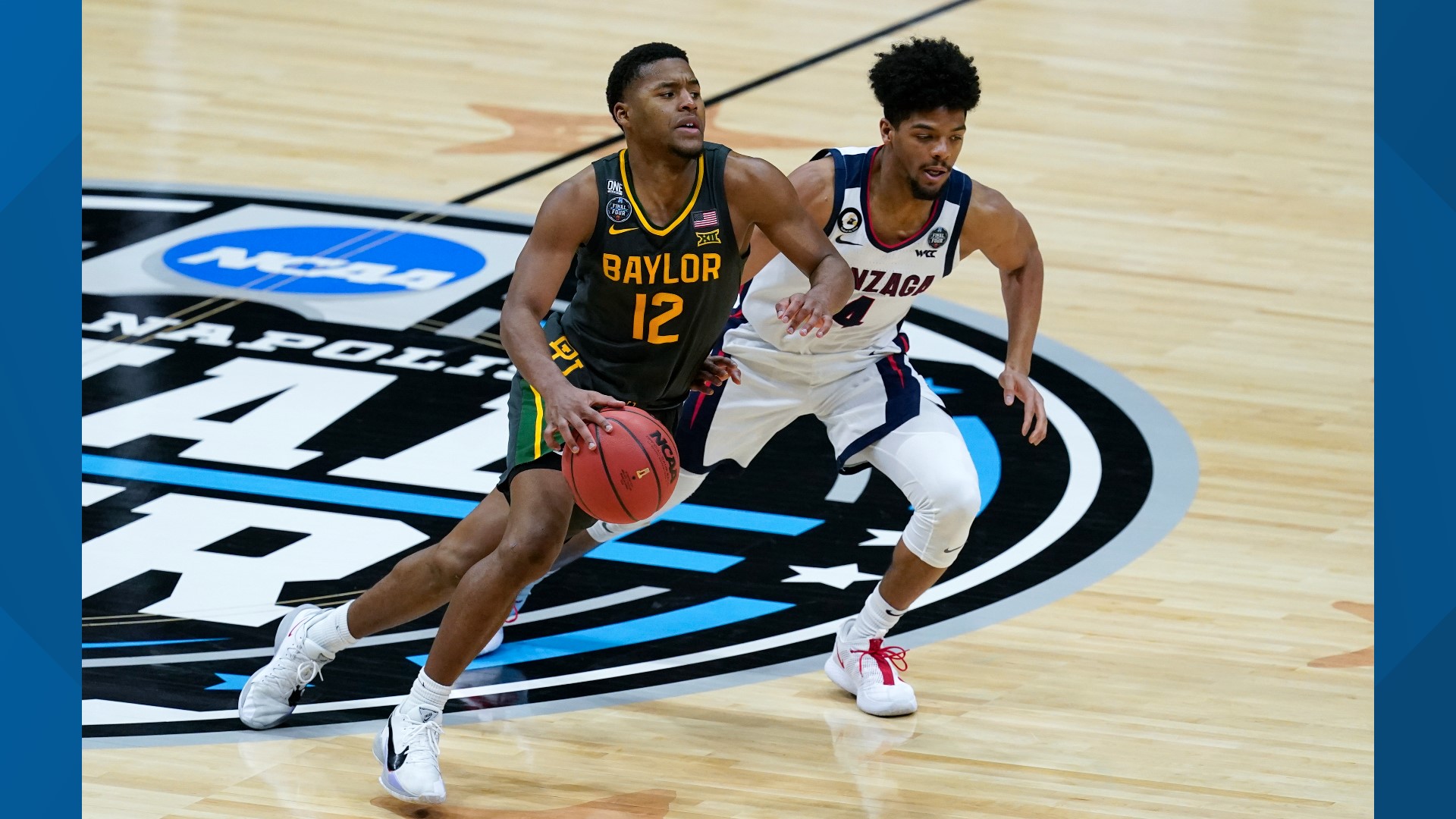 WACO, Texas — Baylor basketball's Jared Butler announced Sunday that he is declaring for the NBA draft after recently graduating from the university.

The announcement comes as he graduated as a junior and still had two years left of eligibility.

"After much thought, playing in the NBA has been a lifelong goal, and it would only be right to go out as a graduate of Baylor University and a National Champion," Butler said via Instagram. "With everything I have learned from my time at Baylor, I know I am 100% prepared for and committed to the next step - the NBA!"

Butler helped lead the Bears to their first National Championship in program history, averaging 16.7 points per game and a conference best 47% shooting from the floor.