Baylor got its first win in the Big 12 Tournament since the 2016 quarterfinal. 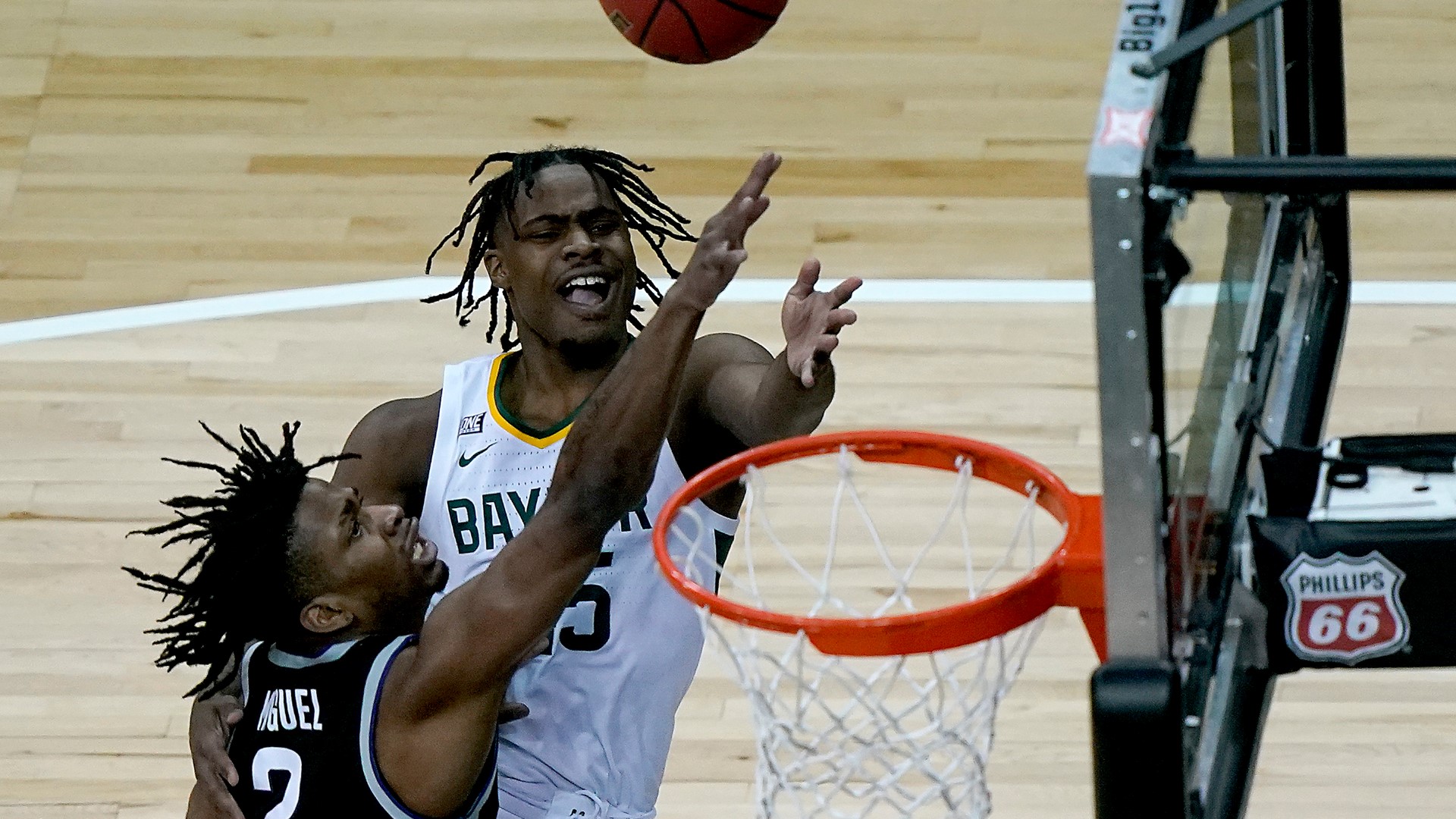 KANSAS CITY, Mo. — It could not have been more different of a game than the two regular-season meetings, had they tried.

No. 1-seed Baylor beat No. 9-seed Kansas State 74-68 in Thursday's Big 12 Tournament quarterfinal inside the T-Mobile Center in Kansas City.

After the Bears pummeled the Wildcats by 31 and 48 in the regular season, Thursday's affair was back-and-forth throughout, there were six lead changes as Baylor's 13 first-half turnovers created challenges.

MaCio Teague and Davion Mitchell carried the Bears in the win, with 22 and 21 points, respectively.

Next, the Bears will play No. 5-seed Oklahoma State in Friday's Big 12 Tournament semifinal. The Cowboys beat West Virginia in Thursday's first quarterfinal, 72-69.