Baylor opens football season with a win over Texas State

The Bears defeated the Bobcats on the road, 29-20. 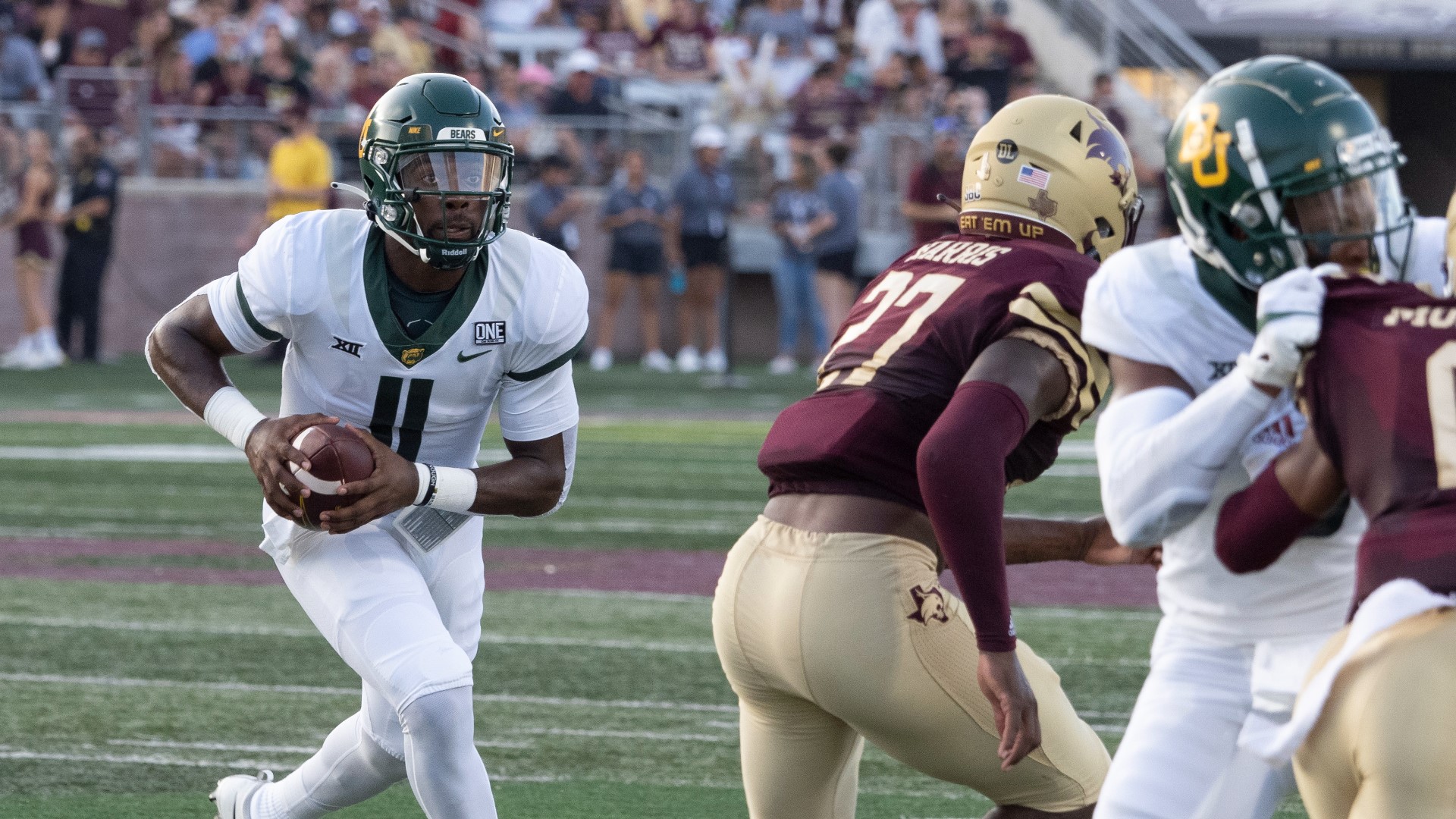 SAN MARCOS, Texas — The Baylor Bears opened up the 2021 campaign at Texas State on Saturday evening with a 29-20 win over Texas State.

Gerry Bohanon started at quarterback for the Bears which was his first collegiate start, and the first time Baylor started a new QB since 2017. It was expected that the Bears offense would be solid, but with a new offensive coordinator and QB how Baylor's offense would look was the question.

Within the first four minutes of the game JT Woods intercepted Brady McBride's pass and returned it for a 20-yard touchdown. The Bears trailed 10-7 in the second quarter after a McBride to Marcell Barbee 12-yard touchdown pass.

Abram Smith scored Baylor's next two touchdowns, allowing them to lead the Bobcats 24-13 at the end of the third quarter.

Gerry Bohanon finished 15-24 for 148 passing yards. RJ Sneed led Baylor in receiving yards with 92, and Trestan Ebner and Abram Smith led the Bears in rushing with 120 and 118 yards.

Next up for the Bears they'll play their first home game of the season next Saturday against Texas Southern.

Watch all the highlights with @NikiLattarulo tonight at 10 on @6NewsCTX.