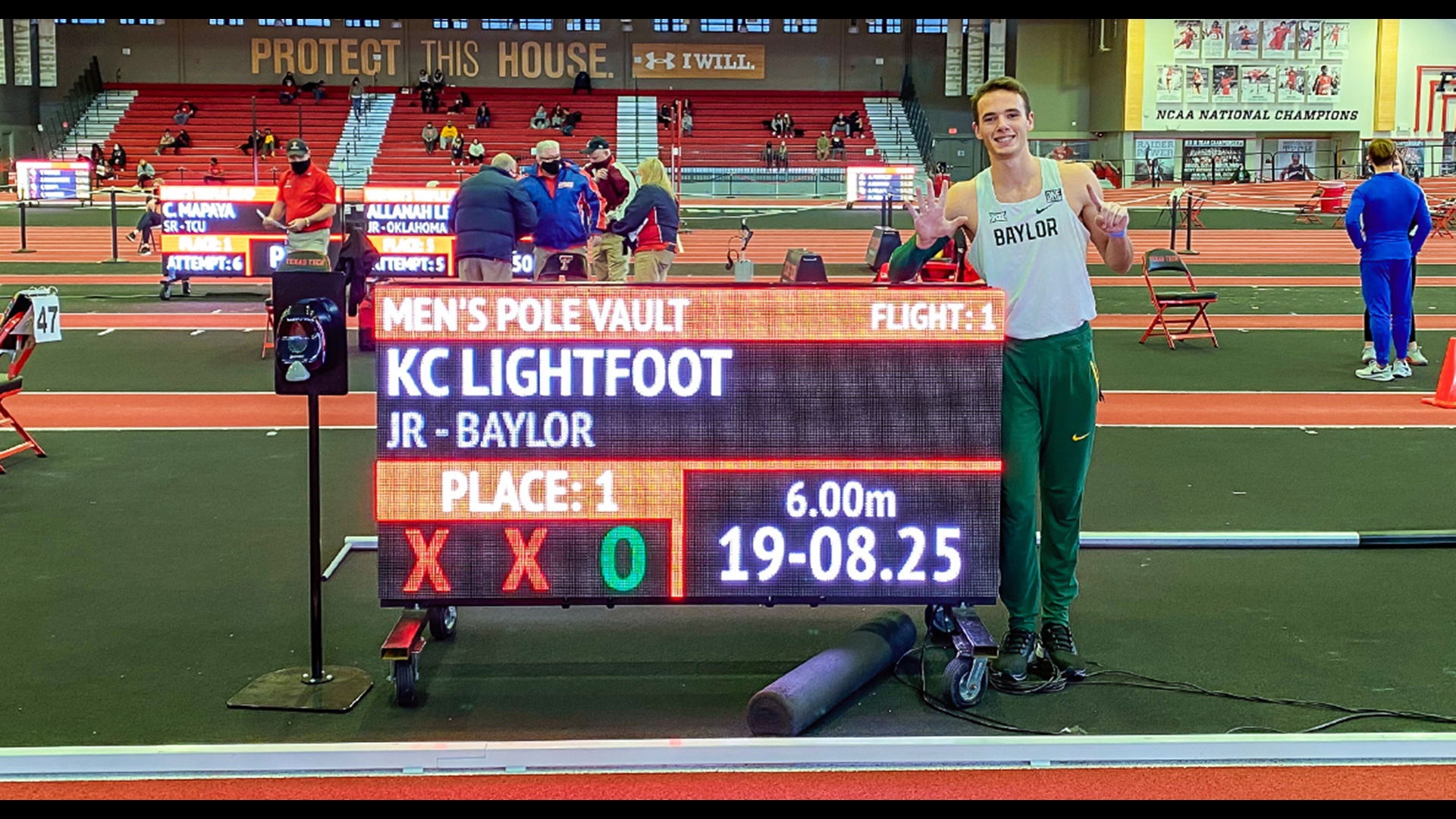 WACO, Texas — Baylor University Track and Feild Star KC Lightfoot announced Monday that he is fulfilling his dream of becoming a pro athlete.

"I'm excited and grateful to say that I am turning pro! It's been a lifelong dream of mine to be a professional athlete," Lightfoot said in a Tweet.

So far this season, Lightfoot has hit an NCAA pole vault record and become the first collegiate athlete to jump 6m (19'8 1/4") indoors. Those are among many other achievements during his time as a Baylor athlete.

Lightfoot said he has decided to return to his hometown to work with his previous coach who taught him how to pole vault when he first started to train for the Olympics in Tokyo.

Lightfoot has decided to not finish his season with Baylor, he said, in an effort to best prepare for the summer season. He plans to complete his coursework online.

"I feel that the timing of finishing this year and then moving on may not provide the best opportunity for preparation for the summer season, Olympics Trials and hopefully the Olympic games," Lightfoot said in the Tweet.

Even though he plans to move on and grow his career, Lightfoot said he is extremely grateful for his time at Baylor University.

"I am deeply and sincerely appreciative for every opportunity I have had while at Baylor and look forward to this next chapter of my life. I would like to thank everyone at Baylor who had supported me and encouraged me to be the best I can be. Sic Em!" Lightfoot said.