Baylor remains unbeaten with a road win over OSU

Despite trailing by 9 in the first half, the No. 2 bears pulled out the win in Stillwater, 81-66 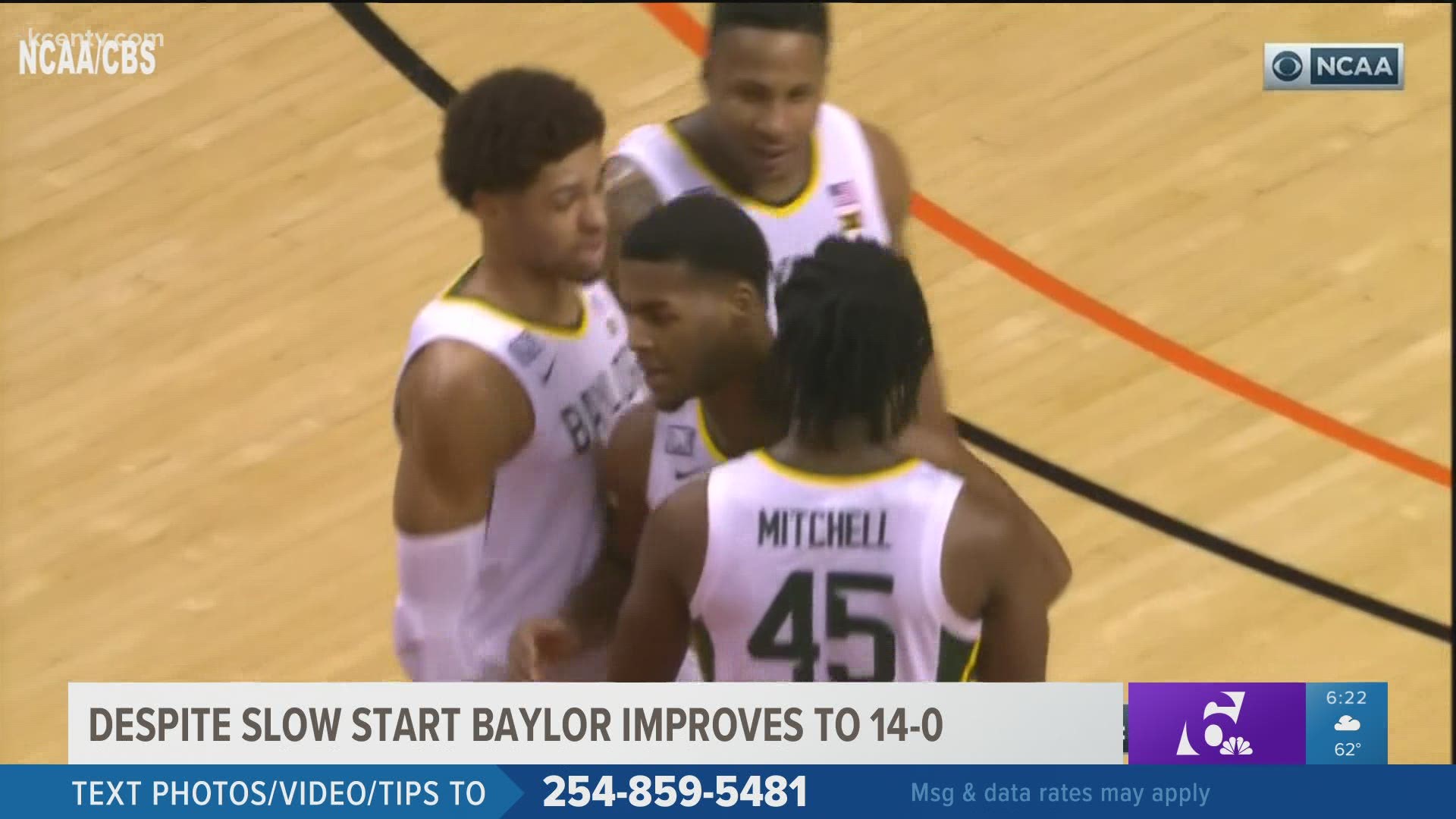 STILLWATER, Okla. — The No. 2 Baylor Bears traveled to Stillwater to face Oklahoma State on Saturday afternoon. The Cowboys played without star guard Cade Cunningham due to COVID-19 protocols.

The Cowboys did not skip a beat without Cunningham, leading by as many as 9 in the first half. OSU's 8-0 run ended off an Adam Flagler three that put the Bears down six. Kalib Boone finished the first half leading both teams with 11 points, as for Baylor it was Mark Vital in front with seven.

At the break it was 36-32 Cowboys, just the second time this season Baylor trailed at half. The other time was against Texas Tech. Through 20 minutes of play Oklahoma State out rebounded Baylor 23-12, and the Cowboys had 22 points in the paint compared to the Bear's 12.

Baylor regained the lead (last lead was 5 minutes into the game) with just over 18 minutes left to play thanks to a Jared Butler three-point shot.

Baylor never led by more than three points until Butler hit one from downtown with 9:40 to play, putting the Bears up 56-51. He then hit two more threes in a row, Baylor extended its lead 63-51 on a 15-1 run.

That was the turning point of the contest, the Bears finished 10 of 24 from three and shot 48 % from the floor.

Jared Butler led the game with 22 points, followed by Mark Vital with 19.

Baylor improves to 14-0 on the season and is one of just 5 teams in D1 men's basketball to still have a 0 in the loss column.

Next up for the Bears, Kansas State will travel to Waco. Tip-off is set for Wednesday at 8 p.m.