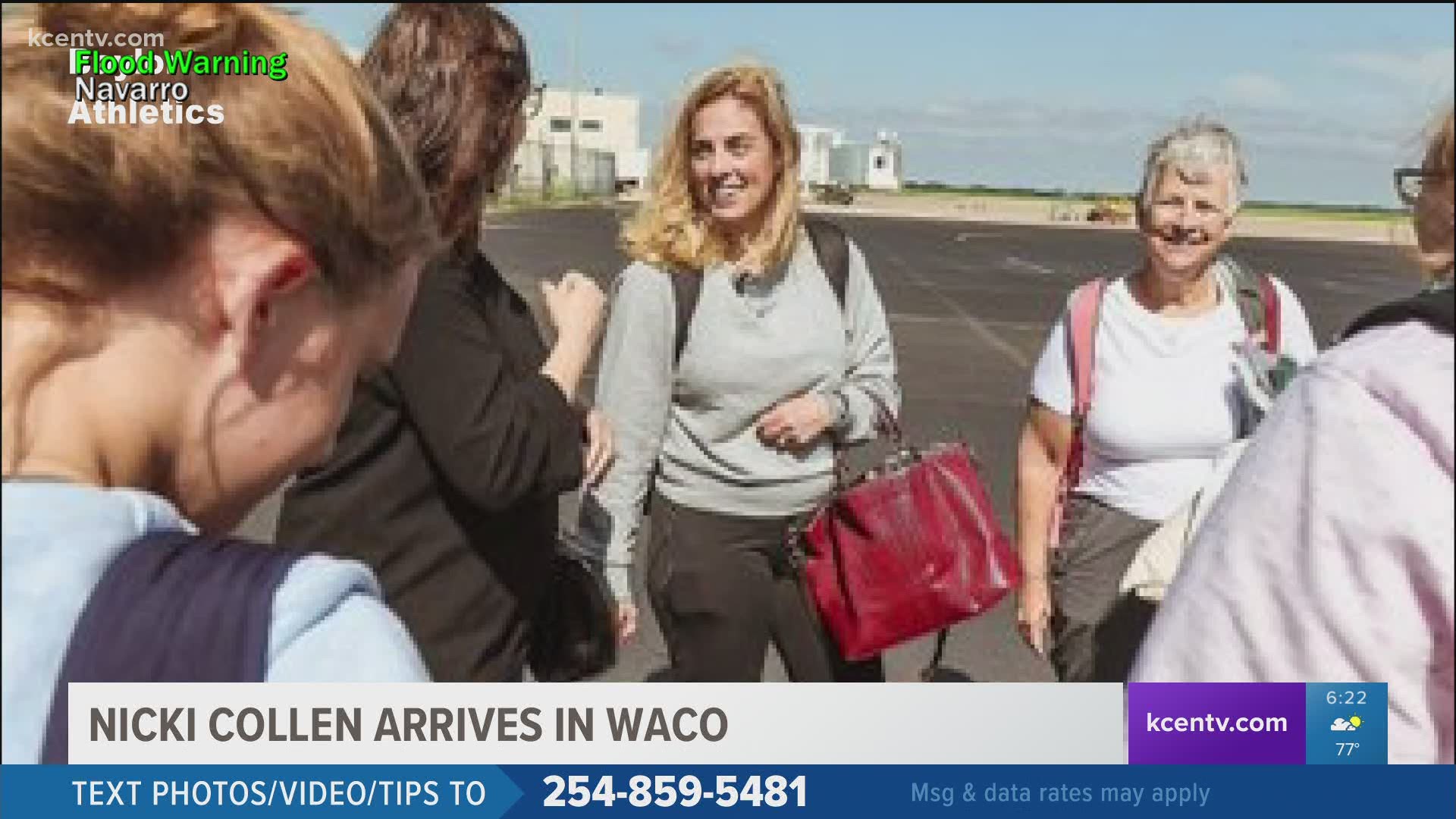 WACO, Texas — From the WNBA to Waco Regional Airport, Nicki Collen arrived in Waco on Tuesday.

Baylor's new head women's basketball coach arrived at Waco Regional Airport on Tuesday, ahead of her formal introduction at the Ferrell Center on Wednesday. The day was documented on Twitter.

After she and her family arrived, Collen got a tour of the facilities at Baylor, including her new home arena, the Ferrell Center.

After looking around the locker room, team meeting room, weight room and practice gym, it was time for meetings.

The most important one was with the Lady Bear players, themselves, which happened in the Lady Bears' practice gym.

Although she has nine years experience as a collegiate assistant, Collen spent the past five in the WNBA, including three as the head coach of the Atlanta Dream. She was initially scheduled to play a preseason game Wednesday night in Washington, D.C., but will not coach the 2021 WNBA season.

Collen's formal introductory press conference at Baylor is scheduled for 2:30 p.m. Wednesday inside the Ferrell Center.