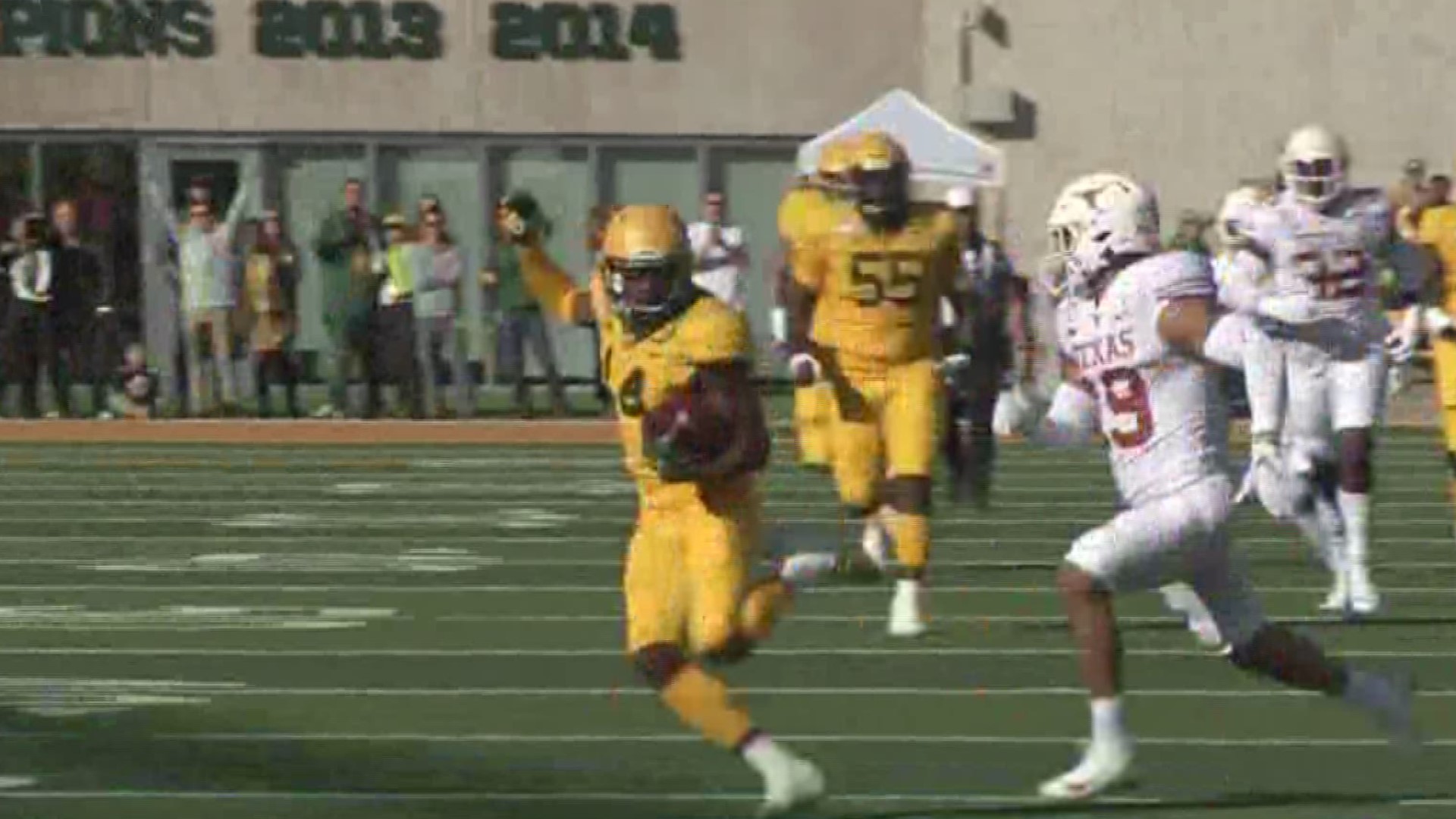 WACO, Texas — The Baylor Bears clinched a spot in the Big 12 Championship game with a 24-10 win over Texas on Saturday afternoon.

Quarterback Charlie Brewer completed 16 of 25 passes for 221 yards and one touchdown. Baylor's defense was what won this game. With one sack on the day, defensive lineman James Lynch broke a school record with 18 career sacks.The Bears defense was able sack Longhorns QB Sam Ehlinger five times, and held Texas from scoring a touchdown until the final minute of the game.

The Bears will face Kansas next but  If No. 9 Oklahoma beats TCU on Saturday, the title game will be a rematch of the Sooners and Bears' thrilling game in Waco in Week 12.