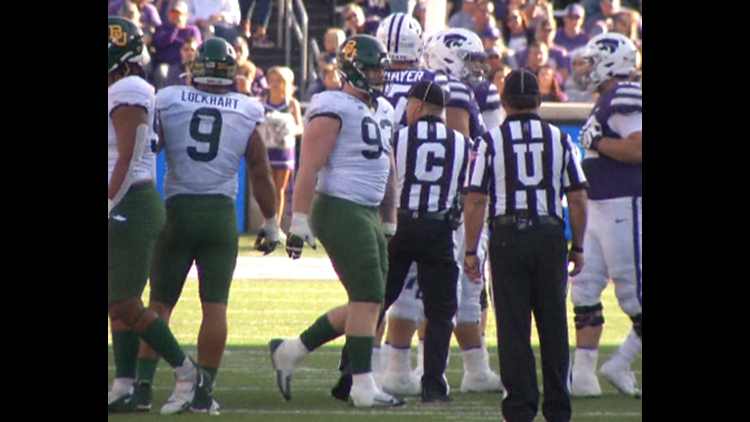 The Bednarik Award is presented annually to the best defensive player in college football by the Maxwell Football Club, and Lynch was named to the preseason watch list for the prestigious award.

He finished with five tackles-- three solo, 3.0 sacks, 4.0 tackles-for-loss and his first-career forced fumble that was one of two takeaways on the day for the Bears. This is Lynch’s first weekly honor of the season and the first time in his career he has been named the Bednarik Award Player of the Week.

Lynch teamed up with fellow defensive lineman Bravvion Roy as they became the first teammates in BU’s Big 12 history to each record 3.5 tackles-for-loss or more in a Big 12 game. Behind the play of Lynch, Roy and a veteran group, the Bears boast a Big 12-low 15.4 points per game allowed so far in the season.

Lynch has 6.0 sacks on the season, just half a sack away from reaching 10th on Baylor’s single-season sack list. He also boasts 14.5 career sacks, just 3.0 away from setting a new program record.

Lynch and the undefeated Bears return home to face Texas Tech on Saturday at 3 p.m. at McLane Stadium for Homecoming. The game will be televised live on FS1.

RELATED: Baylor Homecoming: Can't make it to the parade? 6 News has you covered