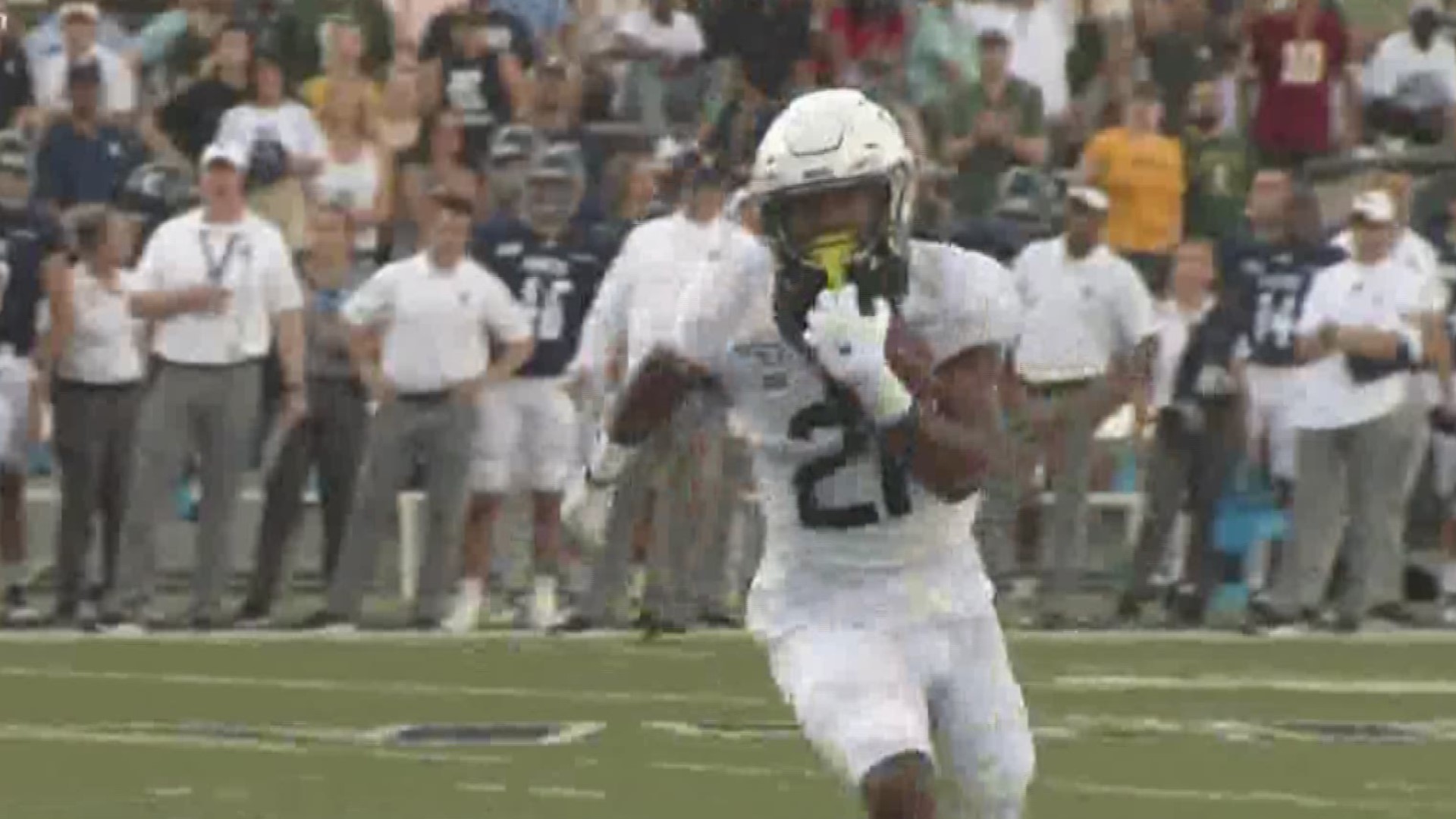 HOUSTON — Charlie Brewer threw for 303 yards and a touchdown while Denzel Mims caught six passes for 102 yards as Baylor held on to beat Rice 21-13.

Brewer threw a 50-yard touchdown pass to Chris Platt with five minutes left in the second quarter, and ran for a 25-yard touchdown with 15 seconds left in the first half as the Bears built a 21-3 halftime lead. It was the 6th career touchdown reception of 50+ yards for Platt.

Platt finished with 85 yards on five catches. Josh Fleeks put Baylor on the board with a 6-yard touchdown run in the first quarter.

With Fleeks’ touchdown, 13 different Bears have accounted for a touchdown this season. The Bears have won five straight games for the first time since opening the 2016 season 6-0.

Baylor outgained Rice 427-242 and now has won the last nine meetings against the Owls. Matt Rhule's team had a season-best 326 yards of offense in the first half.

Rice quarterback Wiley Green finished 13-of-23 passing for 128 yards in his return after missing last week with a neck injury. Tom Stewart was 5 of 8 for 50 yards and rushed for a 21-yard touchdown with 8:42 left in the fourth quarter to pull Rice within eight. Brad Rozner caught seven passes for 100 yards for the Owls.

The Owls had the ball and a chance to tie with three minutes left in the game, but two sacks ended the drive. The Bears iced the game with a 13-yard pass from Brewer to Mims with a minute left for a first down.

The Bears defense did well throughout the game and kept the Owls offense quiet. The Owls finished with 64 yards rushing.

Baylor will begin Big 12 play next Saturday when they host Iowa State at 2:30 p.m.