Baylor looked to make a statement in its season opener and did just that. 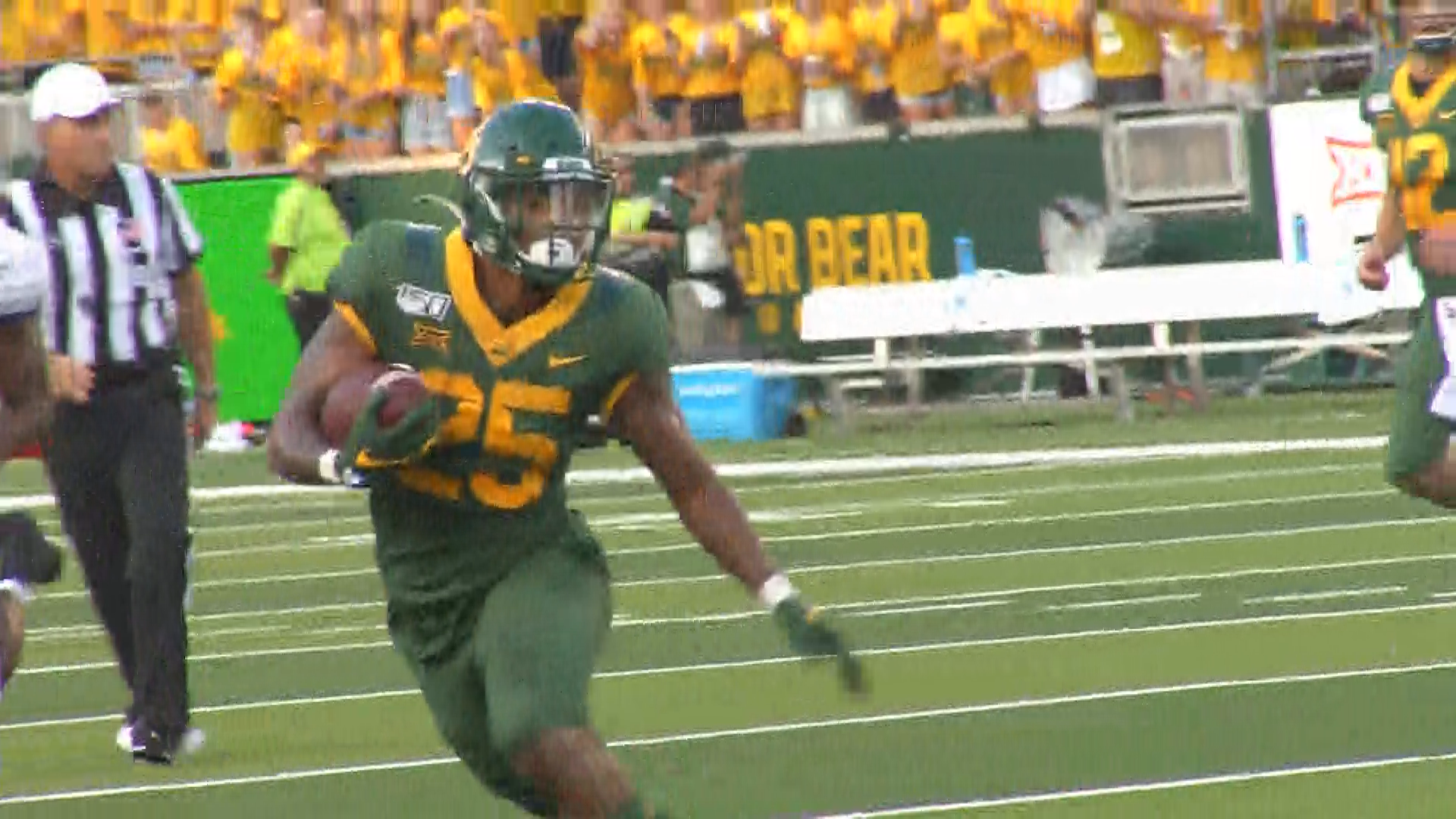 WACO, Texas — With expectations through the roof, Baylor made a statement in its season opener.

Baylor's defense came out of the gate strong, forcing the Lumberjacks into a 3-and-out and James Lynch blocked the ensuing punt. That set the bears up easy for a drive capped by Charlie Brewer's 16-yard TD pass to Trestan Ebner for the game's opening score.

Before the quarter ended, Brewer connected with R.J. Sneed from 11 yards to extend the lead to 14. SFA would score late in the first quarter to end the frame 14-7, Baylor.

In the second, Ebner got his only two carries of the game.

His first, officially a 21-yard rush, started as an option to the left before he switched the field and scored on the right side, giving the Bears a 21-7 lead.

"He's obviously one of our dynamic playmakers," coach Matt Rhule said. "Getting him the ball in space made a lot of sense. I thought he just made the first guy miss. When you watch college football and you watch the first games, usually special teams errors and missed tackles show up, and we had our fair share of those, but I felt he was a guy who got us extra yardage at times."

In the third, SNeed added a 21-yard TD reception from Brewer, Brewer's final play of the game.

Tyquan Thornton caught a 9-yard score from Gerry Bohanon, Bohanon's first career TD. The Bears led 49-7 at the end of the third.

Then, in the fourth, the Jacks opened with a 32-yard field goal from Storm Ruiz.

In the final minutes, Abram Smith knotched his first career score for Baylor, a 9-yard run to push it to 56-10.

With 64 seconds left SFA scored on a 1-yard rush from Josh McGowen to account for the final score. All told, Baylor had 34 guys, including Temple's TJ Franklin, play their first collegiate game.

"I told our team I hope they appreciate the coaches are scrambling around at the end of the game, trying to get guys in," Rhule said. "Even for one play."

Stats-wise, Baylor dominated the Lumberjacks on both sides of the ball.

Furthermore, it was a fairly clean game. Only nine total penalties, five of which were called on the Bears for just 30 yards.

"I was pleased with our lack of penalties," Rhule said. "When we did get them, they hurt us."