In its first Final Four game since 1950, Baylor rolled into the national championship game after beating the University of Houston Cougars. 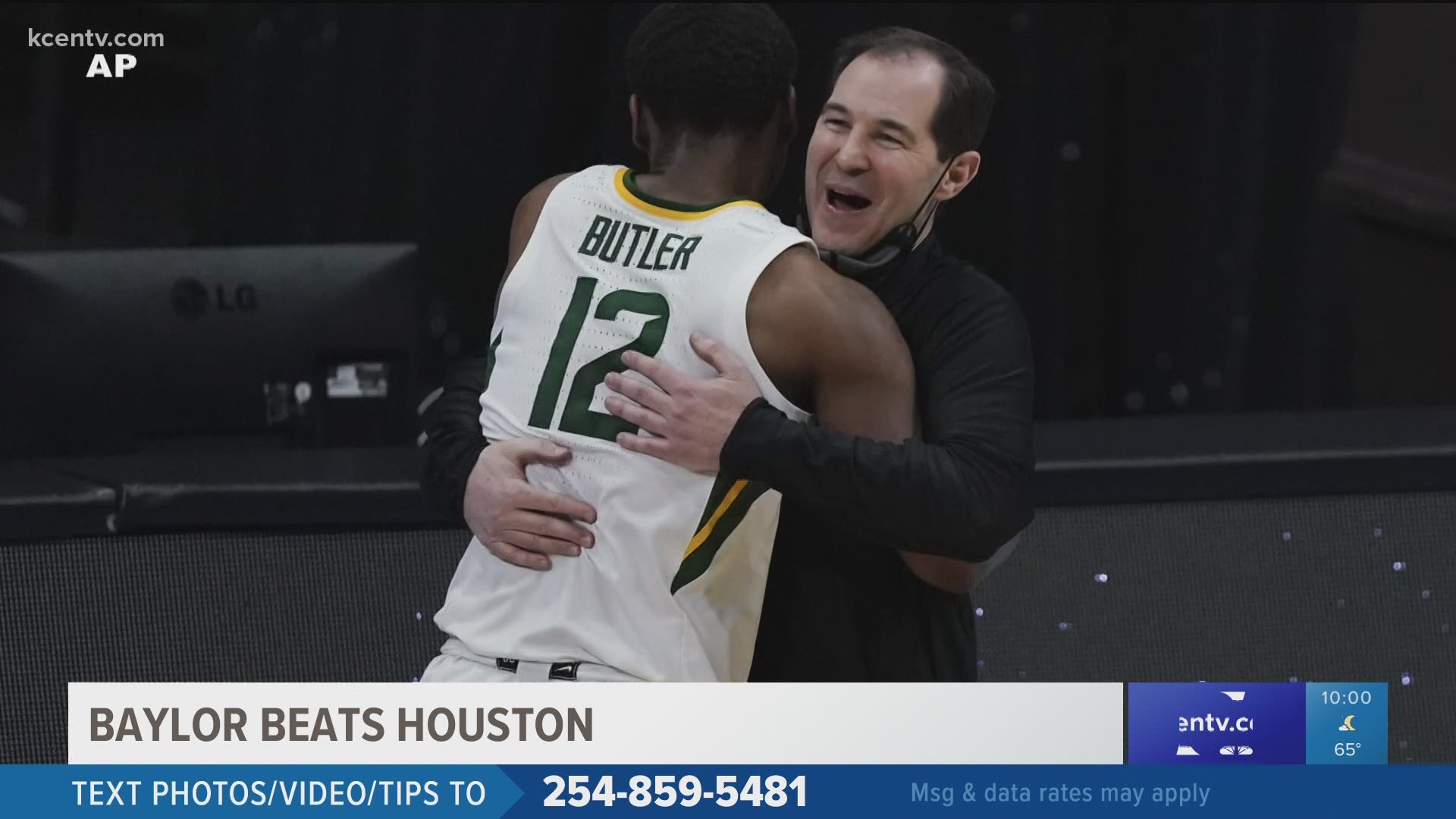 INDIANAPOLIS — For the first time since 1948, the Baylor Bears will play for a national championship.

The Bears led Houston 45-20 at halftime, the fourth-most lopsided halftime score in NCAA Tournament history in a Final Four game.

Back-and-forth for the first five minutes, Baylor went on a 16-3 run in the middle of the first half to build a lead which ballooned to as much as 21 in the first frame.

Baylor guard Jared Butler finished with 17 points, all in the first half. In total, five Bears scored in double figures.

For Houston, Marcus Sasser has single-handedly kept the Cougars in the game at times. He scored 17 in the first half, 15 on three-point shots.

In the second half, the Cougars got the game down to 17 but Baylor staved several attempts at UH runs and sealed it with about five minutes to play.

The winner will face the winner of the night cap between Gonzaga and UCLA. That game is scheduled to tip at 7:34 p.m. central.