ST. LOUIS (AP) — Filip Forsberg scored 20 seconds into the game and Juuse Saros made 24 saves to help the Nashville Predators snap a six-game losing streak with a 4-2 win over the St. Louis Blues on Saturday night.

Mattias Ekholm, Colton Sissons and Calle Jarnkrok also scored for Nashville, which won in St. Louis for the first time since December 2017. Saros improved to 2-5-1 this season as he earned his first win since Oct. 26 at Tampa Bay.

Klim Kostin and Alex Pietrangelo had the goals for the Blues. Jordan Binnington made 39 saves two nights after stopping 40 shots in a 5-0 victory over Calgary.

St. Louis was outshot 22-9 in the first period, and the 43 shots allowed marked a season high.

Forsberg set the tone early when he put Victor Arvidsson’s rebound past Binnington for his 10th goal and fifth in eight games.

Ekholm gave Nashville a 2-0 lead with his fourth of the season. His shot ricocheted off Blues defensemen Jay Bouwmeester and Justin Faulk before glancing off Binnington’s blocker and into the net.

Kostin put St. Louis on the scoreboard with his first career goal 14:55 into the first.

Sissons extended Nashville’s lead to 3-1 when he pushed a puck lying in the crease underneath Binnington’s pad with 1:26 remaining in the period.

Pietrangelo cut St. Louis’ deficit to 3-2 on a power-play goal with 3:08 left in the third. Jarnkrok scored an empty-net goal with 31 seconds to go.

NOTES: Arvidsson skated in his 300th career game. He exited with a lower body injury after being cross-checked into the St. Louis net by Robert Bortuzzo, who was not penalized on the play. ... Blues RW Troy Brouwer was scratched for the second straight game as he awaits his work visa. … Blues LW Jacob de la Rose played his 200th NHL game.

The teams play each other again Monday night in Nashville. Their remaining two meetings will also come in back-to-back games Feb. 15-16. 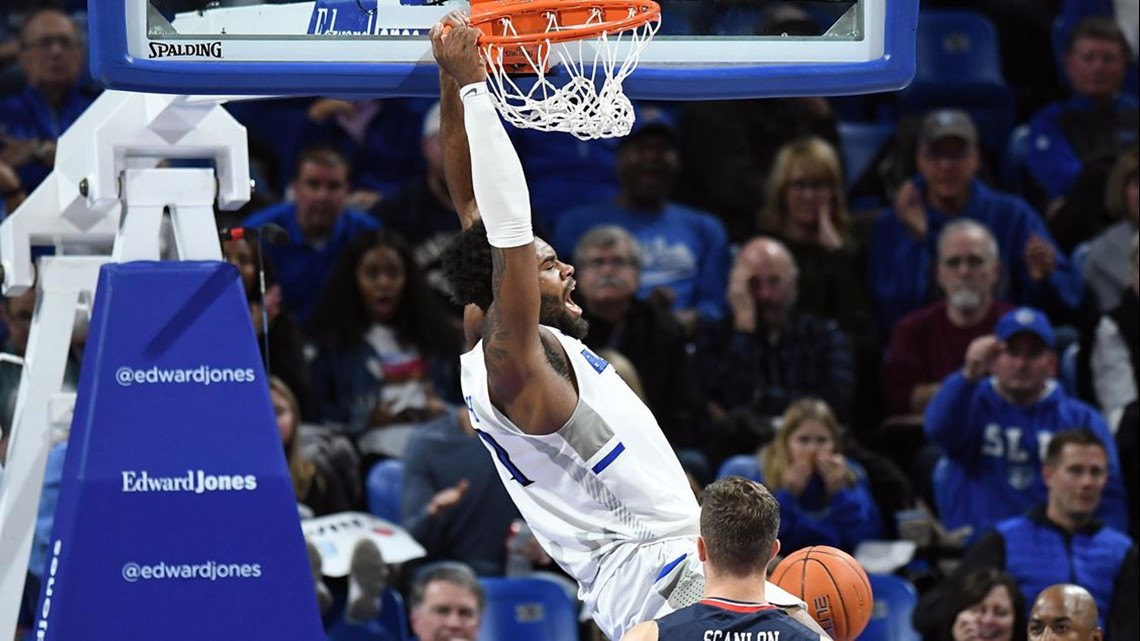